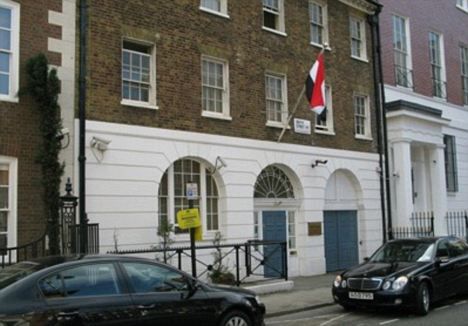 President Abdel Fattah al-Sisi delivered a televised address on Saturday to all citizens, both at home and overseas, urging them to vote amid fears of a low turnout in Egypt’s parliamentary elections.

“I call on all Egyptians to take to the polls, and to rally strongly once again to complete the final stage of the political roadmap,” Sisi urged.

The first day of voting for Egyptian expatriates commenced on Saturday, with polling stations in 139 embassies and diplomatic missions around the world.

Voting will continue overeas for a second day on Sunday in the first stage of Egypt’s parliamentary elections, as the polls open at home on Sunday and Monday.

While Egyptian diplomats spoke positively about the first day of voting overseas, it appears the turnout of expatriates on Saturday was far lower than for the last parliamentary elections, which took place in late 2011, early 2012.

The initial stages of this political “roadmap,” in place since the military-led ouster of Islamist President Mohamed Morsi in mid-2013, included the constitutional referendum of January 2014, and the presidential elections in May of that same year.

Sisi appealed in particular to Egyptian youth, who have not widely participated in other votes since Morsi’s ouster.

In a phone interview with the privately owned CBC Extra satellite channel, the Egyptian ambassador to Saudi Arabia, Afifi Abdel Wahab, stated, “turnout is good, thank God,” adding that crowds of voters were queuing outside two polling stations at the embassy in Riyadh, and at the consulate in the Red Sea City of Jeddah.

Abdel Wahab claimed these crowds started gathering before the polls opened at 9 am, and that voting had taken place so far without incident.

Polls are due to remain open at these diplomatic missions until 9 pm local time. Videos posted online by CBC Extra from Saudi Arabia, the United Arab Emirates and other gulf states, showed a handful of voters casting their ballots, with no evidence of the queues mentioned.

The Reuters-affiliated Aswat Masriya, reported on Saturday afternoon that Saudi policemen had arrested “a group of campaigners” for the ultra-conservative Salafi Nour Party outside the Egyptian embassy in Riyadh.

Embassy officials reportedly called Saudi police to respond, as those campaigning outside polling stations were violating regulations. It is not clear how many, if any of them, were arrested.

Saudi Arabia is by far the principle voting center in the Arab World for expatriate Egyptians. Estimates suggest that there are over 1.5 million Egyptians working and living in Saudi Arabia, making it the largest concentration of voters, followed by the USA, Libya, and Jordan.

There are no polling stations in Libya, Syria, Iraq, and the Central African Republic, due to the security situation in these countries, and reports indicate that voting will also not be taking place in Yemen.

Egyptian ambassador to Jordan, Khaled Tharwat, told the state-owned Al-Ahram news portal that the voting process at the embassy in Amman and the consulate in Al-Aqaba “commenced with a low turnout on Saturday, as this coincides with the weekend.”

The Egyptian ambassador in the UK, Nasser Kamel, told the privately owned Youm7 newspaper that voting at the embassy in London was taking place smoothly, and “in an festive atmosphere,” as he alleged transpired during the presidential elections there in May 2014.

Quoting activists promoting the parliamentary elections overeas, the privately owned Al-Watan newspaper reported that a high percentage of Egyptian youth would be voting, especially in the United States and Europe.

As for the vote in the Australian capital Canberra, diplomatic sources told Youm7 that the turnout there was “weak.”

In New Zealand, Egyptian ambassador Tareq al-Wassimy told Youm7 that he didn’t expect a high turnout on Saturday or Sunday, as most Egyptians expatriates are from Cairo and are therefore voting in the second phase of the elections.

The second phase of elections, including Cairo and 12 other governorates, is scheduled to be held on November 21 and 22 for Egyptian expatriates. If needed, run-offs will be held overseas on November 30 and December 1.