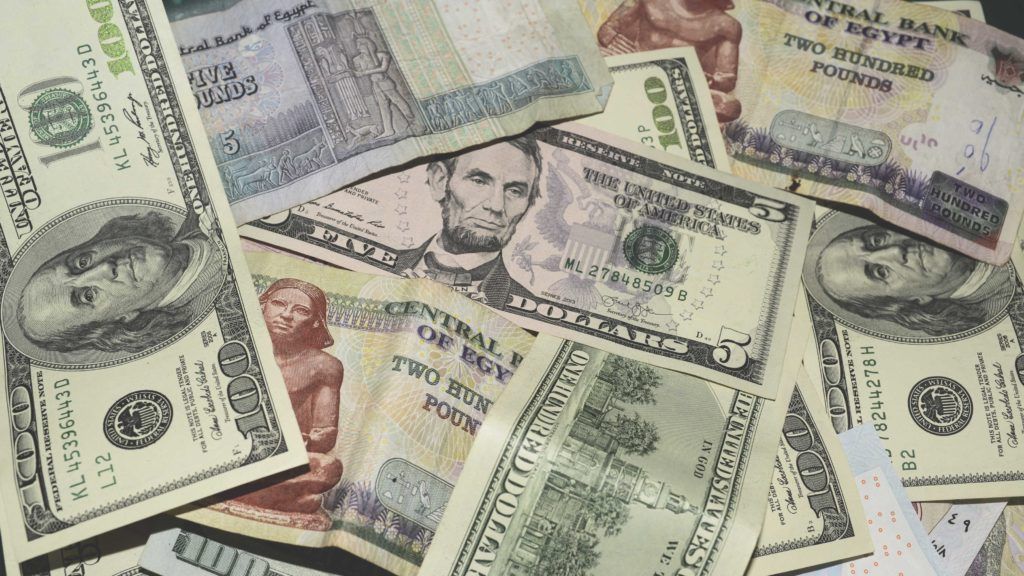 Egypt’s Central Bank (CBE) allowed the pound to drop by 10 piasters during its official currency auction Thursday, bringing the official exchange rate down to LE7.83 to the US dollar.

The CBE allows banks to resell dollars for an additional 10 piasters, bringing the retail price to LE7.93 to the dollar.

This is the third time the CBE has allowed the pound to weaken this year. A series of devaluations in late January and early February brought the exchange rate from LE7.14 to the dollar to LE7.53.

In early July, the pound was allowed to fall again, to LE7.73 to the dollar, where it remained until this Thursday.

By maintaining a peg to the US dollar, the pound rose in value compared to other global currencies, like the euro.

In the meantime, Egypt has suffered from a foreign exchange shortage. At the end of September, foreign reserves dropped to $16.3 billion, compared to $36 billion before the 2011 revolution.

The Central Bank has also maintained tight controls on foreign currency, which local businesses say is making it hard to import goods, parts and other necessary supplies.

On Wednesday, the cabinet announced that Egypt was in negotiations with the world bank for $3 billion worth of loans, The funds, the Cabinet said, will be used to help meet Egypt’s foreign exchange needs.

The Central Bank’s decision to maintain a strong pound has been a source of controversy recently, with experts ranging from the World Bank to the minister of investment arguing that the pound should be allowed to weaken to protect Egypt’s foreign reserves and make Egyptian exports cheaper on the global market.

Because Egypt relies heavily on imported food and consumer goods, a decrease in the value of the pound is likely to have an inflationary impact, making goods more expensive for consumers.

Egypt is also facing high inflation, with food prices in particular shooting up. According to state statistics agency CAPMAS, vegetable prices went up by 19.2 percent in September, pushing annual consumer inflation up to 9.2 percent.