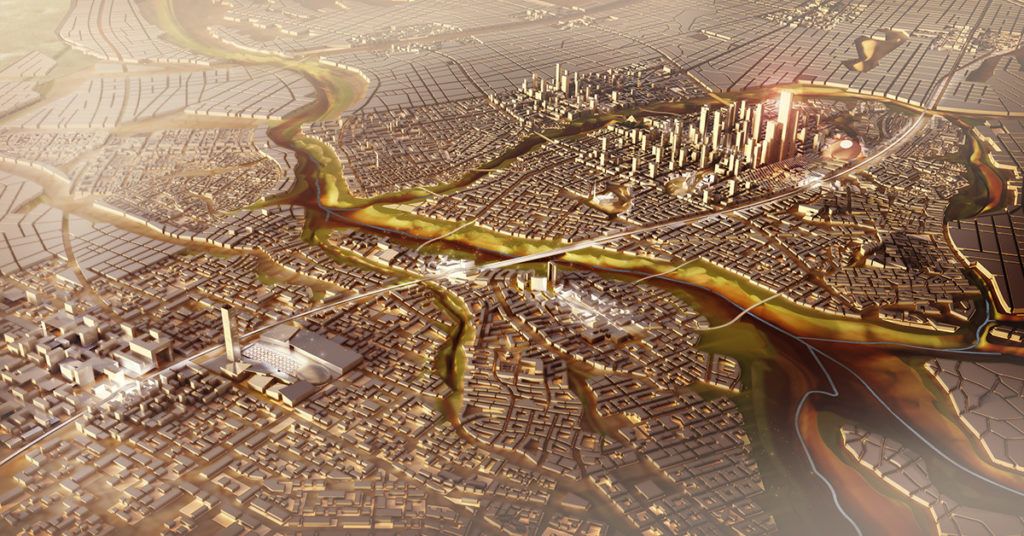 President Abdel Fattah al-Sisi has set a two-year deadline for the completion of the first phase of an ambitious plan to build a new administrative capital.

The clock will start ticking in January 2016.

According to Presidential Spokesman Alaa Youssef, the Housing Ministry accepted the new plan and timeline during a meeting on Sunday with the president.

The project was first announced at the Egypt Economic Development conference in March, at an estimated cost of US$45 billion. It was originally to be led by the Housing Ministry, in partnership with Capital City Partners, a UAE-based fund led by Mohamed Alabbar, who also heads property developer Emaar.

By June, negotiations with Capital City Partners were falling apart, and in August Egypt announced it had reached a development deal with mammoth state-owned China State Construction Engineering Corporation.

The first phase of the plan covers 10,500 feddans of land, and is to include the construction of ministries and other government buildings, a commercial center, 15,000 housing units, schools, a university complex, the initial stages of a “medical city” and exhibition grounds, Youssef said. It will also have a central park, said to be the largest in the Middle East.

According to Youssef, the president believes the new capital will be “a modern and sophisticated city reflecting the nature and culture of Egypt and providing a new life for Egyptians.” He also emphasized that the city will include low-cost housing and serve as a model for environmentally friendly cities.

In August 2014, Sisi declared that a new branch of the Suez Canal should be built in one year, rather than three years as originally proposed. That project was completed on time, although doing so required bringing in foreign firms to speed up the dredging work.

By contrast, in March 2015, Sisi — who was then minister of defense — launched a housing scheme that promised to deliver a million-units of housing by 2020. In partnership with UAE-based Arabtec, construction was set to begin in late 2014, with the first homes delivered in early 2017. Work on that project has not yet started.