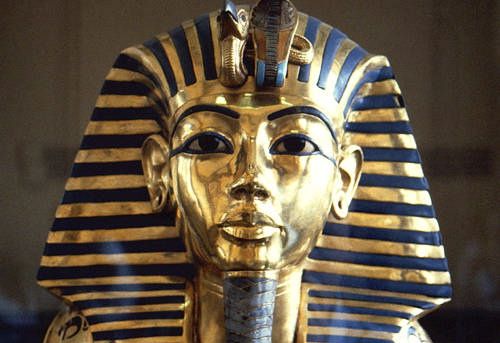 The Antiquities Ministry sent out an email cancelling an invitation previously sent to the media to observe the restoration of the King Tutankhamun mask on Sunday.

A joint Egyptian and German team will begin to restore the famous mask next week after it was damaged when a museum worker dropped the mask, broke off the beard and then hastily glued it back on with epoxy.

The state–owned Al-Ahram reported that the museum is setting up cameras in the room where the masking is going to be restored and the media would be able to observe the process on Sunday at 5pm.

However, the invitation was rescinded on Sunday when the Antiquities Ministry’s Press Office informed the media it would need a week to prepare for the restoration of the mask, but that journalists were invited to view the mask in a week’s time.

Al-Ahram also reported that the German Foreign Office donated 50,000 euros toward the maintenance and restoration of the mask.

The team will remove the mask from its case in the Egyptian museum and transfer it to another room for restoration. According to Al-Ahram, a German expert stated that the epoxy should be removable.

The restoration of the mask comes almost a year after it was first damaged in August 2014, when workers were attempting to adjust the lighting around the mask, but dropped it. The workers then used epoxy to glue the beard back on, a substance which Monica Hanna, an Egyptologist, previously told Mada Masr is very hard to remove.

Al-Ahram claims that beard was probably loose before it fell off in 2014 due to its age and the fact it had to be reattached to the mask in the past. The newspaper quoted Ahmed Saleh, an Egyptologist, who stated that the beard was separated from the mask during King Farouk’s time in power and was first reattached then.

After the mask was damaged, German restoration expert Christian Eckman told the media that it should be possible to “properly restore” the mask, after media reports of the damage surfaced in January 2015. Eckman also stated that the beard had been detached previously and most likely loosened over the years.

The golden burial mask is 3,300 years old and one of Egypt’s most famous artifacts. It was discovered in 1922 by English archeologists, when they first located King Tutankhamun’s tomb.