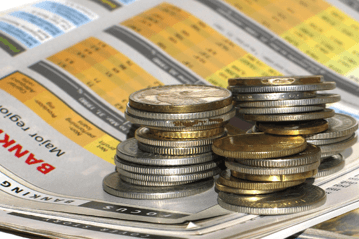 Egypt has given an initial green light to legislation that would bring it a step closer to introducing Islamic bonds as a long-awaited financial instrument.

On August 19, the economic legislation committee under the Legislative Reform Authority initially approved proposed amendments to the existing securities law. Among these amendments, a chapter of 18 articles was added to regulate the issuance and trading of Islamic bonds, known as sukkuk, on Egypt’s capital market, as a tool for financing and raising capital.

In a recent interview with the privately owned Al-Masry Al-Youm newspaper, Finance Minister Hany Kadry Dimian said he expects the amendments to be ratified during the current fiscal year, with the hope that it will help plug the deficit.

The additional chapter replaces the controversial sukkuk law, passed in May 2013 under former President Mohamed Morsi. At the time, the law was met with much opposition.

When Morsi ratified the sukkuk law, it was touted by the cash-strapped government as the solution to Egypt’s sluggish economy, in that it would attract a more diverse pool of local and foreign investors — those who find the Sharia-compliant no-interest option appealing. The proposition was to finance mega-scale infrastructure projects by issuing sukkuk, and the Suez Canal development project was one example of how this financial instrument would be utilized.

There was fierce opposition to the law, with critics claiming it would essentially lead to selling off Egypt’s national assets, most dangerously to foreigners. There was also concern that the model to be followed would not ensure the rights of the state.

Sherif Samy, chairman of the Egyptian Financial Supervisory Authority (EFSA), says that, while the reaction was somewhat exaggerated, the law did have some technical flaws.

With the subsequent tumultuous changes in leadership and governments, the notion of fostering Islamic finance via new instruments fell to the wayside. Some economists even argue that the whole concept of Islamic finance was tainted by the Morsi experience and its association with Muslim Brotherhood rule.

But Egypt’s history with Islamic finance dates back decades before Morsi and the Brotherhood, and plans to expand its scope locally are long overdue, in comparison to similar markets. It continues to be a goal of successive governments and its absence leaves a curiously gaping hole in Egypt’s financial sector.

Passing these recent amendments is therefore, first and foremost, an affirmation that the state is not fundamentally against the concept of enhancing Islamic finance.

In 2014, Islamic finance assets in Egypt reached US$12.1 million, of which $11.5 million were Islamic banking assets, according to the ICD-Thomson Reuters Islamic Finance Development Report, an annual barometer of the health and development of the industry.

There are currently three fully-functioning Islamic banks in Egypt and 11 other banks licensed to issue Islamic financial instruments, with a total of 222 operating branches, according to Mohamed al-Beltagy, chairman of the Egyptian Islamic Finance Association (EIFA), who adds that, at the end of this past June, “the size of Islamic banking in Egypt reached LE150 billion.”

Samy maintains that the chapter added to the securities law will regulate and draw out the technical procedures for issuing Islamic bonds, determining things such as “the date of issuing the bond, the terms and conditions of approval, whether the bond will be listed on the bourse or not, etc.”

The previous law was marred with gaps and flaws that the articles in this new chapter address, he adds, “such as which companies are allowed to issue Islamic bonds, what their size should be, how the bonds will be dealt with in the bourse in the long term (since some bonds can stay for 10 years or more).”

Officials found no need for a separate law concerning sukkuk and instead decided that regulations could be added to the existing framework governing securities, treating it like other financial instruments. “We also needed to get rid of the ‘Morsi’s law’ and associated taboo,” he says.

The authority will not be deciding whether the bond is actually Islamic, Samy explains. “If whoever is issuing [bonds] wants to add that label, then a control committee will be formed to decide this and not the authority,” he adds. The bank or institution seeking to issue sukkuk will select at least three members for the committee from a database of about 30 names.

“When it comes to the principles of Islamic sharia, there are some concepts that are still disputable, so we decided to stay away from this” he adds.

Beltagy, who took part in putting together the new chapter, tells Mada Masr that it is vital for “people to stop linking Islamic bonds to a certain political trend, and see it as a way of financing projects and raising capital that is even used in many non-Islamic countries, such as the UK.”

Sukkuk are gaining traction regionally as well. Last month, the International Finance Corporation (IFC), the private sector arm of the World Bank, launched a $100 million sukkuk to support private sector development in developing countries in the MENA region and other parts of the world. The sukkuk will be listed on NASDAQ Dubai and the London Stock Exchange, according to an IFC statement.

Globally, the size of Islamic finance had reached $1.2 trillion in 2012, divided between 60 countries, with around 800 operating banks, according to EIFA.

In December 2010, the EIFA was established to provide Islamic banks and researchers with reliable data and needed consultation services. The association organizes conferences and seminars, as well as publishing an industry-specific magazine and quarterly reports.

This past June, the EIFA obtained a license from the Bahraini Accounting and Auditing Organization for Islamic Financial Institutions (AAOIFI). Established in 1990, AAOIFI is an international non-profit corporate body that prepares accounting, auditing, governance, ethics and Sharia standards for Islamic financial institutions and the industry.

Beltagy told Amwal al-Ghad that the license from the AAOIFI will allow the association to conduct accreditation tests for bankers and auditors of Islamic banking in Egypt. This will allow the association to give two international certificates related to Islamic finance, CIBA and CSAA, for researchers and bankers, as well as offer training to those who want to obtain the certificates, a step that will help in improving the human capital in the field.

The history of Islamic finance and banking in Egypt dates back to the early 60s, with sporadic Sharia-compliant products on offer. According to a study by the African Development Bank, Egypt was eyed by the Gulf in the 70s as a potential market for Islamic finance, because of its population and the high number of Egyptians working in the Gulf sending remittances to their families. Then in 1977, a law was passed permitting the establishment of Islamic banks.

The Faisal Islamic Bank of Egypt was established in 1978, followed by Al-Baraka Bank of Egypt in 1980, both mostly financed by Gulf money.

During the 90s, Islamic finance in Egypt took a hit due to unauthorized Islamic investment companies that became popular, while being largely unregulated, through which hundreds of clients lost sizeable investments. The most infamous cases were those of El-Rayyan and El-Saad, which offered extremely high returns to investors compared to banks, but eventually were unable to deliver on their promises.

Since then, according to the African Development Bank, one of the main reasons Egypt has lagged behind is that it was not promoted as an international center for Islamic finance by previous governments, despite its long history and massive potential. Meanwhile, countries like Bahrain and Malaysia have become robust hubs for Islamic finance.

For those trying to grow the local industry, there is hope that the new legislation regulating sukkuk will help put Egypt on a new track.

AD
You Might Have Missed
What we talk about when we talk about trees
Mugamma revisited: Reimagining the building and the square
Where do old lesbians go to die?
Carbon Colonies & A Green New Deal
AD
Shahd Essam
8 articles on Mada

Topics
Related
Ashraf Salman
At Euromoney, ministers seek opportunity in global economic tumult
Shahd Essam | At this year’s edition of the annual Euromoney Egypt Conference, ministers maintained a note of decided
2015 Egypt Economic Development Conference
Update: As economic summit draws to a close, deals said to reach $38.2 billion
While day one of the Egypt Economic Development Conference (EEDC) showed how much Gulf backers are willing
Europe
Europe, and the Islamic State within
Alfred Raouf | “One day, not very far from now, Europe will wake up to a nightmare.” I made this comment to friends
bonds
Finance Ministry names top players in risky bond industry
The Ministry of Finance released the names of what they referred to as the primary dealers in the Egyptian