5 questions for a parliamentary candidate: Marwan Younis
By
Mada Masr 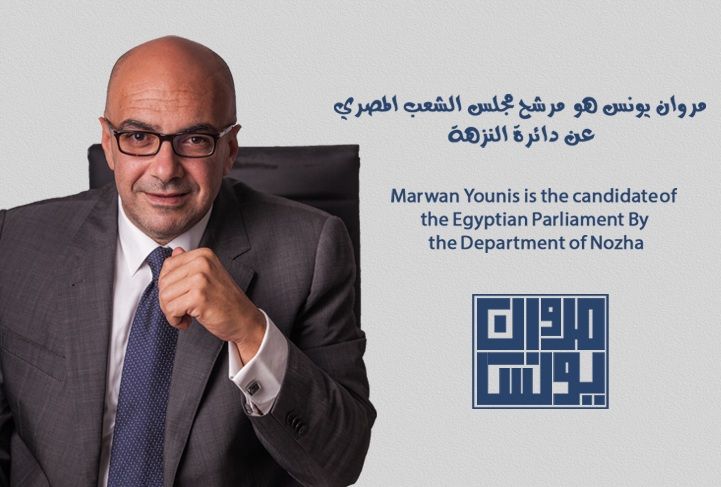 Marwan Younis, a political media and planning consultant, was part of President Abdel Fattah al-Sisi’s campaign team. He’s running for the Nozha seat in East Cairo in the 2015 parliamentary elections.

Why were you interested in running in the elections?

To continue the political path I started in 2005, and through which I accumulated expertise and know-how. I am running in order to be part of a political process that is organized and effective, and in order to pursue our legislative dreams.

What are your priorities if you win a seat in parliament?

I have a legislative agenda ready, including a bill governing the Supreme Media Council, a revamp of the law governing anti-corruption bodies and a bill to establish a youth commission.

What political force supports your candidacy?

I am running as an individual candidate through the Nation’s Future Party, which is part of the For the Love of Egypt electoral list. It’s an emerging party that depends on the weight of its members. I chose to be part of it in order to support the party and its youth members. The larger For the Love of Egypt list does not support individual candidates in any formal way.

Do you feel the surrounding context is promising for your success in a fair election?

Anyone running has to be confident and trust their voters. I have the political expertise that supports my candidacy, and hence I am confident.

How competitive do you feel this election will be?

This time, it’s a real election. Candidates will earn their success. It’s hard for any fraud to occur, with mostly individuals running for seats. As for competition, there has been an unspoken agreement between civil parties not to create competition between our members.