​Egypt’s new Cabinet: What changed and what didn’t?
By
Mada Masr 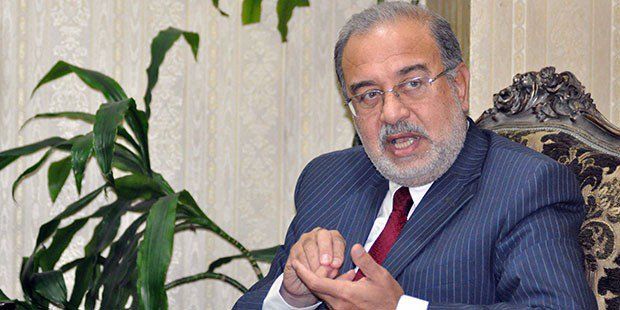 A new Cabinet was sworn in under the leadership of Prime Minister Sherif Ismail on Saturday, after the resignation of Ibrahim Mehleb’s Cabinet last week amid allegations of corruption against former ministers.

Mohamed al-Assar, the new minister of military production, was previously a member in the ruling Supreme Council of Armed Forces (SCAF) in 2011. In July of that year, Assar was the mediator sent to reassure the US administration that SCAF was not an extension of the old administration, but that it would not allow foreign monitoring of Egyptian elections. He was also the public face of the military following the death of Coptic protesters at the hands of military forces in 2011 in what is known as the Maspero massacre. Following his retirement, he was appointed as vice minister of defense for armaments and was involved in brokering aid and arms deals with the United States.

Ahmed Zaki Badr returns as minister of local development after having served as minister of education between 2010 and 2011. In 2013, he was prevented from flying to Sudan due to a travel ban. He has faced widespread accusations of inciting violence against students and corruption during his tenure as the head of Ain Shams University.

Hisham Zaazou also returns as minister of tourism after holding this position between 2012 and 2013 as one of the main anti-Islamist voices in former Prime Minister Hesham Qandil’s Cabinet. He had threatened to resign when a member of Jama’a al-Islameya was appointed as the governor of Luxor, and comes from a banking and tourism business career.

Yasser al-Qady has been made the new communication and information technology minister. On Friday, following news of Qady’s possible appointment, sources at the communication sector told privately owned Al-Tahrir newspaper that a number of leading figures at the sector were planning on filing mass resignations if he was appointed. However, the information minister’s counselor, Khaled Sherif, denied this to privately owned Al-Bawaba.

The new minister of international cooperation, Sahar Nasr, is one of two newly appointed female ministers in Ismail’s Cabinet. Nasr served as the lead financial economist in the World Bank’s Finance and Private Sector Development Department of the Middle East and North Africa. She was appointed member of the economic council at the presidency last June, serving under Sisi to provide details and solutions to the Egypt’s economic situation.

The only other female minister appointed was Nabila Makram Abdel Shahid, who was made minister of the newly formed Immigration and Egyptian Expatriate Affairs Ministry. Abdel Shahid has a background working for the Foreign Ministry.

Ahmed Rady, an orthopedics doctor and the former dean of medicine at Ain Shams University, was appointed as the new health minister.

One of the more controversial choices for the new Cabinet is Saad al-Geyoushy, the new transportation minister. Major General Geyoushy previously served as head of the Public Authority for Roads and Bridges for a year that ended in March 2015, after being delegated to this position by the Defense Ministry. During the turbulent year, a number of tragedies occurred, including the death of 18 students in a collision between a train and their school bus in Beheira, for which he was not held accountable. Geyoushy was also criticized for failing to meet the objectives of Sisi’s roads and bridges project as he only managed to finish 3.5 percent of the assigned tasks, privately owned Al-Badil reported.

Essam Fayed was named the new agriculture minister after former Minister Salah Helal was arrested on corruption charges earlier this month, possibly instigating the ministerial reshuffle. Fayed was formerly the dean of the Faculty of Agriculture at Ain Shams University and the permanent representative at the United Nations in Italy, liaising with the World Food Program and the International Fund for Development.

The new higher education minister is former head of Zagazig University Ashraf al-Shihy, whose most prominent decision was terminating former President Mohamed Morsi’s contract as a member of the Engineering Faculty’s teaching staff.

Gamal Sorour has been appointed as the new minister of manpower in Ismail’s Cabinet, after climbing the bureaucratic ladder in the ministry for 32 years.

Meanwhile, Tarek al-Molla has taken over Ismail’s former post as petroleum minister. Molla was previously the head of the Egyptian General Petroleum Corporation.

The Technical Education and Vocational Training Ministry was merged again with the Ministry of Education, only six months after its original formation as a separate ministry within Mehleb’s Cabinet. The ministry was originally created to assert the state’s attention to the needs of the jobs market, to provide skilful labor capable of filling this gap and eliminate unemployment, privately owned Al-Shorouk reported. Despite being around for six months, an administrative frame was never established for the ministry. Al-Hilaly al-Sherbiny was made the new education minister, after being appointed deputy head of Mansoura University for Student Affairs by Mehleb.

The Ministry of Scientific Research was also merged with the Higher Education Ministry.

Additionally, both the ministries of Population and Urban Development were merged with the ministries of Health and Housing respectively, ousting ministers Hala Youssef and Laila Iskandar from their positions. Iskandar, who had previously lost her position as environment minister in a cabinet reshuffle after standing against the use of coal for energy, was fighting against the forced eviction of people residing in slums.

Mounir Fakhry Abdel Nour has also lost his ministerial post after serving as minister of tourism in four separate cabinets and as minister of commerce and industry in Mehleb’s Cabinet.

The Ministry of Transitional Justice was changed back to the Ministry of Legal and Parliamentary Affairs after being the subject of much controversy. In the past, it was led by prominent Mubarak-era figures, including Kamal al-Shazly and Mofeed Shehab. After the 2011 revolution, it was named the Ministry of Democratic Transformation and Social Development, and was headed by Yehia al-Gamal and Ali al-Selmy. It was re-established with its original title, the Ministry of Parliamentary and Shura Council Affairs, during the administration of former President Mohamed Morsi, as part of Qandil’s Cabinet.

In 2013, Judge Hatem Bagato was appointed as minister, followed by Judge Amin al-Mahdy during Hazem al-Beblawi’s Cabinet, when it was renamed the Ministry of Transitional Justice and National Reconciliation. It was renamed as the Legal and Parliamentary Affairs Ministry in this latest reshuffule. The new minister, Judge Magdy al-Agaty, previously served as the vice president of the State Council, approving many of the laws that have been passed in the absence of a parliament, including the controversial Protest Law.

Minister of Endowments Mokhtar Gomaa also remained on board against expectations, after reports of possible corruption.