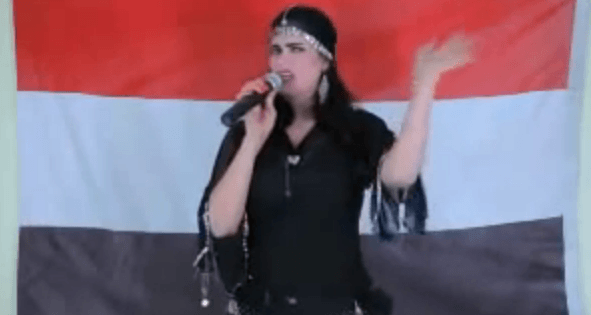 It seems politics are in the Sisi family’s blood.

Sama al-Masry files slander charges, faces lawsuit of her own

Also in Gamaleya, belly dancer and media personality Sama al-Masry has stepped up her feud with rival Haidar al-Baghdady. While speaking on a TV show, the Mubarak-era parliamentarian reportedly said that Masry should withdraw from the race, as the people of Gamaleya would never allow themselves to be represented by a belly dancer — and furthermore, she’s not even a Gamaleya resident, he claimed. Masry responded by filing slander charges with the prosecutor general, Al-Masry Al-Youm reported.

Masry finds herself on the other side of the litigious divide, however, in another lawsuit that a Gamaleya lawyer filed to disqualify her candidacy. The plaintiff said the constituents were “outraged” by her elections bid due to “her reputation as a belly dancer,” the privately owned news outlet Youm7 reported. Hearings are scheduled to start on Saturday at the Administrative Court.

The scandal-plagued performer rose to international fame after her video declaring support for Sisi and disdain for US President Barack Obama went viral in August 2013.

The Salafi Nour Party is currently facing several lawsuits calling for its dissolution due to its religious mandate, but the party is still contesting the elections — just with many fewer candidates than originally thought.

The party is reportedly only fielding two electoral lists in half of the country’s constituencies. Top-ranking member Shabaan Abdel Aleem told Al-Masry Al-Youm that the Nour Party wants to show it’s not trying to dominate the elections, but rather is working to cooperate with other movements.