Countries around the world are well underway curating their participations for the 2016 Architecture Biennale in Venice, set to open next May.

But Egypt’s Ministry of Culture has yet to announce its intentions on how to determine our participation at this world-renowned event. And due to the highly centralized mode of operation in the ministry, the recent cabinet resignation has shrunk the likelihood of a transparent selection process before it is too late.

With nearly 250,000 visitors in its six-month duration, the Venice Architecture Biennale is considered the most important event of its kind for the world of architecture. Despite the inherent problems embedded in the format of international exhibitions organized around national pavilions — a 19th-century formula — the biennale is a serious forum in which Egypt has held a permanent pavilion, in a prime location, since 1952. It should use that space productively.

Egypt has participated in the architecture biennale since 1996, and the selection process for who represents the country at the biennale is opaque. Until the competition held to determine the 2014 participants, it was by direct order from the minister’s office. The results have reflected this lack of transparency.

There have been notable exhibitions, such as the 2008 exhibition led by architect Tarek Waly, focused on geometry and featuring ephemeral building materials.

But most displays at Egypt’s pavilion, without curatorial oversight, have been poorly conceived, unprofessionally installed and lacking criticality. Instead of a curator, “commissioners” act on behalf of the Ministry of Culture, and invited architects often use the platform to create a half-baked art installation, rather than a research-based architectural exhibition. The result is that Egypt’s architecture exhibitions in Venice have stood in stark contrast, with informative, engaging and critical displays in neighboring national pavilions.

Disappointing participations include the 2010 display led by Ahmed Mito, which sacrificed content and critical engagement for a showy sculptural installation accompanied by a reductive text rich with platitudes. In 2012, former Hassan Fathy student Gamal Amer led an exhibition that responded to that year’s theme of “Common Ground,” by building amateurish brick arches in the pavilion, alongside a text that invoked tradition in a simplistic, romanticized fashion.

The 2014 display, led by Ahmed Abdel Aziz and the first determined by a competition, fell short of responding to the challenge set by curator Rem Koolhaas for national pavilions to examine the history of a century of architectural modernism. Holding a competition, it seems, is not a complete answer to confronting past shortcomings: It was held very late and the winners had little time and a limited budget to realize their installation. The patchy result was a missed opportunity for Egypt to build on available research on the country’s rich history of modernism. 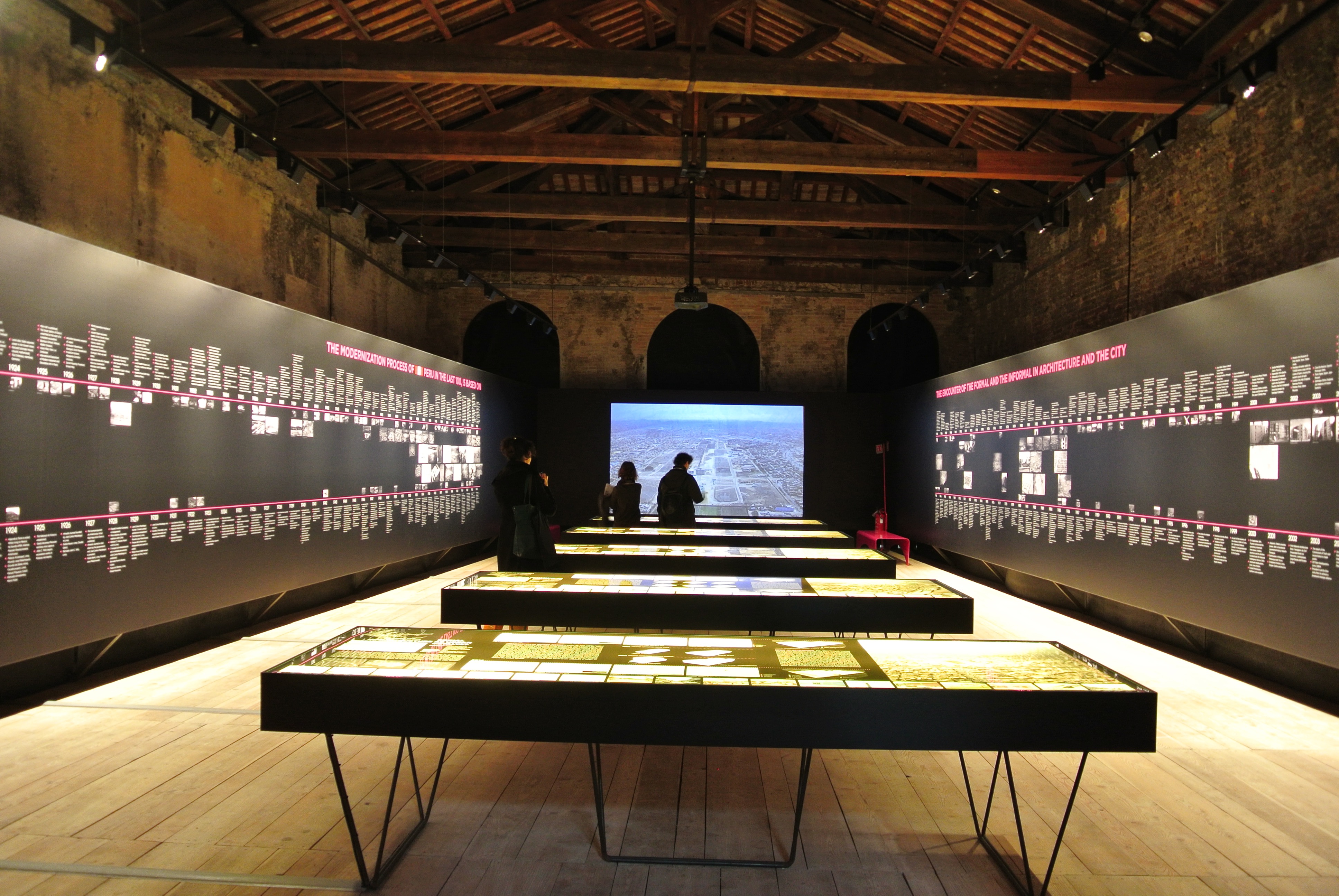 9347: Peru’s exhibition, In/formal: Urban Encounters for the Next 100, curated by Sharif s. Kahatt, investigated the relationship between formal and informal architectures that characterized the modernization process of Peru since 1946. 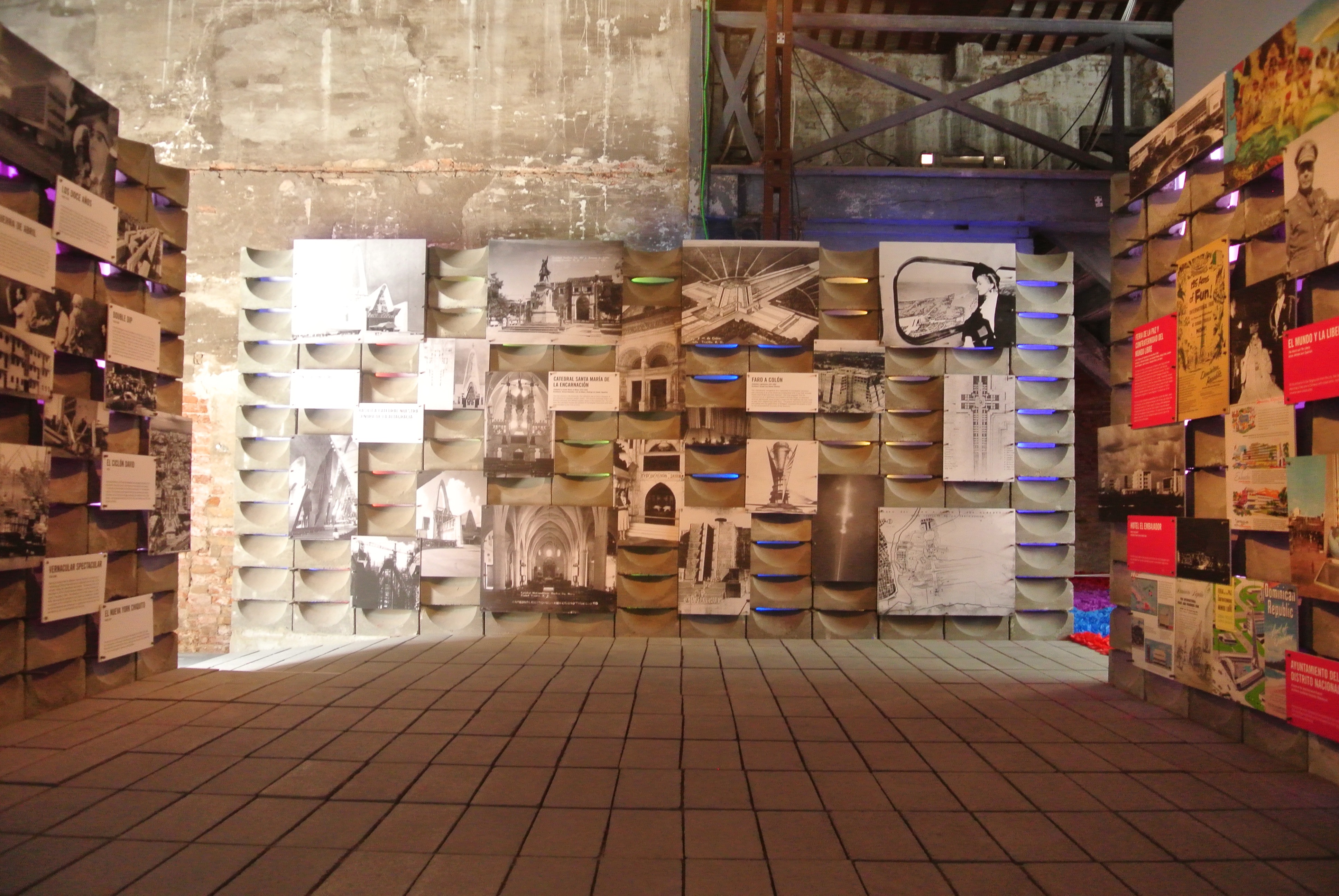 So given the record of Egypt’s past exhibitions at the architecture biennale, as well as the fact that nothing has yet been announced, it seems likely that next year’s display will fail to engage productively with the critical themes and issues to be discussed. And for 2016 in particular, that would be a shame.

This biennale director, architect Alejandro Aravena, is seeking to create an exhibition “focusing and learning from architectures that through intelligence, intuition, or both of them at the same time, are able to escape the status quo.” National pavilions should “present cases that, despite the difficulties, instead of resignation or bitterness, propose and do something.” Aravena “would like to show that in the permanent debate about the quality of the built environment, there is not only need, but also room for action.”

With this theme, Egypt can potentially present a successful exhibition, given the rich field of work undertaken here in difficult conditions by a wide range of architects and urbanists aiming to improve the lives of communities and their built environments.

The contemporary urban status quo in Egypt has been the subject of numerous studies, documentation projects, conferences and publications. Marked by vast inequality, it has also generated responses from grassroots initiatives, independent researchers and practitioners in architecture and planning who seek to utilize their expertise in the service of the underprivileged and marginalized rather than the powerful.

The 2016 biennale is about practitioners offering plans and solutions from the bottom up, rather than seeking to impose simplistic visions from the top down. It is about the work of those who propose small but effective interventions, not those who parade doomed mega projects.

Many individuals, initiatives and collectives have created room for action and made considerable efforts to productively engage with Egypt’s complex urban reality “instead of resignation or bitterness.”

These and many more are the practices that should take center stage at the Egyptian pavilion during the 2016 Venice Architecture Biennale. And there is just about time.

AD
You Might Have Missed
Mugamma revisited: Reimagining the building and the square
Where do old lesbians go to die?
Carbon Colonies & A Green New Deal
What we talk about when we talk about trees
AD
Mohamed Elshahed
1 article on Mada

Topics
Related
2015 Egypt Economic Development Conference
Capital Cairo: A regime of graphics
Adham Selim | Four months after an extravagant announcement, the government’s plans to establish a new Egyptian
Culture Ministry
The Egyptian pavilion in 2015: What happens in Venice doesn’t always stay in Venice
Alexandra Stock | Unless muddy politics take a backseat to getting quality work produced and shown, the Egyptian pavilion
2015 Egypt Economic Development Conference
Q&A with Dan Ringelstein of SOM, the urban designers behind The Capital Cairo project
Amira Salah-Ahmed | As soon as the plan to develop a new city called The Capital Cairo was announced at the economic conference
architecture
Learning from Cairo
Ursula Lindsey | Last April a group of activists, academics, architects and those who have become obsessed, in one way