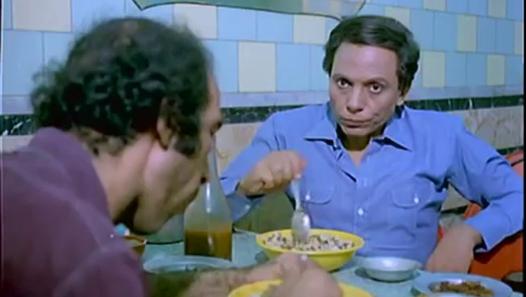 Mohamed Khan’s heros are often broken knights that are a reflection and by-product of a society undergoing a constant facelift. Misunderstood rebels, they live a perpetual struggle with their surroundings, but generally fail to change them.

Khan’s Al-Hareef (The Artful, or The Street Player, 1983) compiles all the small details in the life of one such common hero. Fares’ name actually means “knight,” and he’s a man you’d love to hate. Devoted and apathetic, broke and a spendthrift, violent and tender, proud yet frustrated – a bundle of contradictions trapped in a body born to play football.

Played by Adel Imam, Fares “al-Hareef” is a champion for the downtrodden, yet a failure in the eyes of society, his former wife, his boss and himself. Technically a shoemaker, he actually makes a living by playing beautiful football on the streets. He dives courageously into the world of bets and bookies in an attempt to rebel against job, social mores, fake fame, big sporting clubs and money.

Between the ill-fitting day job, elating football games in the afternoon and occasional one-nighters with colleague Aziza (Zizi Mostafa), pretty much nothing happens. And that’s the pure beauty and feral brilliance of the Khan and Bashir al-Deek storyline.

For their second collaboration after their wonderful Mawaeid Ala al-Ashaa (A Dinner Date 1982), both Khan with his appetite for experimentation and Deek with his realist, sympathetic scriptwriting skills draw numerous small characters with millions of smaller details buried in the decrepit city’s gut: Abdalla the wife beater (Nagah al-Mogy), Rizk the swindling bookie (Abdallah Farghaly), Aziza the amorous divorcé, Captain Moro the rundown former soccer player, Shaaban the old friend and car smuggler (Farouk Youssef), the sex-worker neighbor (Walaa Farid), and many others.

Khan effortlessly breaks a familiar story format and creates a world of real people, a world where the captain hands the player a cigarette in the changing room before the game starts.

The movie begins with the sound of Fares’ heavy breathing – as he runs in slow motion along train tracks under a flyover in downtown Cairo – and ends with the same heavy sound, suggesting that he will continue running from his repulsive reality into something liberating and anarchic. The breathing and running scenes also make us think and feel intensely with the film throughout.

Al-Hareef succumbs to the demands of his world yet plays one last game with no bets – his last act of rebellion.

“It’s over,” he says as he scores for the last time. “No more playing.”

Khan’s sixth feature, The Artful was arguably his most realist film yet. Aside from his seditious storyline, Khan brings out and polishes Adel Imam’s immense acting ability. Although not one of his most famous movies, Al-Hareef might easily be Imam’s best. Freed of his past comedic typecast roles of the 1960s and 1970s and still not part of the more commercial Imam, Sherif Arafa and Waheed Hamed cinematic trio of the 1990s, he gives a true, heartwarming portrayal of the beaten rebel with his minimalist performance – not dissimilar to Ahmed Zaki’s in A Dinner Date, another of Khan’s broken knights.

Imam has just the right physique for Fares: on the verge of paunchy yet still able to play professionally. In his early 40s, the character is still young to remember his rampant 20s, yet not old enough to maintain such exuberance. His youth is manifested in his free and skillful playing, his desire for his ex-wife and the encounters with his colleague and neighbor – which also allow the film to encompass sexual frustration and violence, and lots of shots of people’s bodies. 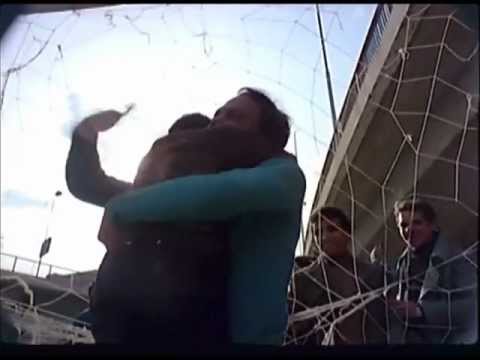 Cinematographer Saeed al-Shimi captures every single detail of this epic, excelling with his close-ups and medium shots of Fares’s legs brilliantly passing the ball and scoring. We see the darkness of the protagonist’s soul with frames of him on his bed looking onto downtown Cairo from his old wooden window. Shot mostly on gritty location, the wide shots of the football games, the roaring audiences and the grubby yet smiling faces of young children cheering are what make this movie unique.

The movie’s score, titled Al-Shawareii Hawadeet (Streets are Stories) and composed by Hani Shenouda, is the final fitting, uplifting addition to this 1980s masterpiece. Known for founding the band Al-Masryeen in 1977, Shenouda left his sound on most of the great 1980s movie scores, such as Esabet Hamada we Tutu (Hamada and Tutu’s Gang), Ghareb fe Beity (A Stranger in My House), Al-Mashbooh (The Suspect) and The Artful, his third collaboration with Imam. The soundtrack feels like a dream – smooth and wishful, a perfect amalgamation of the choral group and the keyboard.

The Artful is more proof that the 1980s was the era when Khan, among other brilliant realists, graced Egyptian cinema with its best work. 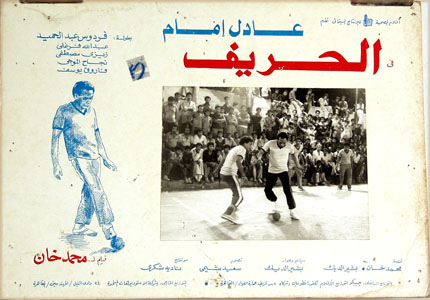 AD
You Might Have Missed
What we talk about when we talk about trees
Carbon Colonies & A Green New Deal
Mugamma revisited: Reimagining the building and the square
Where do old lesbians go to die?
AD
Amany Ali Shawky
89 articles on Mada