State shutters 57 NGOs, a total of 500 closed this year
By
Mada Masr 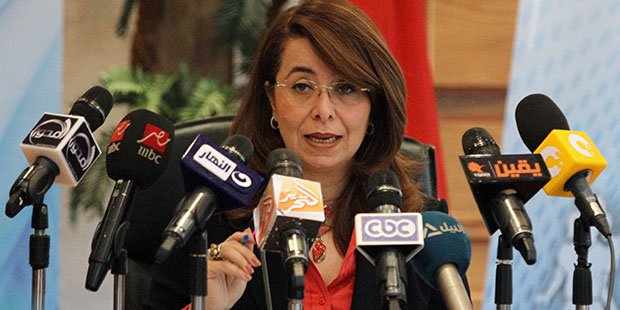 Social Solidarity Minister Ghada Waly shut down 57 non-governmental organizations (NGOs) on Monday, bringing the tally of NGOs shuttered by the state to nearly 500 so far this year.

Waly also ordered the dissolution of the administrative boards of 20 other NGOs, as the state continues its campaign against organizations financed by the outlawed Muslim Brotherhood group.

The ministry said it was enforcing rulings issued by the Cairo Court for Urgent Matters that ordered the seizure of Brotherhood assets. The group was officially declared a terrorist organization on December 24, 2013, and the courts subsequently ordered a freeze on all its assets, finances and activities.

The 57 NGOs implicated in Monday’s sweep were located in the Nile Delta region, with 33 operating in Daqahlia, 17 in Sharqiya, six in Beheira and one in Kafr al-Sheikh, according to the ministry’s statement.

Waly also issued an order to expropriate all the organizations’ offices and finances, which would then be funneled into a ministerial fund dedicated to supporting legally recognized civil society associations.

The 20 NGOs whose boards were dissolved were located in the Upper Egypt governorate of Beni Suef, the statement continued. The ministry did not provide further details as to why these boards were disbanded.

The names of the targeted NGOs were not disclosed in the ministry’s statement.

The Social Solidarity Ministry has repeatedly stated that it is not targeting civil society as a whole, but only cracking down on Brotherhood-financed NGOs, NGOs that are inactive or organizations conducting activities that deviate from their officially registered mission statement. By closing these NGOs, the ministry hopes to eradicate financial violations and bolster fiscal accountability among civil society organizations, officials say.

But even NGOs with no Brotherhood affiliations have reported increased governmental interference in their affairs, while government officials have allegedly begun investigating the functions of others.

Critics say recent NGO regulations — which were condemned by rights groups for their restrictions on foreign funding — have caused some civil society organizations to slash their budgets and downsize staff, while others were compelled to relocate outside of Egypt. Some publications were also closed due to the new rules.

Observers have accused the ministry of violating constitutional guarantees, which hold that “citizens have the right to establish associations and non-governmental organizations on a democratic basis, and these shall be deemed legal entities upon notification.”

Furthermore, “such institutions shall operate freely, and administrative authorities may not intervene in their affairs, nor dissolve them or their boards of directors or administrators without a court order.”