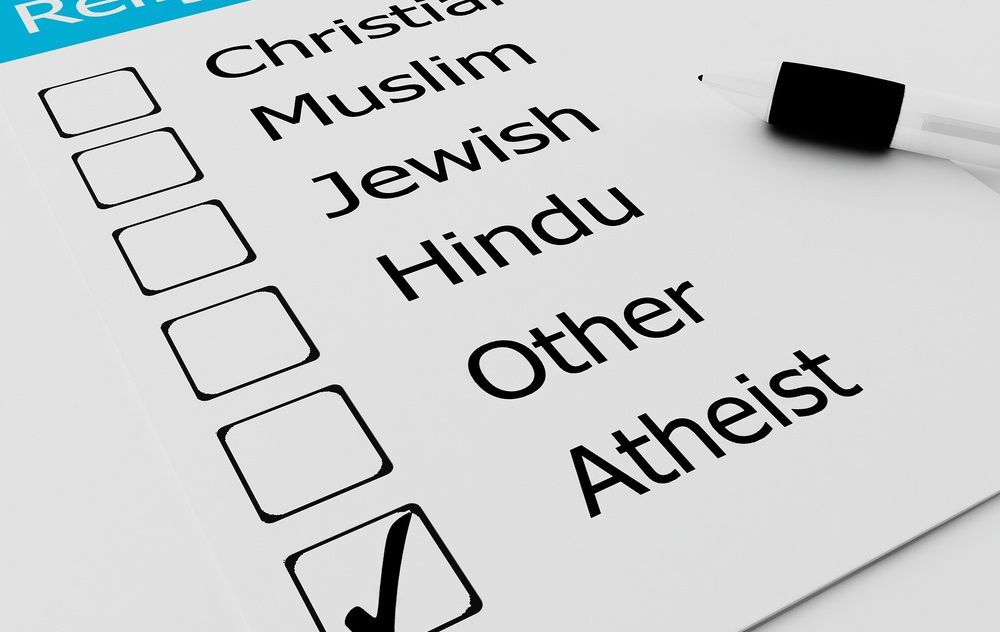 The Facebook page, “Proclaim atheism for those who have the means to do so,” active since late August, has stirred controversy in Egypt, especially among the conservative Salafi movement.

The page calls on atheists in the Arab World to join forces in openly proclaiming their non-belief, in order to confront the stigma associated with atheism.

Atheists in Syria, Lebanon, Egypt, and Algeria have taken to the page to proclaim their abandoning of religion, posting their pictures, names and ages alongside the religions they previously professed.

Other posts criticize religion for fanning the flames of holy war, promoting terrorism, and encouraging sectarian strife across the world. Quotes from Western atheists, religious sceptics and secular philosphers are also visible on the timeline.

This online page for atheists is particularly provocative, as its title is a derivation of a passage from the Quran (Surrat Al-Omran 97), which calls on Muslims — those who have the means to do so — to perform Hajj (pilgrimage to Mecca).

In response to the Facebook page this week the Salafi Daawa (Salafi Calling) movement in Egypt launched their “Anti-Elhad” (Anti-Atheism) campaign.

Sponsored by the Salafi Dawah, the Fath Center for Research and Studies’ Department of Atheism launched an anti atheism campaign to include seminars and the posting of online videos on how to confront the rise of atheism in Egypt. One of the campaigners, Ahmed Osama commented, “Facebook is one of the most dangerous platforms for the spread of atheism.”

Osama called on members of the Salafi movement to engage in dialogue with young people who are atheists or who doubt religious doctrine.

A 34-year-old male Egyptian atheist, whose name is being withheld upon request, told Mada Masr that he had neither heard of the “Proclaim Atheism” Facebook Page, nor the Salafi-led anti-atheism campaign. Although he supports anti-religious dialogue in principle, he does not feel safe proclaiming his atheism or engaging in such dialogue with Salafis, or other religious conservatives.

“Openly declaring or promoting my atheism can and would be used against me here, in my work and in my daily life,” he said, adding, “Even speaking on the phone about atheism could put me at risk if my phone is tapped. I would lose all my social credibility. I would have to justify my position, and to constantly keep clarifying my stances.”

He is even reluctant to declare his atheism to most of his family, explaining that it would disappoint them.

Further explaining his reluctance to use such platforms he said, “A significant number of non-believers in the Arab World are cynical regarding dialogue or debates about atheism in the circumstances in which we live. So they would likely not participate in such dialogues, or would perceive them to be a waste of time. I believe that other atheists in this region would perceive that it is futile to try to engage in such social dialogues here.”

Police in Egypt have threatened to arrest atheists active on Facebook, while the Cabinet, along with both Islamic institutions and the Coptic Church have launched campaigns to confront atheism nationwide.

In January this year, Karim al-Banna was sentenced to three years imprisonment after a court found him guilty of contempt of religion in light of his Facebook posts.

Human Rights Watch has called on the Egyptian state to stop persecuting atheists for expressing their views online or in public.

While atheism itself is not illegal under Egyptian law, the “contempt of heavenly religions,” the desecration of religious symbols and the mocking of religious rites in public are all illegal.

Article 160 of the Penal Code states that the desecration of religious symbols is punishable by up to five years in prison and/or fines of up to LE500. Article 161 assigns the same penalties for mocking a religion or religious practices.

Article 98(F) of the Penal Code stipulates that ridiculing the Abrahamic faiths and the propagation of atheism in words, writing, or other means, is punishable by sentences of up to five years imprisonment and/or fines of up to LE1,000.

Topics
Related
Abdeen
‘Atheists cafe’ just one target in fight against illegal business, say officials
As outrage continues to pour forth over Sunday’s crackdown on a café that was shut down
atheism
Survey claims 866 atheists in Egypt, highest in Arab World
According to press statements by religious authorities on Wednesday, Egypt has the highest number of
atheism
HRW calls on Egypt to stop prosecuting atheists
Human Rights Watch (HRW) issued a press release on Wednesday in which they called on Egyptian authorities