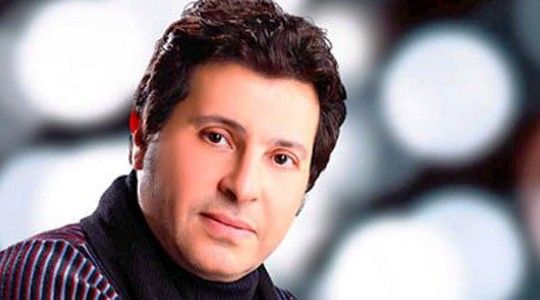 The Musicians Syndicate banned female singers from wearing “revealing clothes” during live performances on stage and in music videos on Monday reported Al-Arabiya, amid a wave of court cases against female performers for “immoral behavior.”

A statement issued by the syndicate instructs its female members and those working with a temporary permit to adhere to more conservative attire and commit to the “principles and ethics of Egyptian society.”

The statement added that if these rules are violated, members will be questioned and non-Egyptians will have their permits revoked.

Veteran pop singer Hany Shaker, the 62-year-old head of the syndicate, told a syndicate meeting that the decision aims at combating what he described as a “culture of nudity.”

Extensive meetings are being planned between all Egypt’s arts syndicates in a drive to produce material that is representative of Egypt’s name and history, Shaker added.

Pop singer and syndicate member Nadia Mostafa, whose heydey was in the 1990s, told Al-Arabiya on Monday that the music scene has recently witnessed several “violations,” and that music videos no longer promote a singer’s voice but other assets.

Mostafa said she expects that many people will approve of the decision after “movies promoting thuggery have given way for improper social phenomena.”

In another interview with state-owned Al-Ahram, Mostafa said that, as an artist, she has suffered from the existence of such vulgarity.

“Those who attend performances by these artists on the North Coast and other places do not attend concerts for talented artists with vocal capabilities,” she explained.

Producer and scriptwriter Mohamed al-Adl, however, criticized the syndicate’s decision in a phone-in on Wael al-Ebrashy’s show on satellite channel DreamTV. Adl stated that the role of the syndicate and its head is to protect its members, but Shaker’s decision “distorts the image of art and artists.”

Music critic Tarek al-Shennawy also publicly expressed his disagreement with the controversial decision. In an interview with state news outlet MENA, he implied that the music scene in Egypt suffers from more pressing problems, such as piracy.

Legal challenges to and arrests of female performers have seen a recent increase.

Belly dancers and singers Shakira and Bardis currently face charges of debauchery and promoting immorality in their music videos. The two performers are being sued over the video clips for their respective songs “Felfel wa Kamoun” (Pepper and Cumin) and “Ya Wad ya Te’eel” (Hard-to-get Boy), the original versions of which were performed by belly dancer Zizi Sallem and late actress Souad Hosni in the 1970s blockbuster Khali Balik min Zouzou (Take Care of Zouzou).

In July, performer Salma al-Fouly was sentenced to a year in prison for similar charges for her racy music video of the song “Seeb Eedy” (Hands Off).

Topics
Related
belly dancing
2 more belly dancers awaiting final verdict on immorality charges
Two belly dancers are facing charges of debauchery and promoting immorality in their music video clips,
censorship
Director and performer sentenced to one year for ‘inciting immorality’
Actress and dancer Salma al-Foly and director Wael al-Sedeki were sentenced on Sunday to one year in
belly dancing
Performer arrested for ‘harming public morals’ by dancing in music video
The actress and dancer Salma al-Foly was arrested on Monday on charges of “tarnishing Egypt’s reputation”