Anti-coal campaign: Import of coal to Egypt’s ports is ‘a crime against Egyptians’
By
Mada Masr 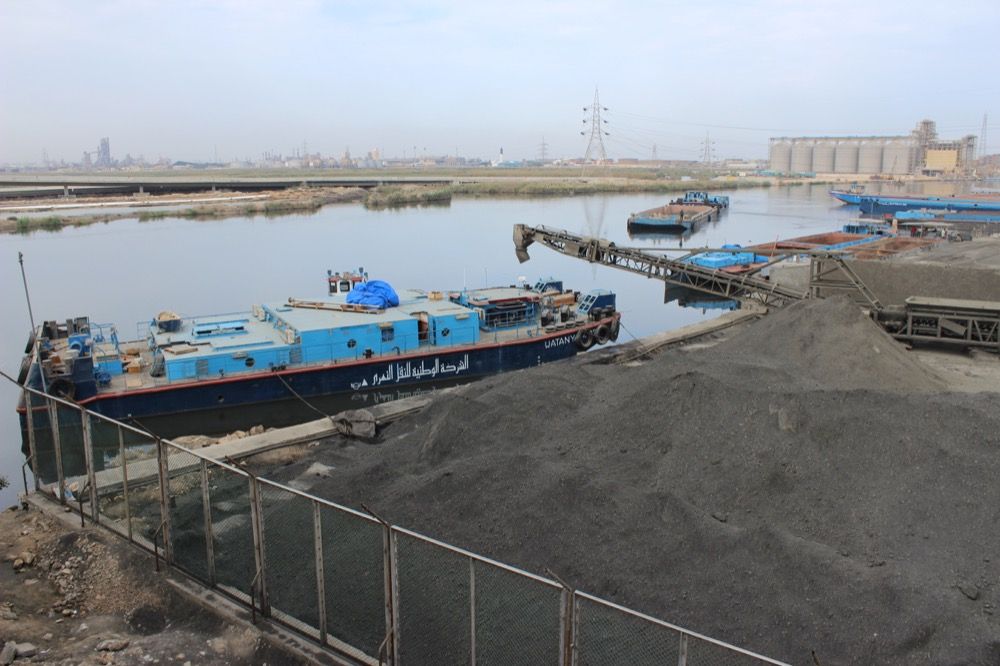 The Egyptians Against Coal (EAC) campaign strongly condemned a recent decision by the Environment Ministry to grant licenses to all ports to import coal, according to a statement.

Last week, the ministry issued a decision regulating the trade of coal and petroleum within Egyptian ports. The movement described the decision as a “crime against Egyptians” as well as future generations in terms of the damage on health, the environment, the economy and the future of tourism in Egypt.

The decision, published on August 24 in the official gazette, stipulated that “environmental sensitivity” of the ports should be taken into account in accordance with the 1994 Environment Law 4.

The campaign said that the standards and requirements set by the ministry for the unloading and storage of coal in ports do not guarantee an “effective” way to protect Egyptians’ health and environment. It added that applying such standards is also costly.

“Due to the absence of a competent executive power companies avoid paying these costs,” the statement read.

EAC also said the Environment Ministry is not qualified to monitor and control the implementation of the conditions on the long run. It also criticized the lack of specific penalties for those who violate them.

The decision also fails to preserve natural resources, the campaign said. For example, the plans stipulate using water to control coal dust. EAC pointed out that this would waste large quantities of water in a country that already suffers water shortage.

The campaigners also accused the ministry of serving the interests of foreign companies and personal interests, rather than Egyptians’ welfare.

The statement pointed to the harmful effects of coal such as the toxic substances it contains, including arsenic and mercury, which contaminate the atmosphere and harm the lungs, the heart and the nervous system. It also damages marine life, which directly affects tourism as well as fishing, the statement added.

“Since the Minister of Environment, or rather the ‘Minister of Coal,’ took office, the ministry has barely taken any legal or punitive measures against cement companies which import coal,” said EAC. “That’s why allowing the import of coal in Egypt’s ports is a serious crime against public health, the environment, Egypt’s economy – especially the tourism sector.”

Environmental and human rights activists have long lobbied for maintaining Egypt’s ban on coal, arguing that the long-term negative effects of coal would outweigh any advantages that might be gained by bringing the cheap, highly polluting fuel into the country.

Topics
Related
water scarcity
Water shortages bring suffering to Egypt’s countryside
Nada Arafat | Egypt, once celebrated as the gift of the Nile, is in the grips of a serious water crisis. With a rising
coal
Will coal use spread beyond the cement industry?
A year ago, Egypt’s Cabinet decided to allow power plants and cement producers to burn coal, opening
cement industry
Report: Suez Cement begins burning coal in Qattamiya
Suez Cement has begun trial production using coal at its Qattamiya plant on the outskirts of Cairo, reports