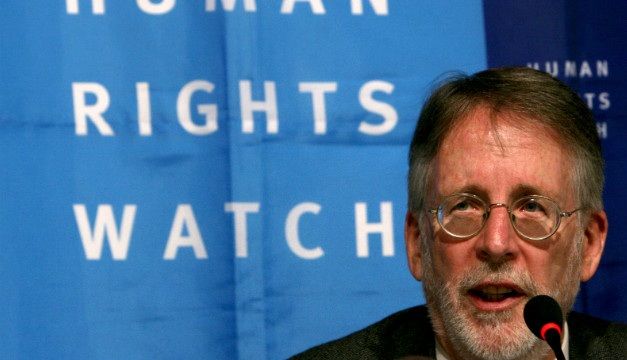 A lawsuit demanding that Human Rights Watch (HRW) be expelled and banned from operating in Egypt was accepted on Sunday and is due to be heard before the Cairo Court of Urgent Matters on September 13.

The case was filed by President Naguib Gobrael of the Egyptian Union of Human Rights (EUHR) on the basis that HRW has sided with the outlawed Muslim Brotherhood against the Egyptian state, following their ouster in 2013.

Speaking with privately-owned newspaper Al-Watan on Sunday, Gobrael said that “HRW has adopted a policy of severe hostility towards Egypt while interfering in Egypt’s sovereignty and in the affairs of its judiciary, and supporting the terrorist Muslim Brotherhood.”

Privately-owned Youm7 Newspaper quoted Gobrael as saying that HRW “held secretive meetings with the International Organization of the Muslim Brotherhood in the United States Congress and in Qatar.”

Gobrael did not mention reports that HRW has issued criticizing the human rights record of the Muslim Brotherhood.

Gobrael added that he would be presenting the court with all HRW reports concerning Egypt, from the forced dispersal of the pro-Brotherhood sit-ins at Rabea and Nahda Squares (in which hundreds of protesters were killed) on August 14, 2013, to the organization’s statement criticizing the latest Counter-Terrorism Law.

The EUHR chief has echoed statements issued by the Egyptian Foreign Ministry to the effect that HRW propagates lies and supports terrorism in the country. Other statements from the Foreign Ministry accused HRW of being biased, politicized and harmful to Egypt.

While on its website the EUHR describes itself as being an independent rights organization, it has largely towed the line of the Egyptian state and defended its human rights record over the past two years. Amongst Egyptian rights groups, the EUHR is neither well-known nor very active.

Gobrael had previously issued statements lambasting both HRW and the London-based Amnesty International for criticizing the human rights record of President Abdel Fattah al-Sisi and his regime.

On Sunday a host of mainstream media outlets reported that this lawsuit is against a foreign organization operating in Egypt.

However, the New York-based HRW does not currently operate from Egypt, nor does it maintain full-time staff in the country. In recent years, most reports concerning Egypt’s human rights record have been compiled in Lebanon.

In August 2014, security officials at Cairo International Airport refused to allow HRW’s Executive Director, Kenneth Roth, into the country where he had hoped to present his group’s findings on the events of August 14, 2013 to the Egyptian state.

HRW has repeatedly called for an impartial investigation into the bloodshed accompanying the forced dispersal of the Rabaa and Nahda Squares, while also criticizing the heavy-handed security policies of the Egyptian state.