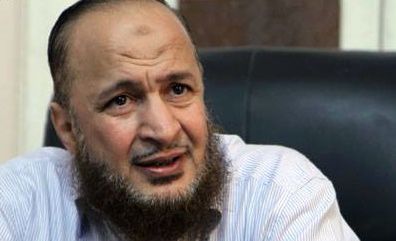 In a statement on its Facebook page, the group said that Derbala did not die of natural causes, but was “murdered” as a result of systemic negligence. He was reportedly denied medication and wasn’t moved to a hospital, leaving his health to deteriorate.

“Denying the right to treatment is premeditated murder, the responsibility for which lies with political and security bodies,” the statement read.

Derbala was the head of the group’s Shura Council and leader of its political wing the Building and Development Party. He was arrested last May, when security raided his home, according to the Freedom to the Brave Facebook page.

The prosecution renewed his period of detention for another 15 days on Saturday evening, despite numerous requests for his release.

The Interior Ministry issued a statement clarifying that he received medical attention as soon as he started feeling faint, but that he died as he was being transferred to the hospital.

The statement said that Derbala had suffered from a high fever, high blood sugar and low blood pressure when he returned from his court session. It added that he started bleeding from the nose and suffered from respiratory problems on his way to the hospital, which ultimately led to his death.

Derbala, who was accused of being part of an illegal group, had a history of blood clots and diabetes. His body was taken to Zeinhom morgue and his family is waiting to receive it.

In May, Mohamed al-Falahgy, a former member of Parliament from the Muslim Brotherhood, died in prison because authorities withheld healthcare from him, according to the Freedom and Justice Party.

Falahgy’s death came just a week after leading Muslim Brotherhood figure and former MP Farid Ismail also died in prison after falling into a coma for several days. His family and the Brotherhood accused prison authorities of criminal negligence, claiming they deliberately allowed Ismail’s health to deteriorate, without providing him with proper medical care.