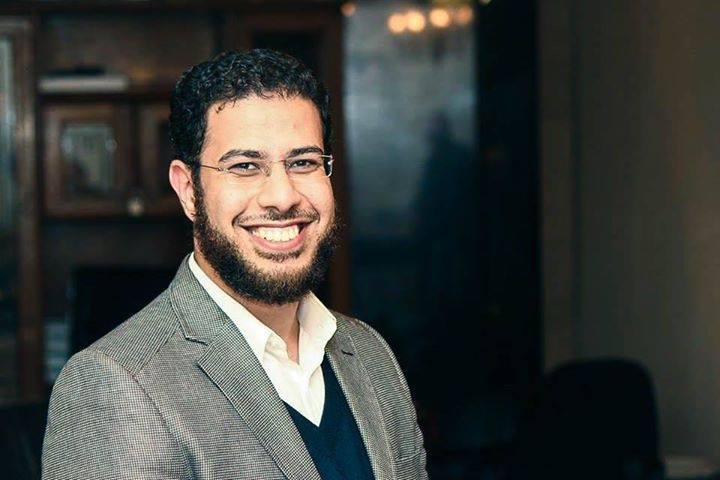 Muslim Brotherhood figures have been cranking up a smear campaign against Nour Party co-founder Nader Bakkar in recent days, accusing the aspiring young politician of unjustly winning a fellowship to attend the prestigious Harvard University in return for his party’s betrayal of former President Mohamed Morsi in 2013.

The Salafi-oriented party sided with the Armed Forces against the Brotherhood during Morsi’s military-mandated ouster, and since then has continued to support President Abdel Fattah al-Sisi’s administration.

This summer, Bakkar was awarded a scholarship to pursue a master’s in public administration at Harvard’s John F. Kennedy School of Government.

“Nader Bakkar’s scholarship to Harvard is the reward for treason,” Brotherhood member Khaled al-Ghazaly wrote on his personal Twitter account on Sunday. Several other members of the banned Islamist organization started using the hashtag, “For you Harvard I will trim my beard” in their tweets about Bakkar, with some claiming he did not meet the necessary qualifications to earn the scholarship.

Bakkar graduated with a master’s in business administration from Alexandria University in 2005. Brotherhood activists are saying he did not graduate with honors, as he claimed; but the Nour Party responded by publishing Bakkar’s diploma online, which indicates that he did graduate with distinction.

In the social media teardown, Brotherhood activists lambasted Bakkar as a liar and hypocrite who “sided with the traitor against his Muslim brothers,” worked as an informant for the authorities and served as a “dog” for the United States.

Bakkar’s fellow Salafis have also joined the chorus, mocking a picture he posted of himself standing in front of the Harvard University School of Government sporting a shorter, trimmed beard. One social media user asked Bakkar whether he had trimmed his beard or it had simply shrunk from the cold, while another asked him if a cat had eaten it. A third commentator called Bakkar “an imposter.”

But some Nour Party members have come to Bakkar’s defense. “My brother Nader Bakkar, good luck and ignore all the gossip, the accusations and the back stabbing and be a good messenger for your nation and a role model,” Ahmed al-Sherif wrote on his Facebook page.

Bakkar is the latest in a series of Egyptian public figures welcomed by Harvard. Satirist Bassem Youssef joined the Institute of Politics as a spring 2015 fellow this February, where he is leading a weekly study group on the power of humor to disrupt socio-political taboos called “The joke is mightier than the sword.”

Former Google employee and activist Wael Ghoneim, who came to prominence during the 2011 revolution, is currently a senior fellow at Harvard’s Ash Center for Democratic Governance and Innovation, where he is pursuing research “on how technology can be harnessed to create space for civic-minded citizens, experts, opinion-makers, academics, and officials to engage each other in discussions of the most pressing social, political, and economic issues facing our communities,” according to the university’s website.