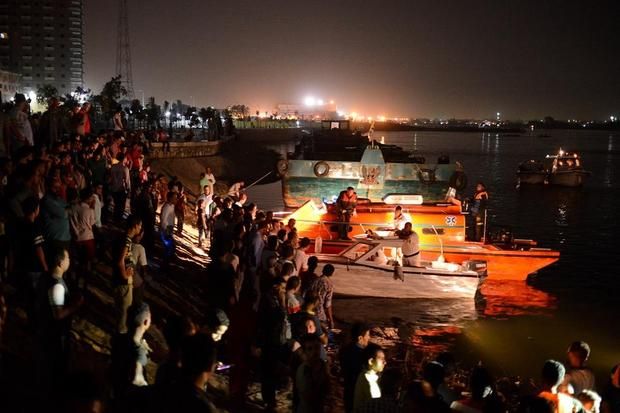 In the aftermath of a boat crash on the Nile that killed at least 35 people, Egypt has temporarily banned cargo barges from passing through Greater Cairo at night.

According to a Cabinet decision issued Sunday, the ban will extend from sunset to sunrise until the end of September. The Cabinet will also restrict the issuance of new licenses for sea and river transport.

The decision, aimed at making the river safer for passenger boats, could be a blow for plans to increase the share of goods that are shipped through Egypt by river.

According to a 2010 Japanese-Egyptian study, only 0.5 percent of goods are shipped by river in Egypt, while around 95 percent travels along the country’s over-burdened roads. The government has long planned to up the share of cargo transported by rail and boat, hoping it will ease congestion and use fuel resources more efficiently.

At least 35 people were killed on July 22 when a cargo barge collided with a motor boat full of revelers in Cairo’s Warraq district. The captain of the barge was arrested, while officials investigate the cause of the accident.

The chief of Egypt’s river transportation bureau was suspended in the aftermath of the accident, and the government decided to pay LE60,000 in compensation to the victims, as well as covering medical costs for survivors.

On Sunday, the Cabinet also decided to ban recreational boats from playing loud music, and will tighten enforcement of existing regulations, including requirements that passengers and boat operators wear life jackets.