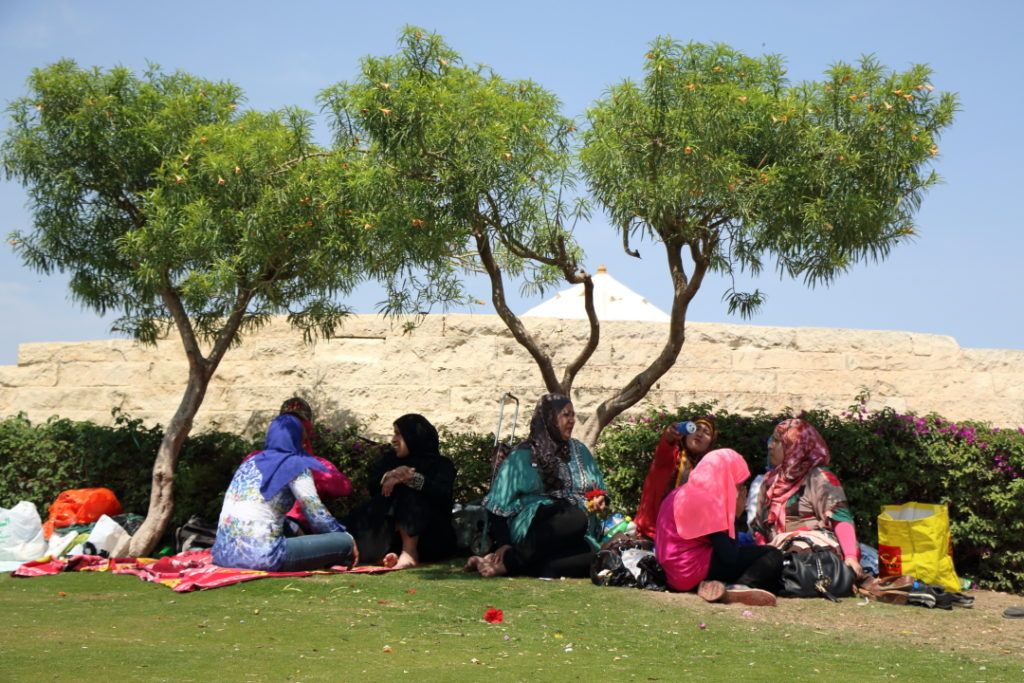 The “I Saw Harassment” initiative released a report on Saturday stating that it documented at least 77 instances of sexual harassment on the first day of Eid.

In addition to its year-round advocacy work, the initiative — which is comprised of several human and women’s rights organizations, as well as prominent academic and media figures — sends volunteers out into the streets of Cairo and other cities during Eid to document and help prevent sexual harassment during the holiday.

The report stated that while the initiative witnessed fewer instances of sexual harassment this year than in 2014, there were still many cases.

Although state security forces set up “tough measures” to prevent sexual harassment, they were not enough to stop “sexual violence targeting women and girls on the first day of Eid,” it added.

Security forces announced that the National Council for Women (NCW) would be working with police to deal with crimes related to sexual harassment during Eid, the privately owned Al-Shorouk reported. The newspaper added that a lawyer from the NCW will accompany police forces during their anti-harassment campaign to assist in cases where criminal charges can be leveled against perpetrators.

Colonel Manal Atef, head of the Violence Against Women department in the Interior Ministry, said in an interview with the privately owned Youm7 on Tuesday that anyone who verbally harasses a woman will be sentenced to a year in prison.

State-owned Al-Ahram reported that 29 individuals were arrested on Friday on charges of sexual harassment.

However, Shady Abou Zied, founder of the “Harass the Harassers” initiative, previously told Mada Masr that he was skeptical of the promises made by security forces, saying, “Every year the police promise serious interventions, and we see the presence of female police officers across Cairo and they do nothing.”

The “I Saw Harassment” report explained that the Eid holiday is often marked by an increased amount of sexual harassment, and that the initiative aimed to “eliminate all types of violence against women and girls.”

The initiative reported that the people most likely to harass women were young men and boys from the ages of eight to 18.

In an interview with the privately owned Al-Masry Al-Youm, Fathy Farid, the coordinator of the initiative, stated that most of the volunteers, who were sent out on Friday from noon to 10 pm, would be clustered “in front of theaters, on the Nile Corniche and the areas around Abdel Moneim Riyad and Tahrir Square.”

The initiative will issue daily reports on the state of sexual harassment during Eid, which, according to Farid, will raise awareness about the seriousness of the issue.