President Abdel Fattah al-Sisi officially ratified the budget for fiscal year 2015/16 last week after the Cabinet reduced the projected deficit to 8.9 percent of gross domestic product (GDP), or around LE251 billion. The target deficit is 2 percent lower than the fiscal year ending June, with a GDP growth rate set at 5 percent. 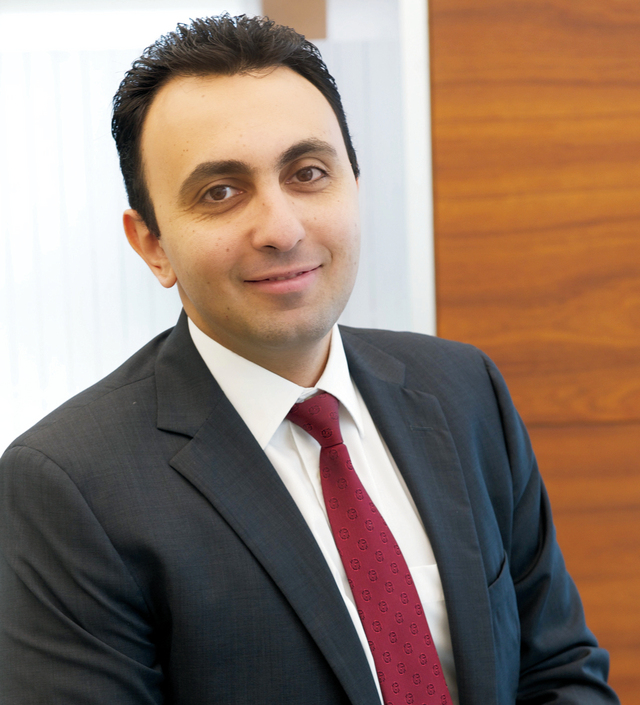 Some have called the budget austerity-driven, while others have said that the targets are not feasible.

Mada Masr spoke to Wael Ziada, head of research at regional investment bank EFG-Hermes, who said that the budget does in fact call for fiscal consolidation, but it should not be labeled as austerity-driven. He added that while the deficit may be achievable, the bigger challenge may be meeting the target for GDP growth.

Mada Masr: The 2015/16 budget targets a deficit that’s almost 2 percent lower than the last fiscal year, and a 5 percent growth rate. Is this feasible, and how can it be achieved?

Wael Ziada: It looks challenging, but it’s feasible because most of the cuts are coming from the president canceling bonuses for public employees this year. However, we saw last year that because of a lot of fiscal spending, they couldn’t keep the initial target [for the deficit]. From an achievability standpoint it is feasible, but if they decide to move the needle a bit by investing significantly in infrastructure, like what happened with the Suez Canal last year, we could see the target not being met.

The economic growth of 5 percent is not likely to be attainable, and will be closer to 4-4.5 percent, because of slow tourism and other factors affecting emerging markets. If there are any challenges [the government] will face, it will be on the revenue and GDP growth side.

MM: Revenues are expected to increase on the back of higher tax revenues, but the government has not been able to push forward the tax changes it announced, such as the capital gains tax and the proposed tax on the wealthy. Where is the anticipated surge in tax revenues coming from?

WZ: It will come from the overall income tax, but mostly from pushing forth the value added tax (VAT), which is going to be the key source of increase. The capital gains tax is not a significant contributor to the overall tax pool, if at all. Most of the gain is on stock market transactions — when they had a flat-fee tariff previously, I think they were collecting more.

Most of the tax collection is going to come from the VAT, but it remains unclear when it will be implemented. They were targeting the middle of this year, so we should see it anytime in the second half. I think the target [from VAT] is 1 percent of GDP in revenues.

They said it will be finalized after the social dialogue is complete. It would definitely cause an inflationary impact.

The government is also budgeting LE10 billion from new mining activity based on the new law. The delay had to do with the taxation and revenue share agreement, but it was recently finalized, and the most significant outcome is increasing fees on mining activities

MM: Only LE2 billion are expected in grants this year, a dramatic drop from last year’s LE25.7 billion. Why the huge drop?

WZ: Because grants are not going to come forever, so you shouldn’t be expecting this. None of the Gulf countries said they would be sending more to Egypt. If grants become excessive and you continue to factor them in, you get into the argument that it breeds complacency. Grants are not a budget component — it’s not right that this is considered and factored in every year. The natural route of action is not to expect grants until you’ve proven otherwise.

MM: The focus of subsidy spending is shifting toward direct cash subsidies. What will this mean for the structure of the subsidy system, and how it has traditionally factored into the budget?

WZ: Most of the subsidy has been for fuel and food. There will be continued focus on these areas, nothing different will happen. You’ll try to target more of the lower income through ration cards, but other than that, the subsidy bill will decline, mainly because global oil prices have fallen. Already last year they had factored in LE100 billion, but it came in at LE70, and next year it will be around LE62 billion.

Over the short term, the fall in global oil prices helps, especially when it’s a socially sensitive situation like this. So now you can introduce other things like the VAT, because together a subsidy cut and VAT would have been too much, plus canceling bonuses.

MM: Some are calling this an austerity-driven budget. Is this how you view it?

WZ: No. Austerity is a subjective term. It definitely is a contractionary budget, since you’re looking at narrowing your deficit, but you’re still incurring a deficit, so it is not as aggressive. It’s definitely not an expansionary budget — but you’re still realizing almost 10 percent deficit, it’s not a harsh budget. Austerity is not a scientific term, it’s more of a media term.

There is consolidation in the budget. I think the details indicate that this year’s fiscal consolidation is almost equally driven by reforms as well as by one-off revenue measures, such as the VAT as a structural reform, and one-offs like the selling of licenses or revaluation of land, and fines for changing the nature of projects.

AD
You Might Have Missed
What we talk about when we talk about trees
Where do old lesbians go to die?
Carbon Colonies & A Green New Deal
Mugamma revisited: Reimagining the building and the square
AD
Amira Salah-Ahmed
30 articles on Mada