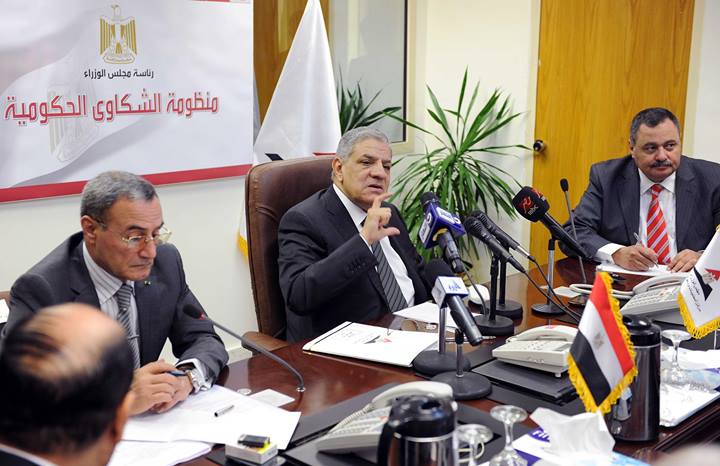 Read Isabel Esterman's "Investor-govt. disputes: Is it worth settling for?"

The Cabinet passed a new terrorism law on Wednesday amid growing concerns that the legislation could lead to human rights violations.

The draft law was submitted by the Ministry of Justice to the State Council. According to the website of state-owned newspaper Al-Ahram, the State Council is currently revising the draft in preparation for President Abdel Fattah al-Sisi to officially ratify it into law.

Following the assassination of Prosecutor General Hesham Barakat on Monday, as well as unprecedented attacks in North Sinai on Wednesday that left more than 70 dead, Prime Minister Ibrahim Mehleb said that the Cabinet would shortly submit several laws to the president with the aim of combatting terrorism.

Speaking after Wednesday’s Cabinet meeting, the prime minister said that Egypt is in a “real state of war,” according to privately owned newspaper Al-Masry Al-Youm.

Mehleb added that these renewed efforts had included rushing through the latest terrorism law, which has been in the works for months.

Human rights lawyer Huda Nasrallah said that the draft law further broadens the definition of terrorism so that it includes more people, mandates more severe punishments and gives exceptional powers to the prosecution and other state authorities.

The proposed law mandates penalties that include the death sentence for carrying out, attempting or aiding terrorist acts, and absolves security forces from legal repercussions for violence used while putting the law into practice.

The law allows the prosecution to extend pre-trial detention periods and gives prosecutors powers to issue orders to tap and record private conversations and messages and to monitor what happens in private spaces, online or on the phone in the context of an investigation of a terrorism crime.

Defendants can also receive life sentences for breaking out of prisons or breaking into, or attacking, government buildings.

The law also focuses on social media, stipulating five-year prison terms for anyone found guilty of the propagation or intended propagation of “ideas and beliefs calling for the use of violence” through social media or other tools.