Following the assassination of Barakat in a car bombing on Monday, which some argue signals a grave escalation in ongoing violence, Sisi said “the arm of justice is chained by the law,” vowing not to wait any longer to amend criminal laws that will allow the state to implement justice as soon as possible.

The president stood among Barakat’s family members, as he demanded the amendment of laws “within days,” amid the current unrest. 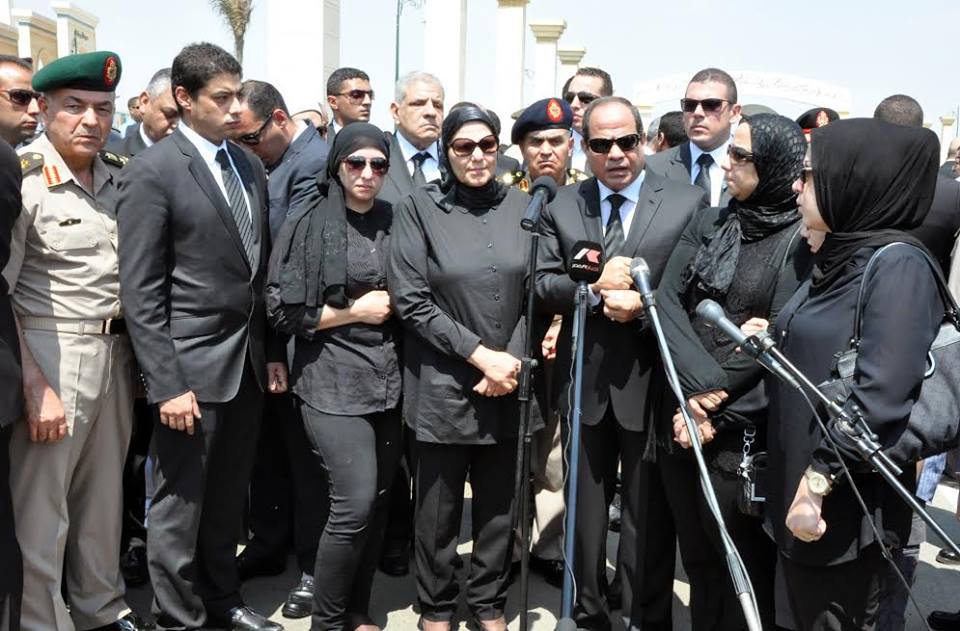 “We will not wait five or 10 years before trying those who are killing us,” he said. “They are giving orders from inside their cells.”

“We will respect the law, but we will establish laws in keeping with what is happening,” he said. “This is up to the judicial authority.”

The president added that this incident isn’t new. “We knew it would happen and were prepared to pay the price so that 90 million Egyptians can live.”

“This is the price we’re paying as Egyptians,” he emphasized.

“The blood of the martyr” is a reminder that Egypt is fighting a fierce battle and that it will not falter, Sisi said, calling on state institutions and the Egyptian people to continue the fight against terrorism.

“We want to offer condolences,” Sisi said, “but not with words, with action,” referring to achieving swift justice.

Sisi addressed judges, urging them to implement harsher laws. “We want courts and laws that can achieve justice,” he said, adding that the current courts, laws and conditions won’t do. “They [current laws] can apply to regular people, but these people require swift and efficient laws.”

He described the general prosecutor as the “voice of Egypt,” and those who carried out the attack as aiming to silence Egypt. “No one can silence Egypt,” Sisi said, reiterating, “but we can’t do this without the law.”

The president said he would only offer judges his condolences after they implement the required new procedures.