Who was Prosecutor General Hesham Barakat?
By
Mada Masr 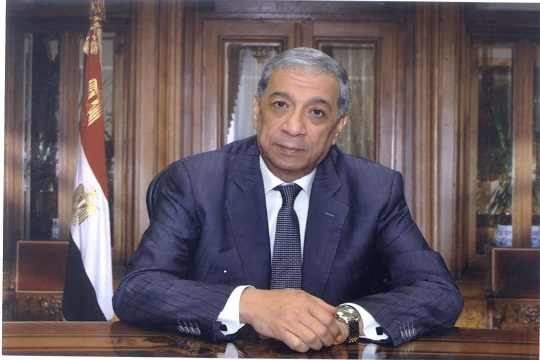 Prosecutor General Hesham Barakat was assassinated in a car bombing on Monday, shortly before the two-year anniversary of his appointment to the powerful office in July 2013. After decades of working in the judiciary, Barakat became a lightning rod for controversy during his short time as top prosecutor.

His tenure began in a politically fractious environment after former President Mohamed Morsi’s military-mandated ouster on July 3, 2013, when a wave of violence was surging across the nation. While he was in office, the Muslim Brotherhood was officially designated a terrorist organization, and hundreds of its members were imprisoned and sentenced to death. Barakat was responsible for referring Morsi, Muslim Brotherhood Supreme Guide Mohamed Badie and many other Brotherhood leaders and members to trial — resulting in the death penalty for many of them. He also spearheaded the prosecution of several journalists and opposition activists affiliated with the 2011 revolution.

Born in 1950, Barakat graduated from the Cairo University Faculty of Law in 1973, first working as a district prosecutor before becoming a judge, and then winning an appointment as the head of the technical office at the Ismailia Court of Appeals — the court responsible for gathering information on accusations that Morsi escaped from Wadi al-Natroun Prison during the January 25, 2011 revolution. Morsi was sentenced to death on those charges in May 2015.

Shortly thereafter, Barakat left Ismailia and was appointed prosecutor general on July 10, 2013 by the army-engineered transitional government. He thus became the third person to hold the controversial position in just 10 days — Barakat was nominated after his notoriously unpopular predecessor Abdel Meguid Mahmoud handed in his resignation after only a week on the job. That was the second time Mahmoud held the post — he previously served as chief prosecutor under ousted President Hosni Mubarak, but was removed from office by Morsi in October 2012, only to be reinstalled by the Court of Cassation when Morsi fell from power.

In September 2013, Barakat pressed charges against Badie and other senior Brotherhood members for inciting violence during the pro-Morsi Rabea al-Adaweya and Nahda Square sit-ins that August, the dispersal of which left more than 1,000 demonstrators dead.

Since 2013, Badie alone has been sentenced to death in five separate cases that Barakat brought to trial.

In September 2014, the prosecutor referred Morsi and several others to court on charges of leaking documents concerning national security to Qatar.

Earlier this month, Morsi was sentenced to life in prison for espionage. The court also upheld death sentences for Beltagy, Shater and Ahmed Abdel Aty in that case, along with 13 others in absentia. Two other defendants were given seven-year prison sentences.

In March 2015, Barakat referred Central Security Forces Lieutenant Yassin Salah Eddin to criminal prosecution for “beating” activist Shaimaa al-Sabbagh to death. Sabbagh was fatally shot during a peaceful march in downtown Cairo on the eve of the fourth anniversary of the January 25 revolution. Salah Eddin was ultimately sentenced to 15 years in maximum security prison in that case.

But Barakat also pressed charges against 17 people who witnessed Sabbagh’s murder, charging them with violating the Protest Law for taking part in the protest in which she was killed. The Qasr al-Nil Misdemeanors Court acquitted them last month, but Barakat appealed that ruling.

Last March, Barakat was widely criticized for referring 16 people, including 12 Brotherhood members and members of the Ultras White Knights, to Criminal Court on charges stemming from fatal clashes between football fans and police forces at the Air Force Stadium in February that left 22 fans dead. The prosecution was accused of manipulating the facts of the case to protect the police and shift the blame for the violence onto the Brotherhood.

The Journalists Syndicate also spoke out against Barakat after he referred Al-Bayan newspaper chairperson Nagiba al-Mahgoub, chief editor Ibrahim Aref and reporter Sarah Alaa Eddin to Criminal Court. Mahgoub and Alaa Eddin were charged with spreading false news with the intention of destabilizing national security, and practicing journalism without belonging to the syndicate. Mahgoub and Aref were also charged with hiring non-syndicate members, while Aref faced additional charges of neglecting his responsibilities in overseeing what the newspaper publishes.

During his time in office, Barakat pressured the Journalists Syndicate to cut down on hiring non-members, and to educate reporters on the importance of abiding by a “code of ethics.” Syndicate leaders accused him of interfering in their internal affairs.