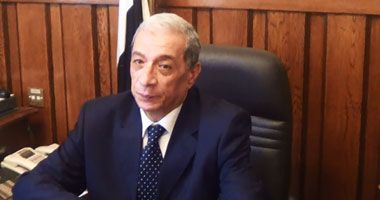 Prosecutor General Hesham Barakat was assassinated in a car bombing on Monday, an attack of unprecedented scope that some analysts worry could mark a grave escalation in the ongoing battle between the state and a scattered group of recently formed militant forces.

The deadly bomb was reportedly planted on a road close to Barakat’s Heliopolis home and detonated as he was on his way in to work, a security source told the state-owned Middle East News Agency (MENA). The explosion damaged 35 cars in the area, as well as the entrances of nine shops and one home.

Barakat will be succeed by Zakareya Abdel Aziz Othman, who was appointed assistant prosecutor general in April.

Monday’s bombing marks the first assassination of a prosecutor general in Egyptian history, as well as the most significant attack against a high-profile government official since the wave of violence against police and army forces first broke out in the aftermath of former President Mohamed Morsi’s ouster in July 2013.

Largely spearheaded by the Islamic State-affiliated militant group Province of Sinai, formerly known as Ansar Beit al-Maqdes, over the past two years this spate of attacks has killed and injured hundreds of security officials and soldiers in the Sinai peninsula. The Cairo-based militant group Ajnad Misr has concurrently carried out several deadly attacks in the capital.

A group calling itself The Popular Resistance in Giza appeared to assume responsibility for the killing in a Facebook statement that was posted right after the bombing. However, the post was quickly deleted. The group then declared on Twitter that it has no Facebook accounts.

The Popular Resistance is an urban militant cell that emerged with groups such as the Revolutionary Punishment and the Execution Battalion in the second half of 2014 and early 2015. The Popular Resistance declared its presence during the first anniversary of the dispersal of Rabea al-Adaweya protest camp in August 2014, with a statement pronouncing that it would coordinate with other groups to launch decentralized militant cells targeting police forces across Egypt.

However, it is unlikely that such a significant assassination could have been carried out by this type of small, inexperienced militant cell, according to Sherify Mohy El-Din, a researcher in counter-terrorism and human rights for the Egyptian Initiative for Personal Rights (EIPR).

“I believe that the operation was carried out by Ansar Beit al-Maqdes [Province of Sinai], because it was conducted in the same manner in which the group carried out the assassination attempt of [former Prime Minister Mohamed] Ibrahim,” Mohy El-Din asserted.

Province of Sinai claimed responsibility for an attempt on Ibrahim’s life in September 2013, an attack that bore striking similarities to Monday’s bombing.

Mohy El-Din predicted that Barakat’s assassination could mark the Sinai-based militants’ return to carrying out large-scale operations in Cairo.

On Sunday, the Province of Sinai published a video online called “The Liquidation of Judges,” in which the militants lambasted the judiciary for its application of civil law. The video contained footage of judges issuing harsh verdicts against Muslim Brotherhood leaders and other members, and describes the judiciary as “a junta of oppressors who violated God’s promise, ruled with the laws of infidels and did not even serve justice. They acquitted the criminals and the corrupt, and tried the innocent Muslims.”

The video then cuts to footage of unknown assailants shooting at men in a microbus, in what appears to be a recording of the assassination of three judges on May 16, a day after Morsi and other Brotherhood leaders were sentenced to death on charges of espionage and escaping from prison.

Monday’s assassination immediately prompted heightened security across the country, and is anticipated to have serious political implications, as well. Justice Minister Ahmed al-Zend told MENA that the attack wouldn’t stop the judiciary from prosecuting criminals under the forthcoming anti-terrorism bill, which is now in the final drafting stages and is expected to be ratified shortly.

Minutes after the bombing, television host Mostafa Bakry took to the airwaves to propose security solutions to counter the “rise of terrorism.” He advocated strongly for military trials for the perpetrators of such crimes, claiming that terrorists have been tried in civil courts for years to no avail. He also called on the government to implement a state of emergency.

Barakat’s murder could represent a major turn in the battle between the state and these newly formed militant groups, argued Aly al-Raggal, an independent researcher on security-related issues. He fears that given the widespread panic following the attack, the state may resort to even harsher measures against Islamists out of vengeance, which could lead to catastrophic violence in the long run.

“Whoever can liquidate the other first, will do it,” he told Mada Masr.

The perpetrators of Monday’s violence targeted the least-protected branch of government, Raggal added, as judges aren’t afforded the same level of security as other officials. He believes targeting the judiciary could be an attempt to spread security forces too thin, as they are already occupied on several other fronts.

Topics
Related
Ajnad Misr
Punishing the state: The rise of urban militant cells
Mai Shams El-Din | On April 14, most of Egypt’s satellite channels went down after two electricity grids feeding Cairo’s Media
bombings
2 dead, 5 injured in Luxor bombing
Two people were killed, while another five were injured, in a bombing near the Karnak Temple in the city
Arish
Three judges killed in gun attack in Arish, North Sinai
Three judges were killed in Arish, North Sinai, on Saturday morning when armed men targeted their vehicle
assassination attempts
Update: Number injured in Nasr City bombing rises to 22
At least 22 individuals have now been reported injured in the aftermath of the bombing of Interior Minister