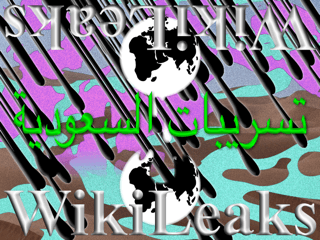 Mada Masr signed a Memorandum of Understanding with Wikileaks on Tuesday, gaining exclusive access to tens of thousands of classified, unreleased documents from the latest series of Saudi Cables.

Wikileaks began publishing more than half a million Saudi Cables and other documents from the Saudi Foreign Ministry and its embassies all over the world on Friday. Founded in 2006, Wikileaks rocked the world with its 2010 release of US State Department diplomatic cables.

Motivated by an interest in working with trustful and independent news organizations in the region, Wikileaks has confided a new portfolio of unreleased material with Mada Masr, amounting to more than 100,000 documents. The agreement is based on a mutual interest in mediating the leaked archive, which needs a layer of journalistic work in sifting through the documents, highlighting findings and including relevant contexts. Wikileaks had already turned the scanned documents into texts placed into a searchable database.

Wikileaks’ other major partner in the region is the Lebanese Al-Akhbar newspaper.

In the coming days, Mada Masr will be publishing highlighted findings in the Wikileaks Saudi Cables, providing context, additional reporting and links to documents and evidence.

Wikileaks’ publisher Julian Assange had said that the release of the Saudi Cables coincides with the Kingdom’s war on Yemen since March 2015, highlighting Saudi’s “disproportionate influence in international affairs” acquired through its unrivalled oil reserves. Saudi’s major alliance with the United States and Britain and its place as the largest arms importer in the world have put it in an uncontested position of power, Wikileaks said.

The leaked documents also mark the end of the world’s longest serving foreign minister, Saud al-Faisal bin Abdul Aziz, a member of the Saudi royal family, who has been in charge of the ministry since 1975. Abdul Aziz’s tenure ended with the death of King Abdullah in January 2015 and the royal succession to King Salman.

During these 40 years, Abdul Aziz handled a variety of issues, including the Iranian revolution, resulting in entrenched rivalries today in the region against the Saudi Kingdom.

Besides partnering with major Western publications, like the Guardian, Wikileaks has developed partnerships over the last 10 years with more localized news outlets, in an effort to give more detailed accounts of country-specific leaks.