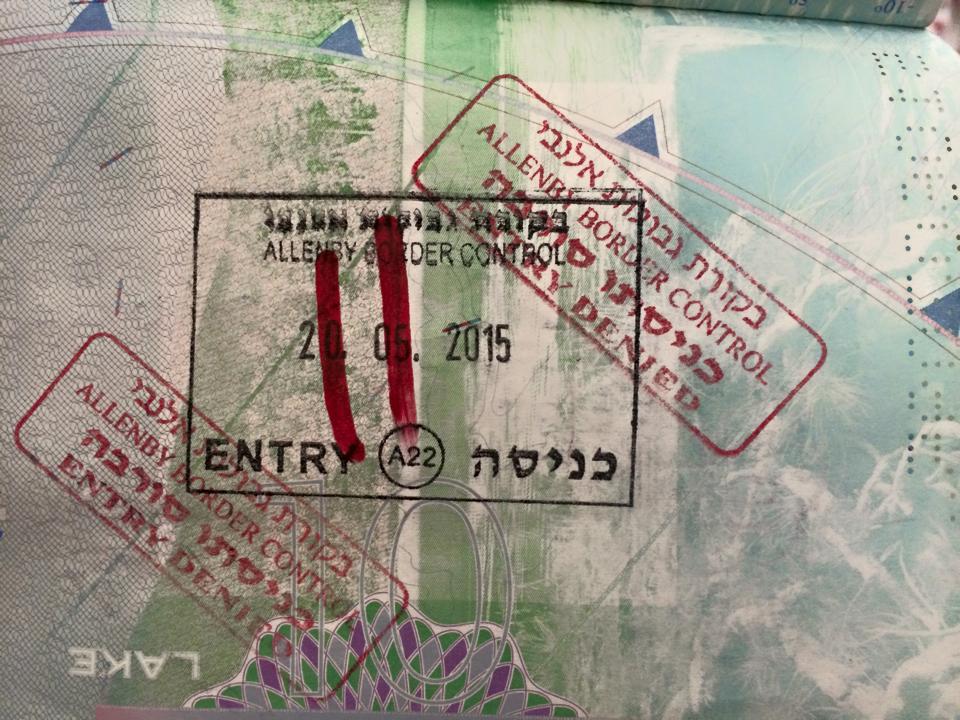 Israeli border staff barred filmmaker Sara Ishaq from entering Palestine to participate in the Palestine Festival of Literature on Friday at the Allenby Bridge between Amman and the West Bank.

The 29-year-old Yemeni-Scottish filmmaker was nominated for an Oscar for best documentary short in 2014 for Karama Has No Walls (2012), which focuses on the start of the Yemeni uprising, particularly the peaceful protesters.

“After 10 hours of waiting, scrutiny and hostile interrogations by Israeli border control (Allenby Bridge),” Ishaq wrote on Facebook, “I was denied access to Palestine and banned for another 5 years (and forced to wait in a bus for 3 hours without my passport until the border closed at 1 am).”

Founded in 2008, PalFest takes place in various locations across historic Palestine. It aims to “showcase and support cultural life in Palestine, breaking the cultural siege imposed on Palestinians by the Israeli military occupation and strengthening cultural links between Palestine and the rest of the world,” according to its website.

PalFest was started by novelist Ahdaf Soueif and is now run by filmmaker Omar Robert Hamilton, writer Yasmine El-Rifae, and a large international team. This year is takes place between May 23 and 28 in Gaza, Ramallah, Jerusalem, Haifa, Nablus and Bethlehem.

In some years, the festival organizers have been able to bring writers and speakers into Gaza, but as the Rafah crossing between Egypt and Gaza is currently closed, this will not happen this year .

“But our Gazan partners are running a series of events featuring writers, film and music,” Rifae wrote in a blogpost.

“There are multiple challenges putting on a festival in Palestine,” Hamilton told Mada Masr. “You can’t guarantee your artists will be allowed entry into the country, because Israel controls the border. We have had event venues tear-gassed, road-blocked and shut down by soldiers. We’ve had staff members detained at checkpoints. Other staff members are not allowed to travel between the festivals venues.”

“At the Allenby Crossing, there are different lines for Palestinians and ‘visitors’,” Ursula Lindsey wrote in an article last year about the logistics of moving around Palestine. “Customs officials are on the lookout for signs of one’s sympathies. They say “Palestine” and “inshaallah,” and gauge one’s reaction. Knowing Arabic — knowing Arabs — is considered suspicious. (Even more so having an Arab last name).”

“We can’t even have books shipped to this literature festival because they get held up in customs,” Hamilton said. “There are multiple challenges involved in putting on a festival that seeks to travel through a military occupied land, but that is also why the festival exists: to break the cultural siege on Palestine in whatever small way that it can.”

Authors and cultural practitioners from all over the world have participated in PalFest, including Mourid Barghouti, Alica Walker, Michael Ondaatje and Teju Cole.

Topics
Related
Egypt-Palestine relations
PalFest on the road
Yasmin El-Rifae | I am writing this in the car on the way from the northern, Israeli-controlled city of Haifa to the West
cinema
Two films on Yemen in 2011 offer much to relate to
Rowan El Shimi | This week Scottish-Yemeni filmmaker Sara Ishaq presented two films back-to-back at Zawya: Oscar-nominated
BDS
Crossing lines with PalFest
Ursula Lindsey | Ursula Lindsey's thoughtful piece on freedom of movement in Palestine and the importance of the annual