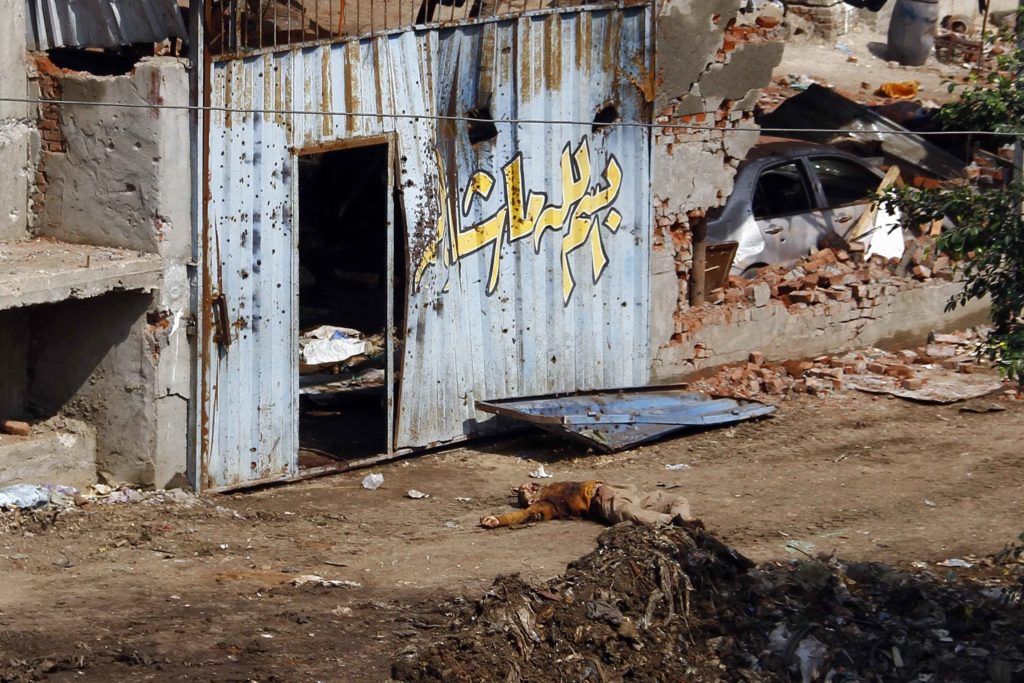 Six people were executed today after being sentenced to death in October 2014 in a military trial, known as the Arab Sharkas case, which human rights observers have labeled as flawed, the Middle East News Agency reported.

The men were convicted of belonging to the militant group Province of Sinai (formerly known as Ansar Beit al-Maqdes), and carrying out several attacks against military forces in March 2014.

Lawyer Ahmed Helmy, representing four of the defendants in the case, told Mada Masr that the executions came as a surprise to lawyers, who were still in the process of challenging case procedures in the State Council, and had requested a retrial. They learned about the executions when they received news that the defendants had been removed from their cells on Saturday night.

Helmy said he thinks the individuals executed were scapegoats.

“They used them to send a message following Morsi’s verdict that the state can indeed carry out these sentences,” he said, referring to the death sentences issued yesterday against former President Mohamed Morsi and other leading Muslim Brotherhood figures.

The military prosecution accused the defendants of planning and executing an armed attack on a bus transporting soldiers in Cairo’s Amreya district on March 13, 2014, which resulted in the death of a sergeant in the Armed Forces.

They were also held responsible for an attack that took place two days later, which led to the death of six soldiers at a military police checkpoint in the Musturud area of northern Cairo, as well as participating in a shoot out with the Armed Forces on March 19, when they raided an abandoned warehouse in Ezbet Arab Sharkas, Qalyubia, during which a brigadier and a colonel in the Armed Forces were killed.

Last April, Human Rights Watch urged Egyptians authorities to halt the executions, asserting that there is evidence that some of the defendants were already in custody at the time of the crimes they were convicted for. Two of the nine men on trial in the case were sentenced to life in prison, while one was sentenced to death in absentia.

“Egypt’s courts have routinely abandoned due process, but if these executions go ahead it will represent an egregious new low,” said Sarah Leah Whitson, Middle East and North Africa Director said in the statement at the time. “Civilians should never face trial before military courts or face execution as a result.”