Will coal use spread beyond the cement industry?
By
Mada Masr 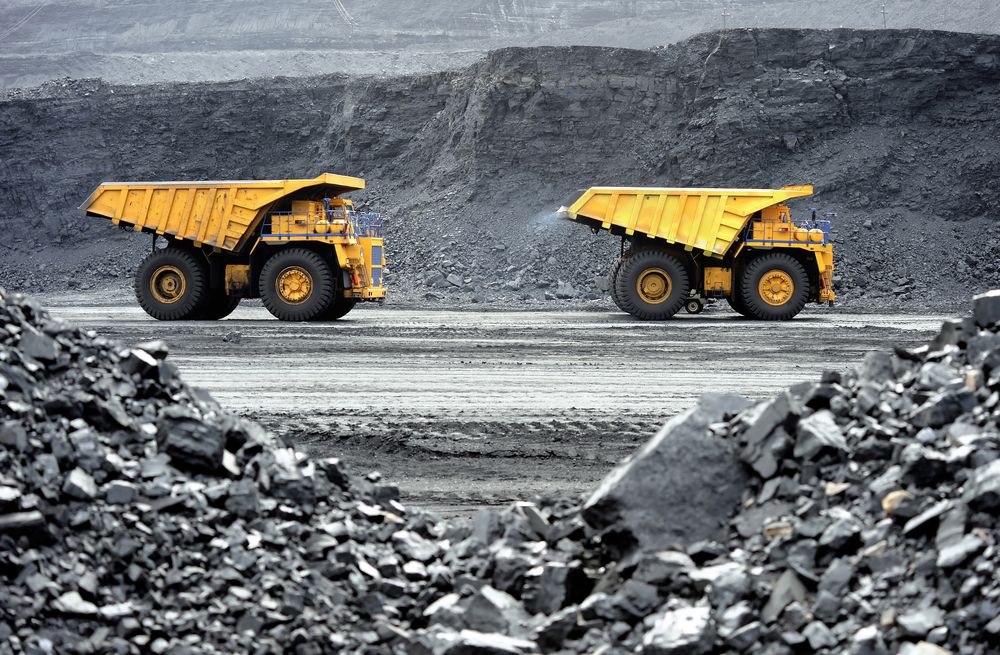 A year ago, Egypt’s Cabinet decided to allow power plants and cement producers to burn coal, opening up an option previously only allowed for the iron and steel and aluminum manufacturers, which have long been allowed to use the fuel for certain industrial processes.

Officials say permission to use coal will not expand to other industries, a declaration that has been met with complaints from other energy-intensive industries and skepticism from experts.

The cement industry was one of the main forces lobbying for the decision to allow coal after persistent energy shortages caused production to fall in Egypt’s factories, including cement plants.

Individual cement companies have claimed losses as high as 50 percent due to energy shortages, despite government figures showing that the industry as a whole increased production during the same period.

Samir Sabry, Managing Director of cement firm BMIC said executives from multinational cement companies sparked the idea that coal could be used as a cheap and abundant source of energy. “We listened to leaders of multinational companies. They have faced these problems and overcome them. They said coal is used elsewhere, why not here,” he recalled while speaking at the Egypt Cement conference this week.

Officials speaking at the conference made it clear that the government intends to stand behind cement producers.

Former Petroleum Minister Osama Kamal responded sharply to an audience member who suggested Egypt should stop supporting industries like cement in order to reduce the country’s energy needs. “This is the view of countries who have no problems and who are looking at quality of life,” he said. “We don’t have the luxury of choice.”

Other energy-intensive industries such as ceramic, glass, petrochemical and brick manufacturers have also suffered from power shortages, but have not been extended the same privileges as the cement sector when it comes to coal use.

Comments at the conference suggest that other sectors are not pleased with the discrepancy.

During one session, a brick maker questioned whether industries like his would also be able to use coal to keep production lines running when gas is in short supply.

The answer was no. The government intends to work with industries like brick making to find alternative sources of fuel, said Shadia al-Shishiny, a member of the committee that developed the rules for coal usage “Coal is not possible, because they will burn it without restrictions.”

As for cement, speakers emphasized that it is different from other industries because the fly ash generated from burning coal can be used as an ingredient in cement.

Shishiny also noted that unlike other industries, cement producers have access to the funds needed to convert their plants and equip them with costly equipment to reduce emissions. More local industries will find it more difficult to fund site conversions, and are more often located in heavily populated areas.

One speaker, however, dismissed these concerns. Based on a decade of experience in solid fuels procurement, Agustin Bonilla of Spanish energy firm García-Munté predicted that once the Egyptian public accepts use of coal in one industry, other sectors will follow. “Everyone will accept coal as the base of the cement industry, coal-fired generation plants, the brick industry, ceramics, many others. It will be the logical process,” he said.

Topics
Related
coal
Egypt to rely on coal for 25-30% of energy
In an ideal scenario, Egypt would rely on coal to meet 25 percent of its energy needs by 2030, an energy
CAPMAS
While lobbying for coal imports, cement industry boomed
Cement production was on the rise during the period when the industry began lobbying for coal imports,
cement industry
Coal law still awaits approval, but cement firms already seek permits
Nineteen cement companies have applied to the Environment Ministry for licenses to use coal in their