Egypt to reconstruct ancient lighthouse in Alexandria
By
Mada Masr 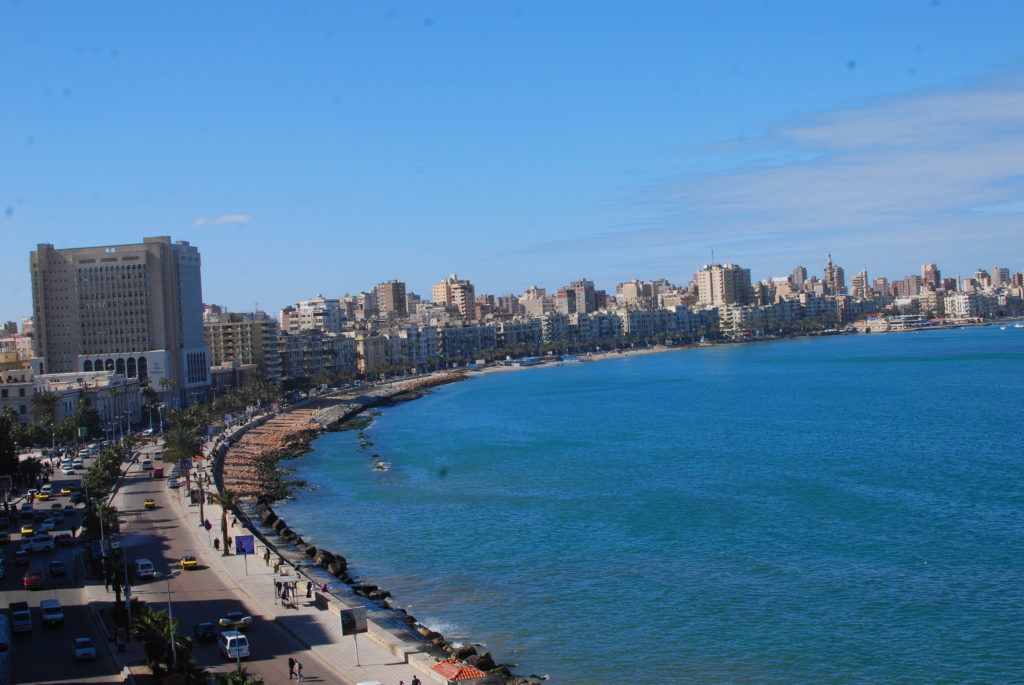 While the Great Pyramid of Giza is the only remnant of the seven wonders of the ancient world, Egypt is planning to construct a replica of another ancient wonder which it lost nearly 700 years ago: the Pharos Lighthouse of Alexandria.

Statements issued by the Secretary General of the Supreme Council for Antiquities, Mostafa Amin, indicate that the Pharos Lighthouse will be re-constructed according to its original scale.

Constructed under the orders of Egypt’s Ptolemaic rulers (around 280-247 BC), this ancient lighthouse is estimated to have stood at a height of between 120 to 137 meters.

Serving as a prototype for other lighthouses around the world, the Pharos Lighthouse functioned as a navigational beacon for ships off Egypt’s Mediterranean coast, operating its reflective mirrors during the daytime, and fire at night.

Amin told the privately-owned Youm7 news portal that this ancient wonder will be constructed a few meters away from the site where it originally stood – as the medieval citadel of Sultan Qaitbay has been constructed over the foundations of the Pharos lighthouse since 1477.

According to Amin, a plot of land has been allocated for the construction of the Pharos lighthouse near the Anfoushi Cultural Palace. This construction project is reportedly to be undertaken by a consortium of Egyptian and Chinese companies.

The exact costs associated with this construction effort are reportedly still being determined. The final bill of planned expenditures will be sent to the Governorate of Alexandria for its approval.

Amin added that the first floor of this replica of the Pharos Lighthouse would be used a museum, affiliated to the Ministry of Antiquities.

As of yet, however, the Ministry of Antiquities has not posted any information pertaining to this project on its official webpage.

Moreover, the condition of antiquities in this specific area of Alexandria are reportedly deteriorating.

Last month, the left-leaning Al-Badil Newspaper reported that the walls of the Qaitbay Citadel are suffering from erosion as groundwater is seeping in. Some segments of this citadel were constructed from the blocks and ruins of the Pharos Lighthouse, after it was knocked down by earthquakes.

Nabil Sombol, head of the Authority for Conservation and Restoration of Artifacts, confirmed that sodium chloride is saturating some of this citadel’s walls, resulting in damages in the form of splits and cracks within them.