One of Salah Abu Seif‘s last films, strangely translated as The Empire of Satan in the credits, Al-Bedaya (The Beginning, 1986) starts with a written message from the director telling us that this film has nothing to do with reality, but is imagined by himself. He asks that we watch it a few times if we don’t like it.

The story begins with another text slide telling us that there was a plane crash in August and the pilot had to land in the desert. We hear fragments of screams from the crash. A series of slides with photos follow, introducing us to the survivors of the crash in an exaggerated manner to dramatic music by Ammar al-Sherei. 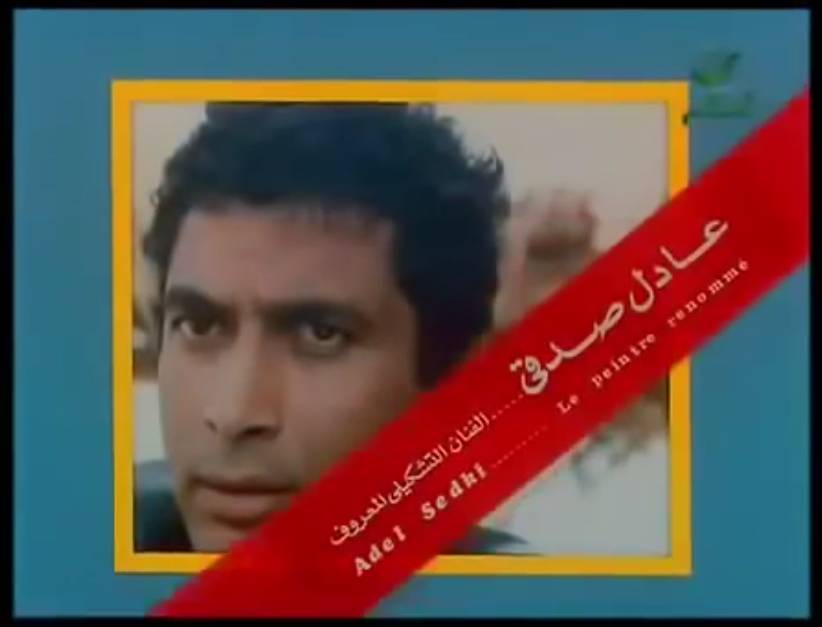 The film proper opens with a shot of the scorching August sun, with a hand reaching out to block it, followed by a long shot of the characters sitting on a sand dune. The camera zooms in on each small group having a conversation. These dialogues serve as further introductions: elitist businessman Nabil (Gamil Rateb) is complaining of the heat and aggressively asking for a thermos of cold water, the simple-minded farmer is just realising they are lost, the belly-dancer (Souad Nasr) screams due to a broken leg as the doctor tells her not to step on it.

The pilot remembers seeing an oasis before the crash, so the characters walk in search of food, water and shelter. They do eventually arrive at a large abandoned oasis, which seems, from the jeeps and helmets found there, to have been site of war.

This is when the film gets both absurd and interesting. Stuck on this oasis, unable to catch the attention of any passing planes, the characters start to form a society. The visual artist has a dream that they build the perfect society, where everyone shares the resources and work according to their abilities. The businessman, however, has other plans.

Co-written by Abu Seif and leftist playwright Lenin al-Ramly, the film’s story shows the ugly side of capitalism and how rich businessmen exploit others. Nabil stakes the land’s ownership in a heads-or-tails bet with the others, and then declares himself its owner: No one is to eat, drink or sleep on his land without work, and he will be distributing food rations to those who obey.

While the story has a certain naivety to it, the film proves both entertaining and smart. It is also currently relevant. When the businessman finds himself being stood up to by the artist, who we learn has been imprisoned before for political activism, he convinces the farmer and wrestler that the artist is an atheist and, even worse, “democratic.”

We see Nabil convince the others he is the emperor of “Nabihalia.” He manipulates the media (represented by the journalist), bribes the scientist with special treatment to make him some date wine, and gives the wrestler power over the others by making him “the police.” 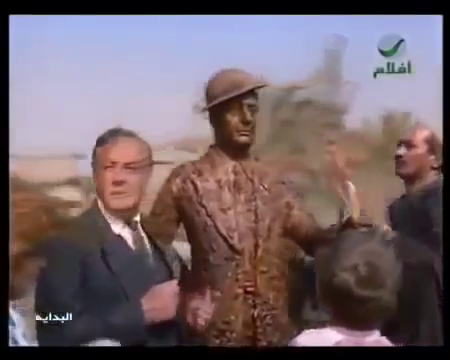 Watching all this, one can’t help but remember how during the past four years the authorities have been using both traditional and social media to spread hurtful information about Egypt’s young activists, in an attempt to ruin their reputation in society. It also reflects the corruption of the police and the bias of the media.

Even though it was made 25 years prior to the 2011 revolution, the film is full of revolutionary sentiment. The characters call for democratic elections several times and each time Nabil halts their requests in a different way. In one scene he puts the activist artist on trial, and Nabil becomes the defense, the prosecutor and the judge, handing down a jail sentence. In another scene, he shares his very strong date wine with the citizens and gets them drunk, thus distracting them from their cause.

“The revolution will continue. This is something all regimes have done to their people to distract them,” the artist tells the others. “In China, they drowned the people in opium and in Egypt with hashish.”

Among various hilarious scenes is a montage of the characters recreating a caricatured version of television, presenting cheesy films, the news, street vox pops and other skits. It cleverly shows how the film’s writers saw media and television: as distracting and pointless. At another point, the artist makes a statue of Nabil out of dates, which is the scene most people remember from the film.

One disappointing element is how women are represented. Most women in the film have a passive, damsel-in-distress sort of role. They do not lead the story or make the decisions in any way. This is disappointing given that many of Abu Seif’s previous films gave women leading roles, such as Ana Hurra (I am Free, 1958) and Embratoreyet Meem  (Empire of M, 1972).

While the acting is overdone and the story too symbolic with its carefully crafted message of good vs. evil, greed vs. sharing and capitalism vs. socialism, all in all, The Empire of Satan comes off as an absurdist comedy package that is hilarious at times and strangely captivating at others.

AD
You Might Have Missed
Where do old lesbians go to die?
Carbon Colonies & A Green New Deal
What we talk about when we talk about trees
Mugamma revisited: Reimagining the building and the square
AD
Rowan El Shimi
Culture journalist
107 articles on Mada