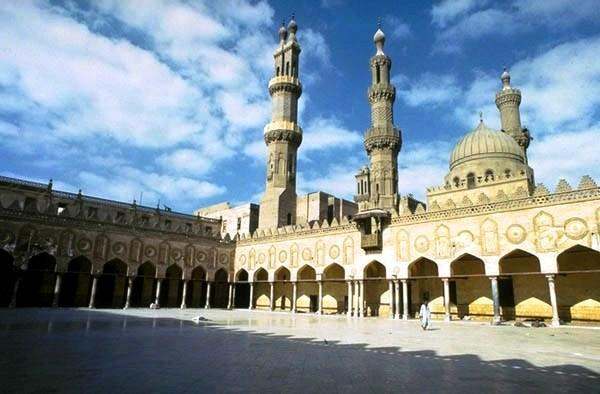 A new political party, the Egyptian Secular Party (ESP), has been proposed to challenge what the founders see as the dominance of religious institutions over the Egyptian state, and to call for the writing of a secular constitution.

The party’s main principles include abolishing all articles related to the Islamic nature of the state in the Constitution, including Article 2, which stipulates that Sharia is the main source of legislation. The party proposes the reform of the legal system to include civil marriage and a secular personal status law.

Hesham Ouf, the party’s founder, told Mada Masr that the group’s aim is to encourage the separation of religion from politics and the state. He explained that Egypt has suffered from attempts to impose a theocratic state under the governance of the Muslim Brotherhood.

“The Brotherhood was acting as if their people were God’s chosen nation. The conflict between the theocratic and secular state was settled ages ago in the civilized world. Religion is only inside the mosque and the church,” he explained. His party calls for equality between all citizens, with no discrimination due to gender, religion, race or color, Ouf added.

Ouf and the party’s other co-founders are in the process of collecting the 5,000 endorsements required by the Political Parties Affairs Committee to officially register. He says now is the optimal time to establish such a party, given what he describes as the growing role of Al-Azhar, particularly since the removal of former President Mohamed Morsi from power in July 2013.

“We believe Al-Azhar should stay as a religious institution tasked with fatwa, preaching and jurisdiction. Grand Sheikh Ahmed al-Tayyeb should not enjoy the powers he has now. He has been intervening to ban books, television shows and movies. Al-Azhar has become a state within the state,” Ouf claimed.

On April 23, the privately owned channel Al-Qahera wal Nas pulled off air its contentious show “With Islam” following pressure from Al-Azhar. The show was presented by preacher Islam al-Beheiry, who reportedly disseminated religious views that run counter to the core beliefs propagated by Al-Azhar. The supreme religious institution filed a complaint against Beheiry and the channel.

The party calls for abolishing religious education and directing the financial support currently given by the state to Al-Azhar University and associated schools to reform secular education for all. Ouf argues that the state is neglecting other sectors in order to support Al-Azhar’s hegemony.

Ouf acknowledges that wider society may largely oppose these ideas, but believes the party will challenge the common use of the term “secular.” He believes that Egyptians were not properly introduced to secularism in the right manner.

The party was put under the spotlight when the privately owned newspaper Al-Watan published a report about the founders, labeling them as atheists in its main print headline on Wednesday and online on Thursday. In the report, Al-Watan claimed it had accessed a secret Facebook group for the party’s founder, on which there were allegedly calls for the promotion of atheism.

Talk show host Khairy Ramadan slammed the party on his daily show, “Momken,” broadcast on the privately owned channel CBC, saying “it is not the right time” to call for a secular state.

Ouf said he and his colleagues do not want to enter into a religious tug of war, but will not prevent atheists from joining the party.

“As a party, we do not differentiate between people based on their religion, as we view it as a personal bond with God that we should not be involved in,” he explained.

A campaign against atheists has intensified recently, prompting criticism from human rights groups. In January, activist Karim al-Banna was sentenced to three years in prison for contempt of religion. In December 2014, authorities shut down a downtown café believed to be a hub for atheist gatherings. In March 2014, an Alexandria-based police official vowed to arrest a group of atheists in the coastal city after they made a television appearance.

This was preceded with a campaign by Al-Azhar and the Endowments Ministry to “save youth from atheism.” During the campaign, Al-Azhar concluded that there were 866 atheists in Egypt as part of a survey conducted to assess the level of atheism in the country.

Despite the obstacles, Ouf is hopeful that he and his colleagues would be able to register the party.

Topics
Related
Abdeen
Authorities raid, close ‘atheists’ cafe’ in downtown Cairo
Security forces raided and closed what they described as the “atheists’ café” in the Abdeen neighborhood
atheism
Survey claims 866 atheists in Egypt, highest in Arab World
According to press statements by religious authorities on Wednesday, Egypt has the highest number of
arrests of atheists
Govt announces campaign to save youth from atheism
The newly formed Cabinet is planning a campaign to combat atheism, according to an official statement