Felfel in 6 October: Not bad for balady chic

In the past few years, an array of restaurants have popped up around Cairo introducing the “balady chic” concept of offering traditional Egyptian street food in trendy settings. Even though it’s a refreshing shift in food trends from the international sushi and cupcake fads that preceded it, some have refused to spend exorbitant amounts of money on food that most of our mothers can whip up at practically no expense.

Nevertheless, the trend has not been weakened and balady chic favorites like Zooba, Cairo Kitchen and El Dokan seem to be doing good business. I personally enjoy Zooba’s cheerful interior design and cute packaging and the perfect way Cairo Kitchen makes rice with molokheya, but the steep pricing keeps me from dining at either of them regularly.

I first heard about Felfel while talking about how 6 October City is alienated from the bustle of Cairo and, as a result, doesn’t have the same food choices as more central neighborhoods. A friend whose sister lives in the Beverly Hills compound told me that there are new places opening up on a regular basis, and cited Felfel as an example.

Although the trek was rather lengthy, I decided to head up there with a friend on a Friday after a quick scan of Felfel’s Instagram account had my mouth watering.

I was initially underwhelmed. The restaurant is small, with space for three or four tables — only one of which was occupied upon my arrival. Although strategically located near the Beverly Hills Sporting Club, Felfel did not seem to attract a large dine-in population. However, the multitude of delivery orders I saw streaming out of the restaurant throughout my visit suggested that Felfel’s customers prefer to enjoy its oriental dishes in the comfort of their own homes. Perhaps this is fueled by the unfortunate fact that Felfel’s neighbor is an ironing business whose unrelenting music-blasting can only be described as a harassment of the ears.

The restaurant does allow for basic comfort though and the interior design is plain but not unpleasant. The outdoor view, on the other hand, is not aesthetically pleasing – although this is more the responsibility of the compound managers than Felfel’s owners.

My friend and I sat at a table outside, and we were promptly greeted by one of the owners, who was very polite and helpful. We spent quite some time choosing from the wide array of options, from fuul (LE4.5-9) and taameya (LE4.5-10) to appetizers (LE5-15) to meat and chicken (LE12-20) dishes and sandwiches. Each section has basic, expected choices along with some interesting additions such as mozzarella cheese taameya (LE6 for a sandwich, LE10 for a plate). Unfortunately, the drinks menu is not nearly as diverse, with only soft drinks, coffee and tea. 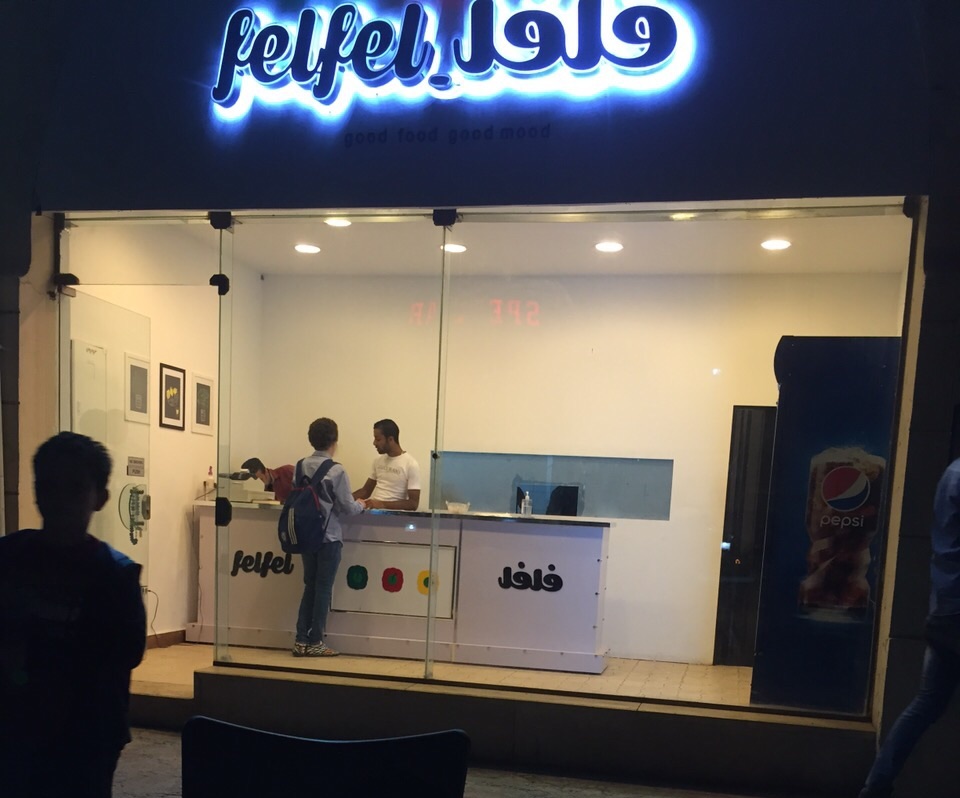 Eventually, the owner picked up on our indecisiveness and offered suggestions. We settled on “bikini,” cheese fondue and potato kofta, which was not yet featured on the menu. We wanted to sample the hawawshy, which had grabbed my attention on the Instagram page, but we were told that the fresh meat had not yet arrived, so ordered a chicken fajita sandwich instead.

The food took quite some time, and when the waiter began serving it, it wasn’t all at once. In fact, we were served one dish at a time, with around 10 minutes between each.

But as soon as I started sampling the food, I regretted bringing a friend with me anyway. The relatively large portions, freshness and tastiness largely quelled my frustration at the slow service.

The bikini, a plate of sliced hotdogs cooked with onions, green peppers and tomato sauce, was plentiful and tasty without being overwhelming. 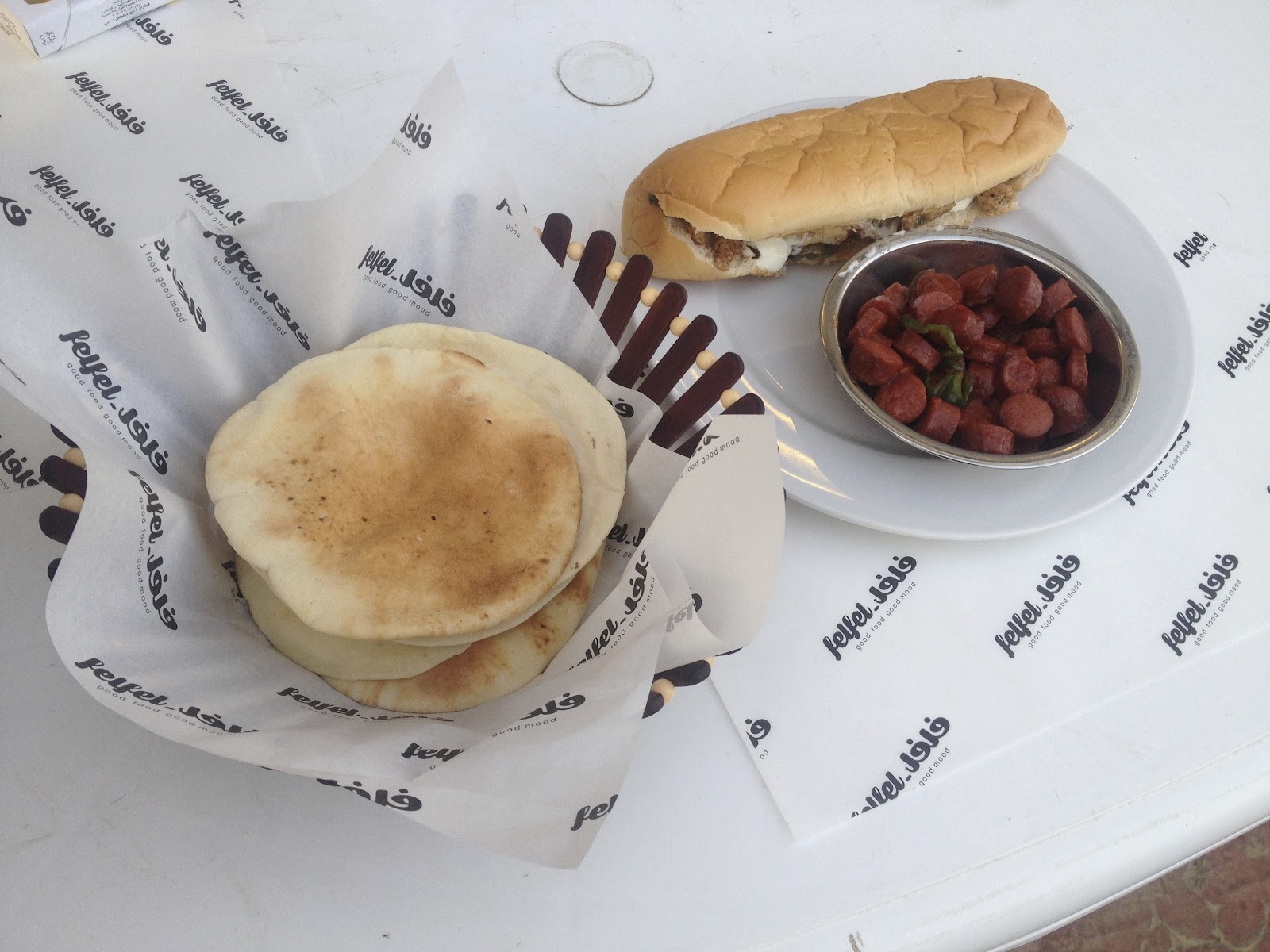 The chicken fajita sandwich, which contained chicken, green pepper, and mayonnaise, was rather ordinary and lacked a unique taste but the ingredients were fresh and the sandwich sizeable, compensating for the mediocrity.

The potato kofta – a slightly oriental croquette – was also pleasant, albeit missing a spice I couldn’t quite put my finger on. As we had ordered this dish at the owners’ request, they were keen to get our feedback and suggestions for spices and condiments.

The cheese fondue – a unique blend of roumy, cheddar, Kraft, and mozzarella cheeses served in an egg-frying pan – was the star of the show. The cheeses meshed together perfectly, with the mozzarella and Kraft giving a velvety texture while complementing and playing down the strong roumy taste. The fact that I could practically feel myself gaining weight with every bit of cheese I scooped up with the crispy bread was irrelevant. Cheese conquered all. 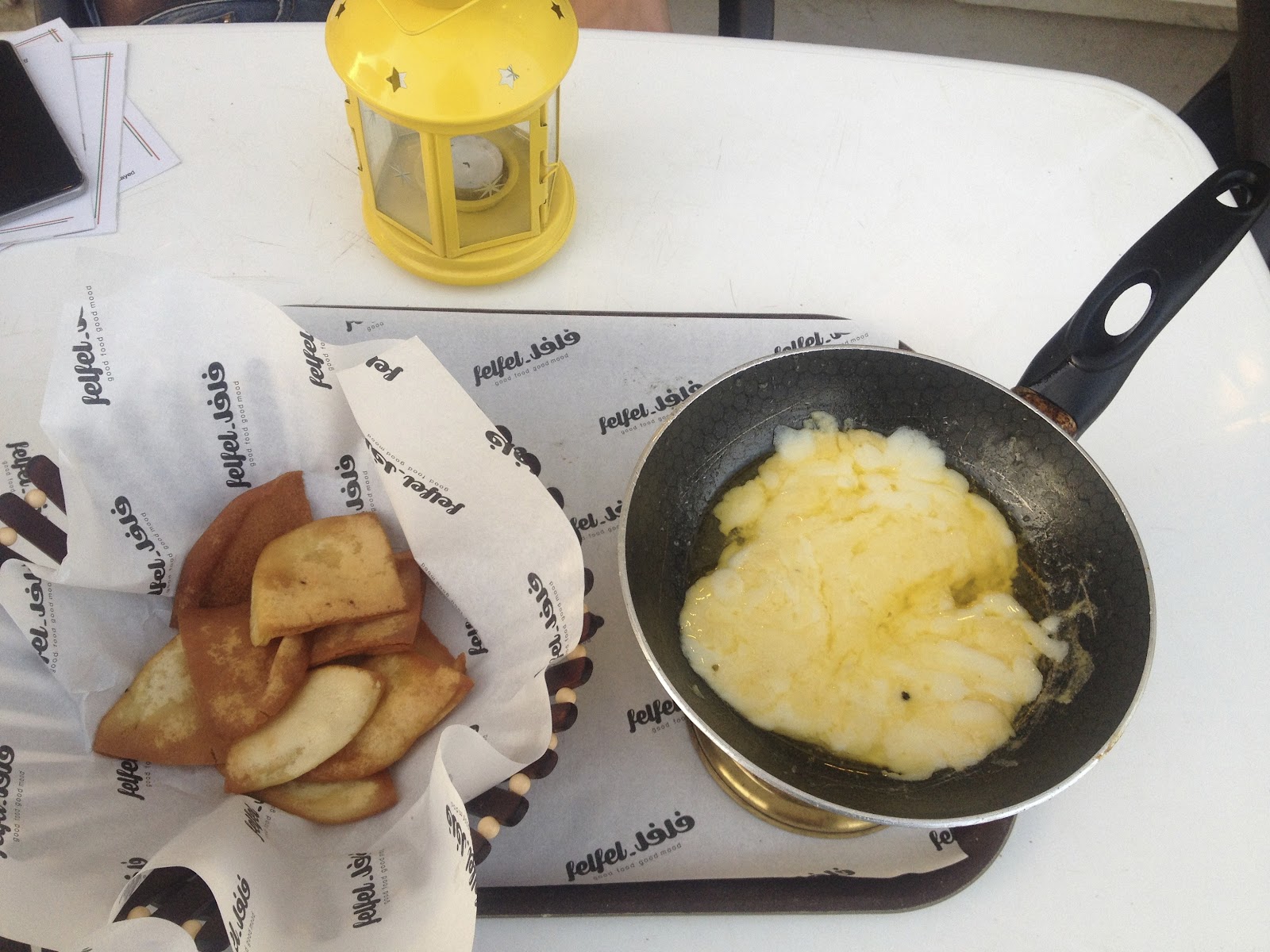 I had hoped to sample the dessert menu, which included oriental choices such as feteer meshaltet and a lone non-oriental option of banana Nutella, but the generous portions had left no room in my stomach.

With no particularly appealing view to appreciate while we tried to digest, we promptly ordered the check. We were happy to see that the entire meal had cost us less than LE 60 – significantly less than one would expect to spend anywhere else for a large balady chic meal. 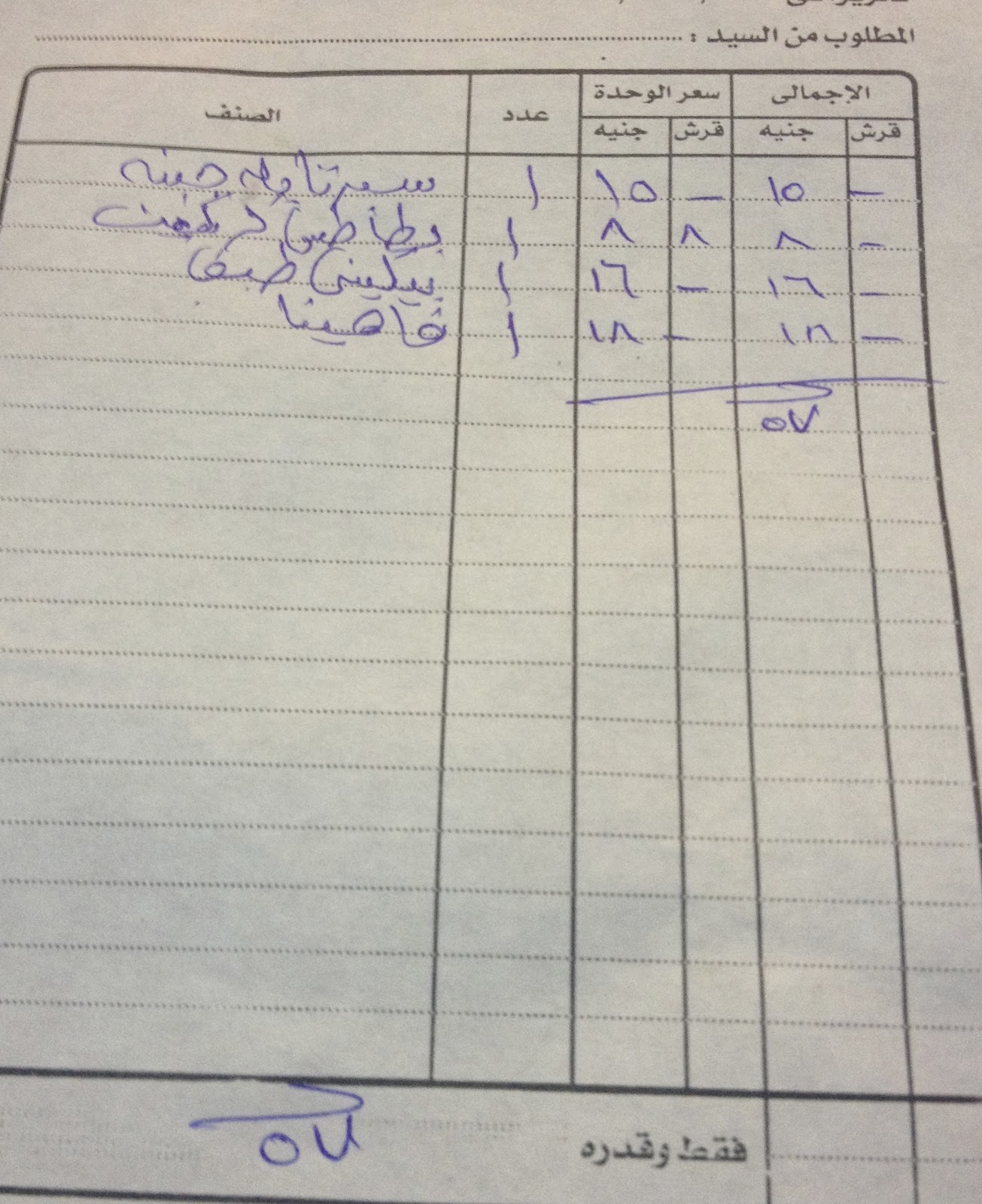 While the overall experience was positive, it is important to note that Felfel is entirely un-flashy. Aesthetically speaking, it’s a far cry from the bright colors boasted by Zooba. However, the quality of the food, particularly in terms of freshness and portion size, make Felfel a great place to get a bang for your buck if you’re into balady chic.

Felfel is located in Mall 4 of the Sheikh Zayed Beverly Hills compound, across from the Beverly Hills club. It’s open daily from 8 am to midnight. Tel: 01100100203.

AD
You Might Have Missed
Carbon Colonies & A Green New Deal
Mugamma revisited: Reimagining the building and the square
Where do old lesbians go to die?
What we talk about when we talk about trees
AD
Salma El-Saeed
2 articles on Mada