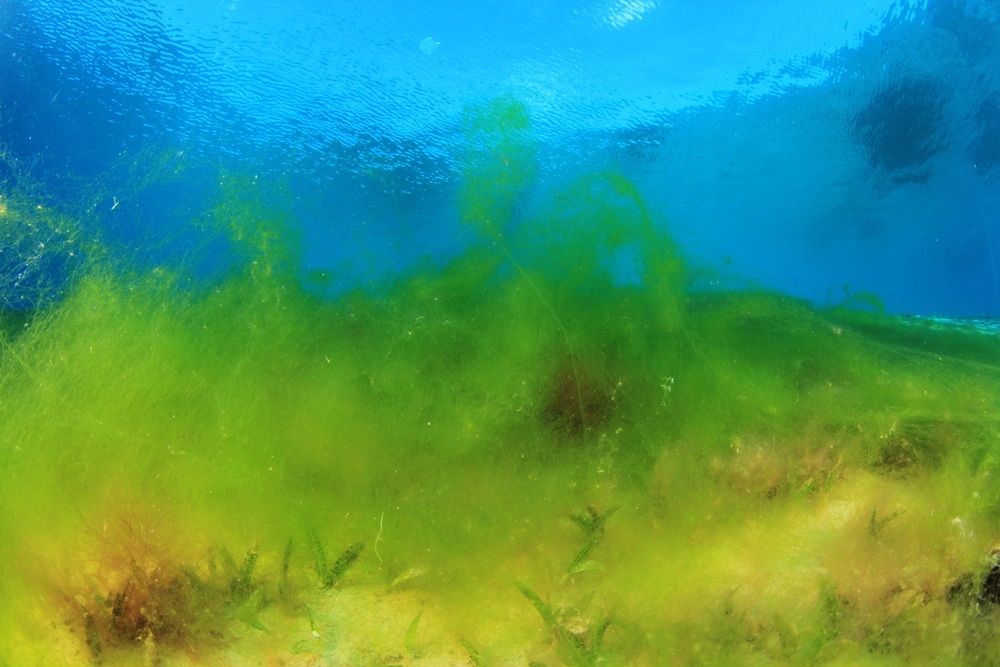 Officials say there are no threats to human health from an accident on Tuesday in which a barge carrying 500 tons of phosphates capsized into the Nile.

Drinking water stations along the river have been performing extra tests since the accident, but have not reported any problems, Ministry of Irrigation spokesperson Khaled Wassef told Mada Masr. “The water quality is good,” he added.

The capsized barge was carrying phosphates for processing in a local factory when it crashed into a pillar of the Dendara bridge in the Upper Egyptian province of Qena. “The material on the ship is just pre-industrial, inert material which will not react with water or dissolve in the water,” Ahmed Sheda, the General Director of Environmental Crisis Management at the Egyptian Environmental Affairs Agency told Mada Masr.

Although the agency believes the material will not spread, an intra-ministerial committee mobilized equipment from the Egyptian General Petroleum Company, the Ministries of Environment and Irrigation and the local governorate to contain the spill.

As of Wednesday afternoon, the sunken barge was still in the water, Wassef said. The Armed Forces have been mobilized to remove the vessel.

No information was available about the company responsible for the crash. “It doesn’t matter to us who owns the company,” Wassef said.

According to Gameela Hussein, a water pollution specialist at Egypt’s National Research Center, phosphates — which are present in all living cells — are not toxic for humans or other wildlife.

The main problem that Tuesday’s spill is likely to cause is an increase in the growth of algae, which thrive on the influx of nutrients from the phosphates. This, she told Mada Masr, causes problems for water treatment, because more chemicals, such as chlorine and aluminum sulphates, need to be used to remove algae from drinking water.

Algae blooms can also compete with other species of plant and animal life for light and nutrients, disrupting the ecological balance of a waterway. Rotting masses of algae can also accumulate along the shoreline.

This is not the first accident of this type Egypt has faced, said Hussein. About 20 years ago, a similar accident happened near Beni Suef. At the time, the Ministry of Transportation attempted to collect the phosphates from the main stream of the Nile, a similar procedure to the clean-up effort the government is currently launching.

Tuesdays spill, although large, is dwarfed by the overall problem of pollution in the Nile.

According to a 2010 study, more than 400 factories discharge around 2.5 million cubic meters per day of untreated effluent into Egypt’s waters. Agricultural run-off and untreated sewage also remain major problems, with the majority of rural households unconnected to sewage systems, and major agricultural drains dumping directly into the country’s waterways.

Egypt depends on the Nile for nearly all of its drinking and agricultural water. According to the World Health Organization, health problems caused by unsafe drinking water and poor sanitation are estimated to be responsible for 2.8 percent of deaths in Egypt, including 13 percent of deaths of children under five years old.

This content was produced in partnership with the Rosa Luxemburg Foundation.