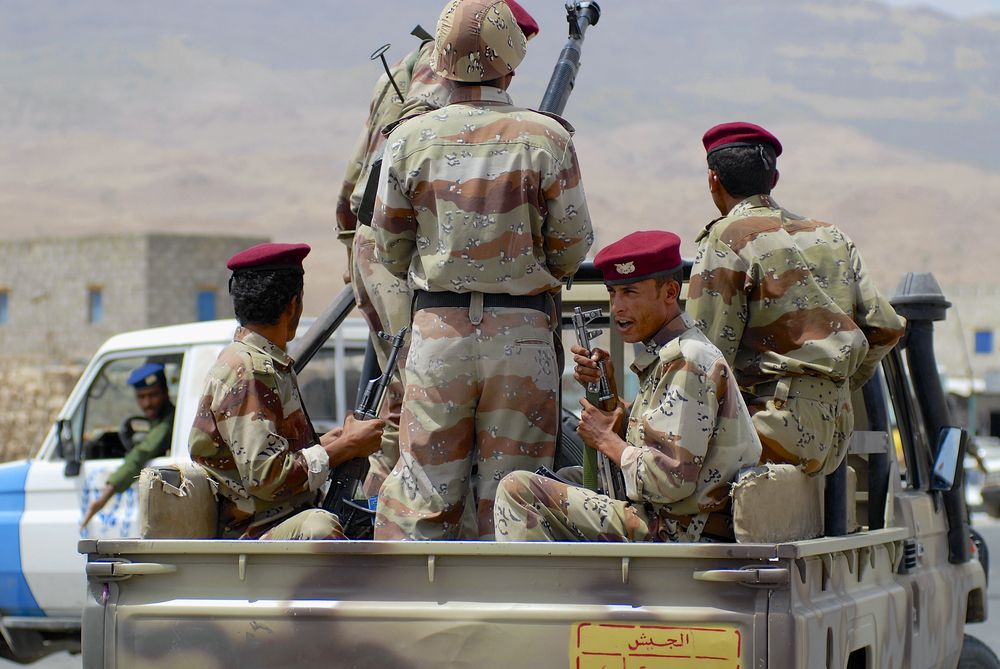 Saudi state television announced on Tuesday night that Operation Decisive Storm against Houthi rebels in Yemen had ended, but that the Saudi-led military coalition was simultaneously launching the new Operation Restoring Hope.

The Egyptian Armed Forces were part of the coalition’s air strikes against the Houthi rebels launched in late March, after militias drove the president out of the southern city of Aden.

According to the statement read on Saudi television, the operation ended because its achieved its goals, including the destruction of the ballistic missiles allegedly controlled by the Houthis, Reuters reported. The state-owned newspaper Al-Ahram reported that the operation had successfully removed any threat to Saudi Arabia or neighboring countries.

The Qatar-based satellite channel Al Jazeera quoted military coalition spokesperson Brigadier General Ahmed Asiri as saying that “the coalition has completed the Decisive Storm campaign at the request of the Yemeni government and the president of Yemen. The primary goals of the campaign have been achieved and sovereignty has been protected.”

“We are able to confirm that the Houthis are no longer a threat to Yemenis or neighboring countries. The Yemeni government will now undertake all necessary actions to start rebuilding the country,” Asiri added.

However, Asiri cautioned that the end of Operation Decisive Storm did not mean the coalition was declaring a ceasefire.

There will be “ongoing military action to stop any Houthi militia movements or attacks,” the privately owned newspaper Al-Masry Al-Youm quoted Asiri as saying.

The Saudi statement said that Operation Decisive Storm would be supplanted by Operation Restoring Hope, which includes among its goals restricting the movement of the Houthi militias, protecting civilians, and supporting and facilitating evacuation and relief efforts. The newly named operation would focus on “anti-terrorism, security and finding a political solution to the crisis,” according to Reuters.

Yemen has been gripped by extreme violence since the Shia Houthi rebels captured Sanaa in September. In January, the militants stormed the presidential palace and forced the Western-backed President Abd Rabbuh Mansur Hadi to resign as they held him under house arrest. The Houthis dissolved parliament and set up their own interim government, which they announced would rule the country for the next two years. In February, Hadi fled to the southern city of Aden, and Egypt closed its embassy in the conflict-ridden country shortly after. Saudi Arabia announced it would lead a coalition of regional countries to conduct air strikes against the Houthis in March.

According to the United Nations Health Agency, by April 17 at least 944 people had died and 3,487 people were injured as a result of the ongoing conflict.