Mahraganat music doc in cinemas for one week
By
Mada Masr 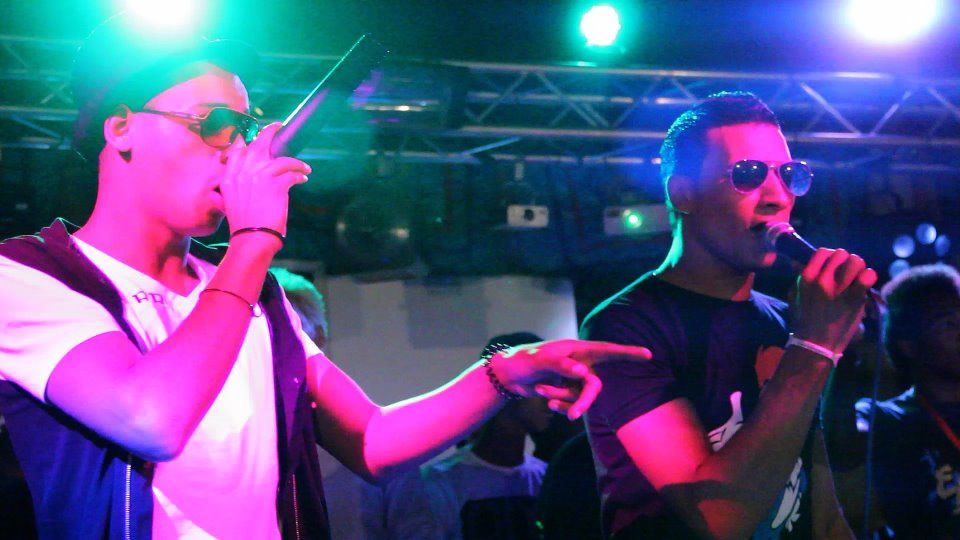 Starting April 22, Salma El Tarzi’s music documentary Underground/On the Surface will be screened commercially in Egyptian cinemas for one week.

The film follows the rise of young mahraganat stars Okka, Ortega and Wezza (also known collectively as the 8%) in 2011 and 2012.

News of the commerical release was announced by MAD Solutions on Monday.

Although released in 2013, the film was never commercially screened in Egyptian cinemas after going to the Dubai International Film Festival, where it won, and being featured at the Malmo Arab Film Festival.

Tarzi, an Egyptian filmmaker, told Mada Masr that it took the film almost two years to get a commercial release because it is “very difficult to conquer the monopoly of the market with an independent documentary.”

“Many independent filmmakers also have the same struggles,” she continued. “Independent features and documentaries are an alien concept for distributors.”

Tarzi shadows the musicians’ rapid rise to fame as it spreads beyond their neighborhood in Cairo’s Matareya district to nationwide fame, with songs like Haty Bossa Ya Bet (Give Me a Kiss, Girl). Using a fly-on-the-wall approach, she accompanies the musicians through recording sessions, shaabi weddings, street festivals and lucrative meetings with businessmen.

“Revolution and politics are rarely mentioned and remain only part of the background in election street posters,” wrote Mada’s Maha ElNabawi in her review of the film. “At one point Ortega asks Okka and Wezza who they’re voting for. Okka waves this off: ‘Even when Mubarak was here, he wasn’t going to help us. We can only help ourselves.’”

In another piece comparing the film with Hind Meddeb’s Electro Chaabi, which came out at the same time, ElNabawi praised elements of both films, including the energy and aesthetics, but ultimately said that they lacked “research, concrete information and psychological insight into the minds of the protagonists.”

It is yet to be announced which cinemas will host the documentary.

Topics
Related
8%
Assessing two films on mahragan music
Maha ElNabawi | In my experience, good music documentaries are structured around a question or quest. In “Searching
8%
From tok toks to TV: New film gets to the heart of mahraganat
Maha ElNabawi | “We have four social segments in Egypt: the poorer than poor, the poor, the middle class and the upper