Zeinab Khalifa has been making jewelry for 28 years, and come to learn a lot about the declining craft. She’s even been making plans for its revival.

Her own work is elegant, unmistakably Egyptian, and seems to have its own language of seriousness, a strongly graphic language you can relate to without it fitting into categories.

Every piece is designed by herself, handmade and one-off. Mostly silver-based, her earrings, necklaces, cufflinks, key rings and brooches are elaborate but not flashy, odd and happily imperfect, rather than slick, clean and “international.”

Islamic, Pharoanic, Christian and popular motifs are combined into a varied style that’s mythical, imaginative, sometimes anthropomorphic – as well as geometric patterns and looping lines, there are eyes, hands, fish, snakes, Arabic letters, whole faces, columns, scarabs, birds, crosses and crescents. There’s also an aspect that is perhaps humorous, sometimes coming at the expense of easy practicality – like rings with stones that extend outward by an inch. 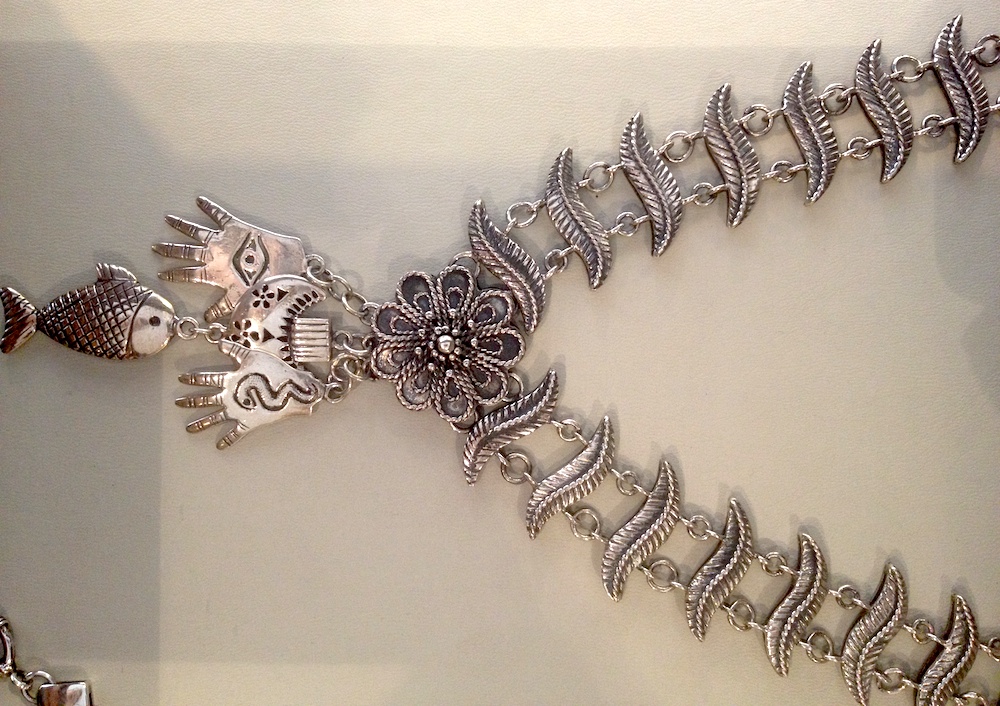 Khalifa also has an art practice, once said by writer and curator Bassam El Baroni to work “on both the conscious and unconscious levels of cultural production, imbuing solid conceptual constructs with bursts of expressive energy,” a description that could apply equally to her jewelry.

Khalifa was born the daughter of a wholesale grocer in 1951 in the central Cairo district of Attaba, where she says she had a very rich childhood – surrounded by art, tradition and craftsmanship. She was sent to a posh American school where she felt quite out of place. The family moved to Maadi in 1969, and she studied philosophy at Ain Shams University.

She came to jewellery later, after having children, and doesn’t see the shift from philosophy to making art and jewelry as much of a leap. She says philosophy is omnipresent in daily life, includes all the arts, and exists in her work as it helps her see things from a variety of angles.

“It all started with a passion for jewelry,” she says. “I began by collecting old pieces of costume jewelry and bit by bit I learned to fix the pieces that were broken.”

Khalifa doesn’t like the idea that jewels are accessories, and she’s not interested in making pieces that exist as financial investments or to indicate the wearer’s class, which used to be one of jewelry’s main functions. Jewelry talks, she says, reflecting and adding to your personality. 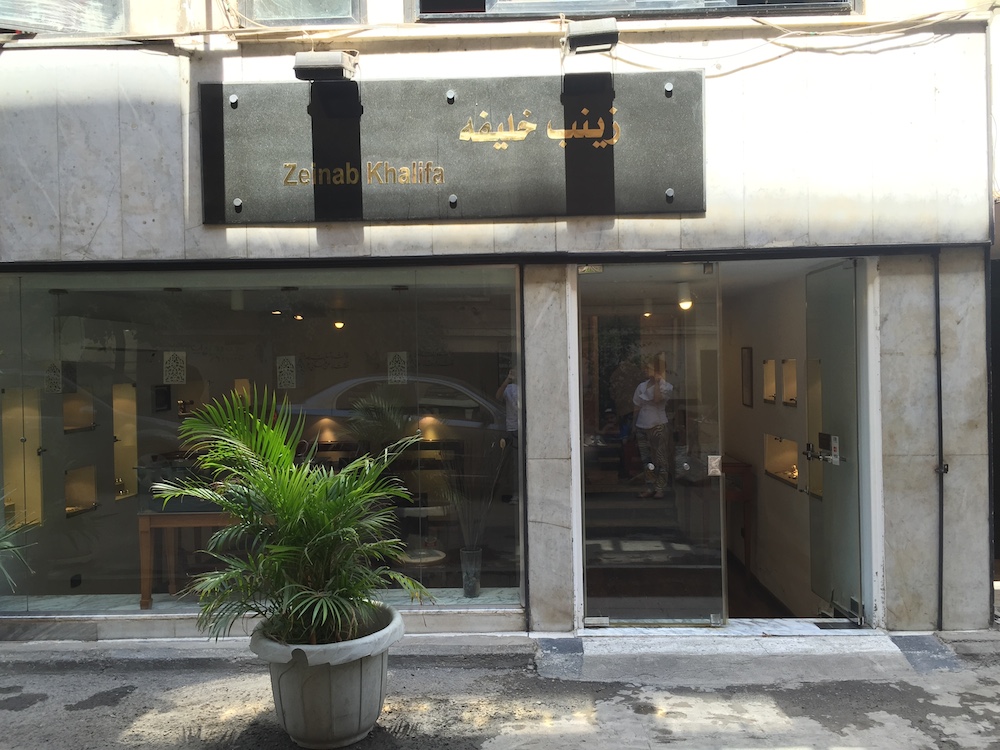 The shop at 1A Sayed Bakry St, Zamalek, Cairo.

Sitting in her small, unpretentious shop in Zamalek, she is gracious and more than willing to share her knowledge and concerns about the industry she works in, its history and the challenges it’s facing. And she’s equally forthcoming when talking about her own process.

“More than anything I want people to see the work,” she explains when two customers she seems to know well come in to peruse. She jumps up to talk to them. On the white walls of the shop are grey-painted quotes from Omm Kalthoum, Shadia and Mohamed Abdel Wahab songs. “She said the kohl of your eyes is sleeplessness / I said it’s from longing for your beautiful phantom.”

“The pieces speak to me — they impose the techniques and the materials they need,” she says. “I see the design first in my head and if I like it, I go ahead and start the design process. But my imagination is not always right.”

When she’s feeling adventurous she improvises directly on the materials, but mostly she draws out designs and then executes them. Her most recent collection is called the pharaonic collection, and each piece was designed on paper first, inspired by old temples and drawings. 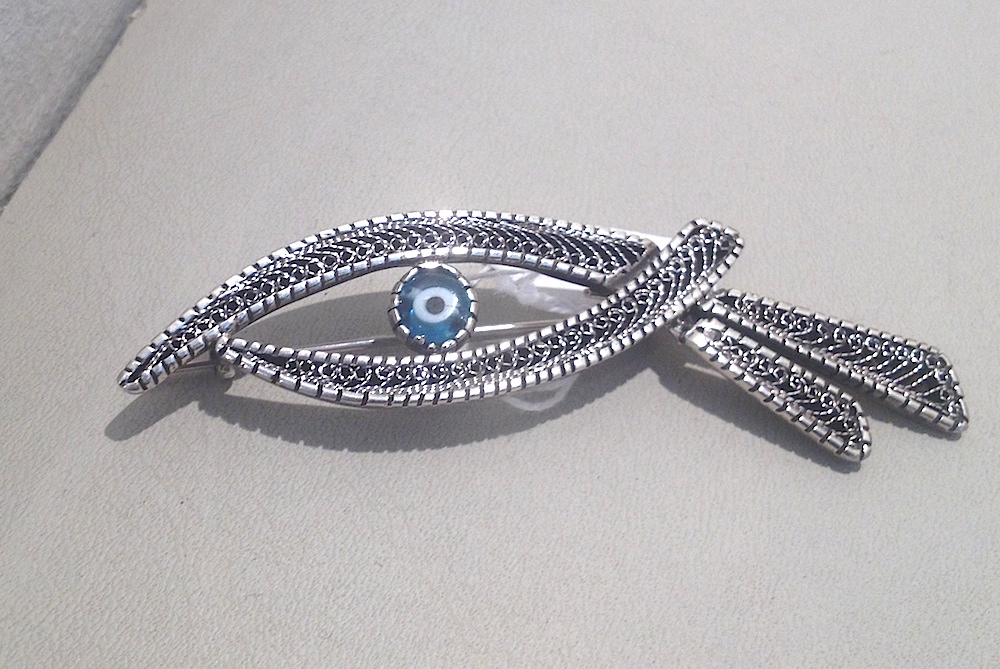 Traditionally, a model would be made for the workshop and the craftspeople would work from it. It used to be a family business. Each person had a young assistant, which was a very good system, she says – producing new ideas and imagination. But now the set-up is quite different.

There’s a six-person team in her workshop in Gamaliyya, including herself. She learnt the basics in a workshop nearby in the 1980s, and her own first workshop was close by in Haret al-Yahoud (once a center for jewelry makers, especially Jewish families, and the young Gamal Abdel Nasser used to live there), but they left it after a big fire. 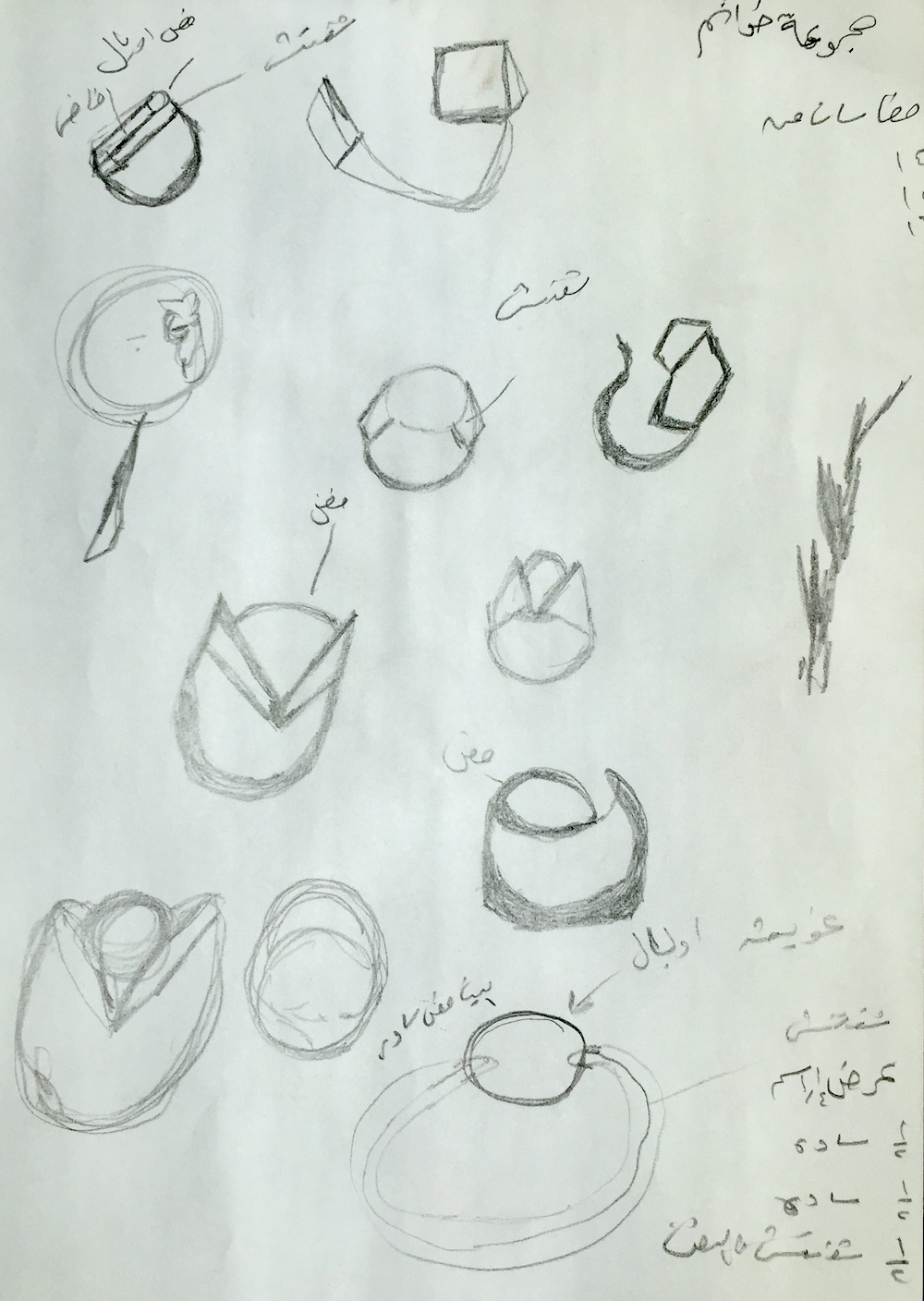 “When I began, people used to be specialized,” she explains. “There were those who did chains, those who worked in Arabic jewelry and those who were experts in the pharaonic line.”

She used to hire a man who set stones by hand, which is considered a very valuable skill abroad – but he had to steal left-over silver and gold to survive in the profession. Now he works in a completely different field.

“It is very difficult now to find skilled craftspeople, but not only in Egypt. It is very sad and I’ve tried to reach the authorities, but it’s no use.”

Khalifa is concerned that a lot of workshops in Gamaliyya have closed down, as she says it’s good to have both small workshops and factories. Workshops are where people learn. Even in London and New York she found that small workshops are often better. In factories you have a designer whose task is just to make the designs rather than see the whole process through – it’s a very different mode of production. 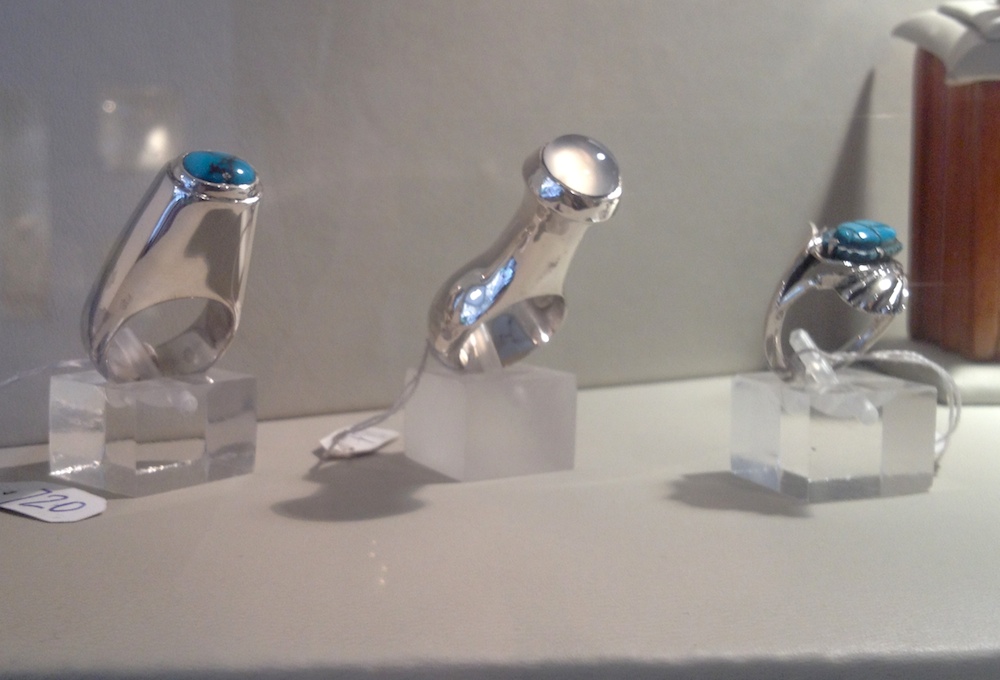 “In India they did a very successful experiment – they lifted the taxes from all craftspeople in Jaipur which consequently increased production,” she replies when asked how things could improve. “Secondly, health awareness is important, so regular training courses on hygiene and good ventilation in workshops would be a good idea to prevent the common diseases of the profession, tuberculosis and tremor paralysis.”

“The government needs to acknowledge the importance of this parallel informal economy and help it flourish, and this applies to most professions – not only jewelry making.”

But instead the government is moving the workshops to other districts. She also points to corruption-related issues, and suggests that if the government can’t help by providing ventilation systems, such as the one she’s installed herself in her workplace, they should just leave people alone.

The industry has also changed in other ways. Her mother would never have considered 18-carat gold gold, but now it’s the standard in Egypt.

“Raw materials are available as long as you can pay for them, there’s no problem there. But the standards for each designer vary. I prefer to work with raw pure 24 carat gold and the 999 carat silver and I mix it in my workshop to produce various carats,” she says. “Soon there’ll be a stock market for gold and that will further facilitate obtaining raw materials. Recycled gold is also available, which is good. It simply needs a small chemical procedure to return to its original condition.” 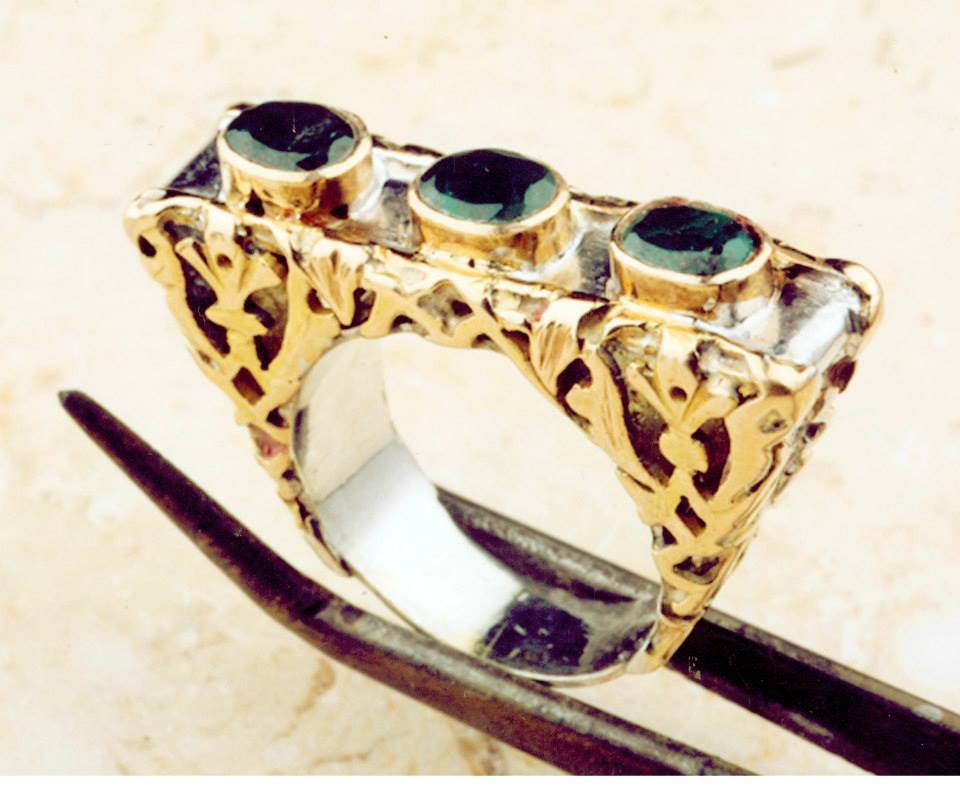 As an artist, Khalifa explores related concerns, such as the showing-off that takes place during middle-class weddings. “Installations are my passion and the field where I can play and let myself free, because I won’t have to work with all these expensive materials and I can unleash my imagination.”

She has been included in exhibitions at the Gezira Art Center, the AUC’s Falaki Gallery, and Cairo Atelier. “The first installation exhibited in Egypt was mine,” she says. “It was in the 1990s. I designed a bourgeois wedding out of cans.” 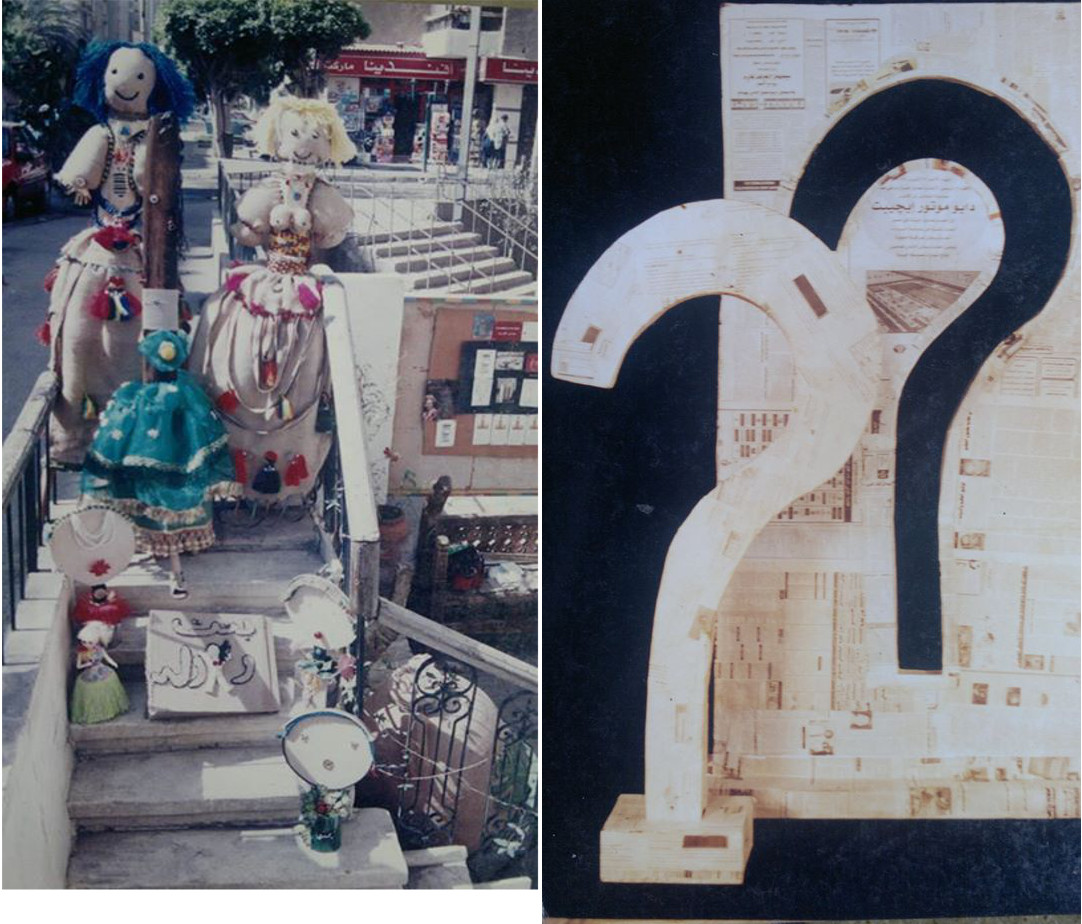 About a work shown at an artist’s studio at the Townhouse gallery in 2005, Baroni wrote that Khalifa creates “what one may call a ‘contemporary visual bestiary’ using only second-hand representations of symbols from the various omnipresent power structures that almost fatalistically construct our sense of self and society.” 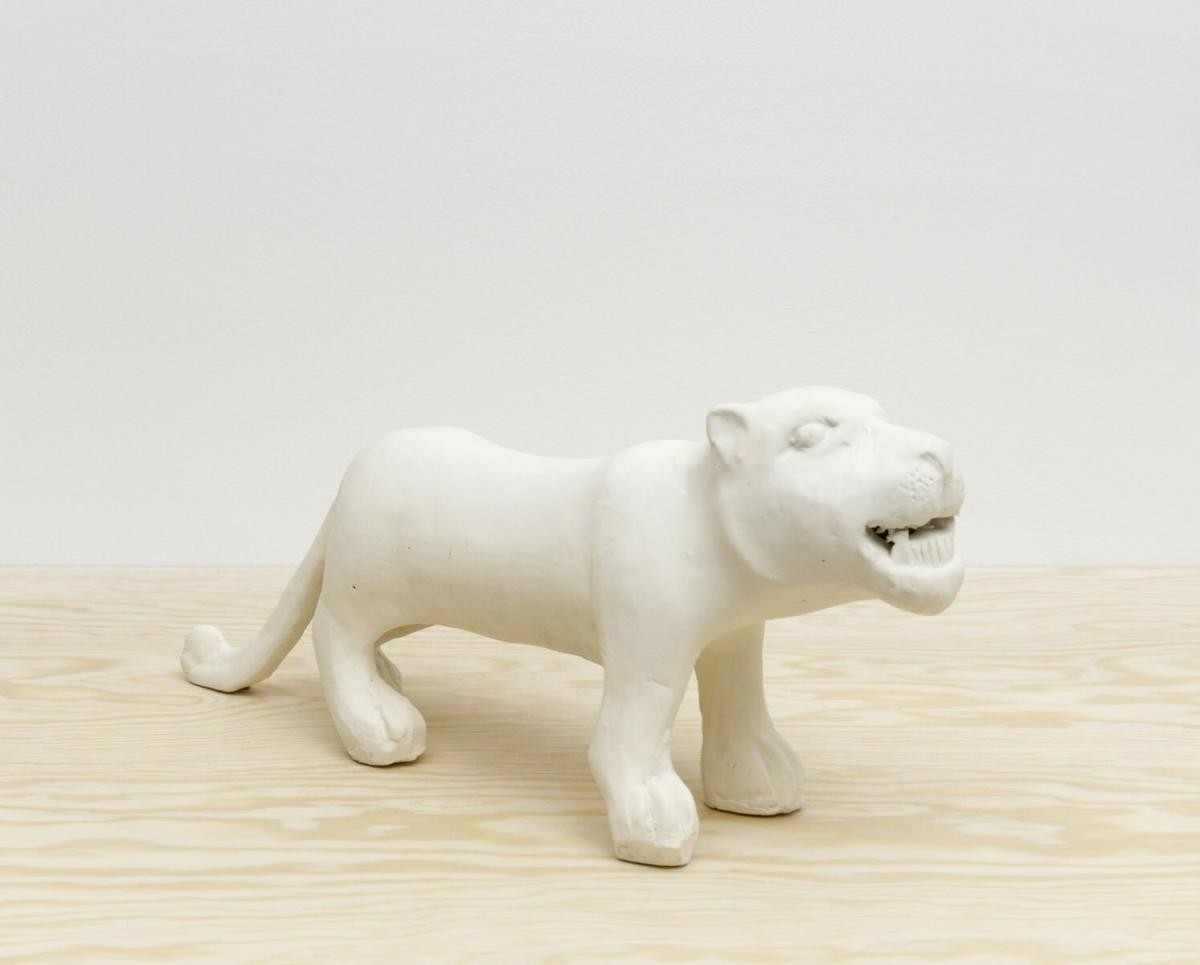 Hassan Khan, What Haytham Thinks He Wants, The Agreement, 2011.

Khalifa has also collaborated with her son, the artist Hassan Khan, by fabricating some pieces for his artworks in her workshop. One piece she worked on is Khan’s The Agreement (2011), a set of objects alongside nostalgic stories about disappointed protagonists.

In 2013, she made objects for his series of photographs Trusted Sources, which appeared in ArtForum magazine. The series also included a photograph of Khalifa, with the text: “A photograph of my mother shot on my cell phone on August 4, 2013, after six years of thinking about it and hesitating.” 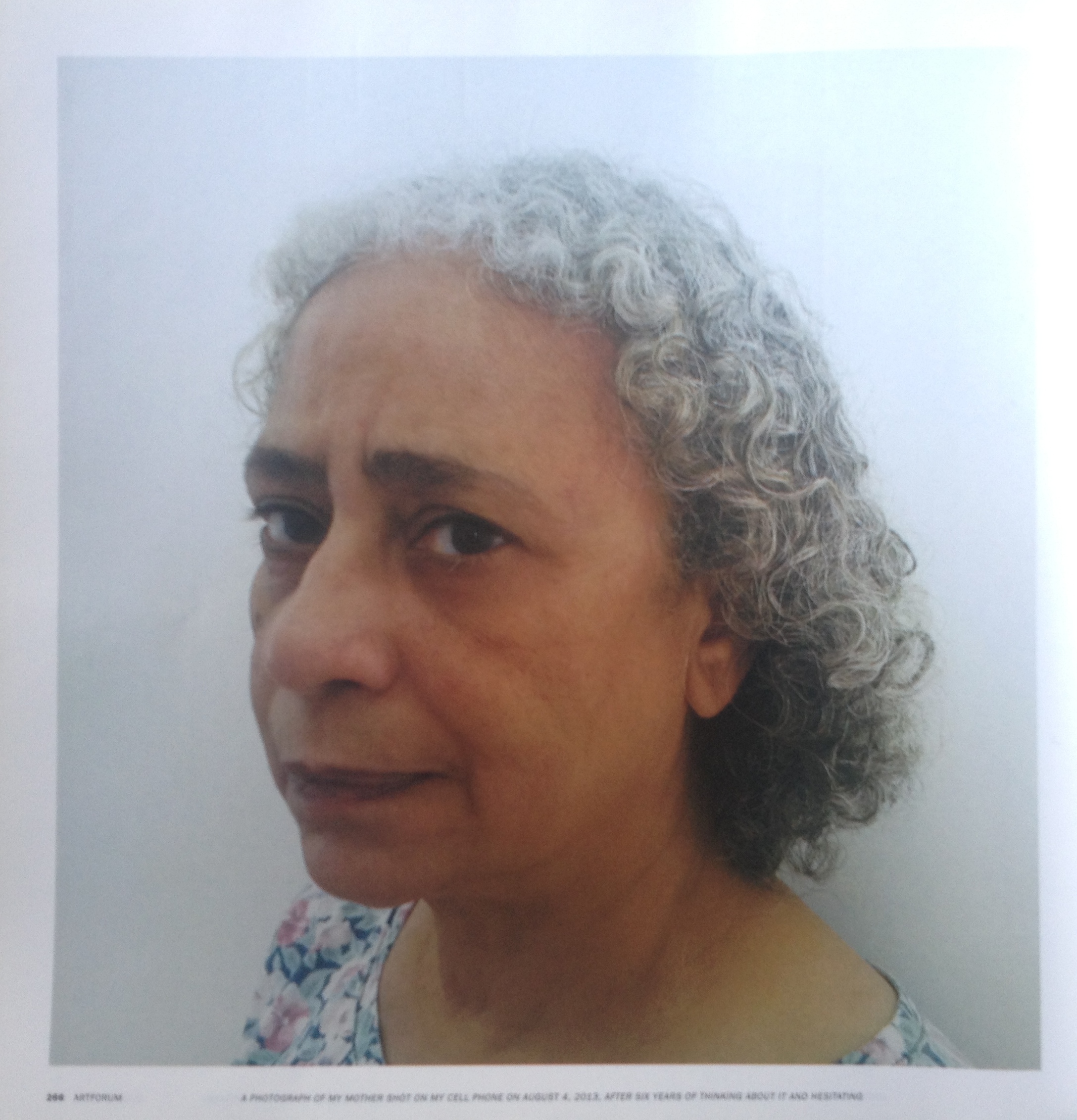 She’s currently working with a plumber on a big installation about 60 years of propaganda, which includes a montage of sound.

There’s also another large-scale project she’s working on. When asked about younger generations of jewelers, she says that sadly now people just want to make a living, more than having ambition, partly because circumstances have become more difficult. This is the major reason why she has dreamed of educating for the past four years, particularly for underprivileged young people.

“My dream is to open an institute that teaches kids the art of jewelry design,” she says. “I want these children to learn the art like Azza Fahmy and I both learned it, in a workshop.”

Khalifa’s daughter Nadine Khan, the filmmaker, recently put together a five-minute video as a fundraising initiative for the planned foundation, where you can see the workshop and the area surrounding it.

“We need more people in the field to enrich the market. Competition, to me, means that I have to improve my final product,” she answers when we ask about her competitors. We also ask about rip-offs.

“Frankly, my work rarely gets copied. It happened to me once when I still had a workshop in Khan al-Khalili. To copyright my designs I have to know the law, and unfortunately my legal knowledge is limited. And if you ask me, frankly in our current circumstance I’d tell you I wish people would duplicate my designs. Replicas of my work make me happy.”

“In the old days, there was the profession of the modelist or the person who develops the design. Nowadays, we have casts and mass production and catalogues coming from Italy that craftsmen can easily imitate. Before the system was organic and constantly producing new talent.”

“We need variety and people exposed to different opinions, not just mine,” she says, adding that she’d love to have other designers working for her. “I wish there were someone else but unfortunately there isn’t. If I launch the school, more people will join the field. My aim is to hire people with vision.”