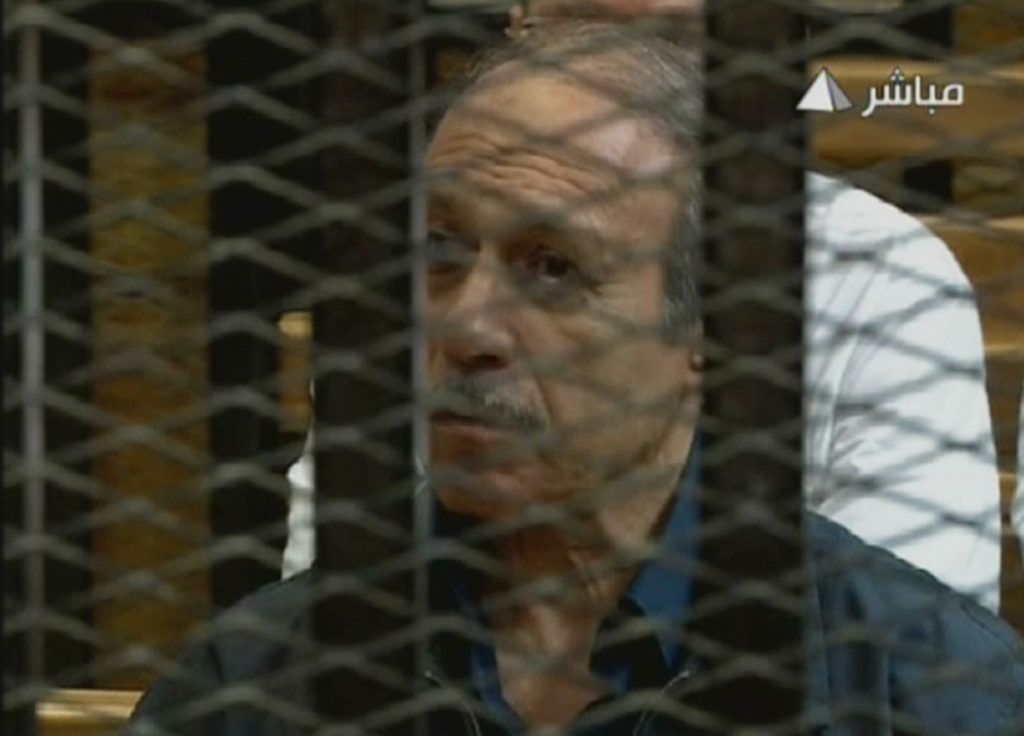 Former police chief Habib al-Adly, who served as Hosni Mubarak’s interior minister, has been released from prison today after receiving clearance from the Prosecutor General’s office. He is the latest figure – and perhaps the most controversial – from Mubarak’s inner circle to be released from detention over the past few months.

Adly had been jailed for the past four years pending his four trials, in which he had been charged with the mass killing of over 800 anti-Mubarak protesters (according to official figures from the Health Ministry) in late January 2011, along with charges of corruption, money laundering, illicit gains and misappropriation of public funds amounting to hundreds of millions of pounds, and the use of conscript labor to construct his personal villa.

In the four court cases where he has stood trial, Egyptian judges have cleared Adly of all charges leveled against him, with the exception of the case pertaining to the use of forced labor for the construction of his estate. In February 2014, Adly was sentenced to three years imprisonment for his role in exploiting conscripts for his personal ends.

However, after having spent four years in Tora Prison, Adly may imminently be cleared of every last criminal charge filed against him, according to statements issued by his defense lawyer to local media outlets. One final court acquittal could render the former interior minister a free man.

Mubarak appointed Adly as minister of interior in 1997, as a successor to Hassan al-Alfi following the Deir al-Bahari massacre in Luxor Governorate, which resulted in the deaths of 62 individuals – mostly foreign tourists – that had been claimed by the armed group Jama’a al-Islamiya.

During his nearly 13-year tenure as interior minister, human rights groups had accused Adly and his police apparatus of the systematic use torture, forced disappearances, involvement in extraordinary renditions, physical and psychological abuse of detainees in places of detention, espionage against opposition figures, among other violations, although neither Adly nor his deputies stood trial on these charges.

In November 2014, the Cairo Criminal Court dismissed charges brought against Mubarak and Adly, along with his six police deputies, pertaining to the deaths of hundreds of anti-regime protesters during Egypt’s 2011 popular uprising.

In his court defense, Adly denied that his police forces had killed protesters, and instead pinned the blame on the Muslim Brotherhood and the Palestinian Islamic resistance group Hamas, despite the fact that the minister of interior had personally issued a host of threats against protesters on state-owned media warning of a heavy-handed police response ahead of the 2011 mass protests.

On his personal account on Twitter, human rights lawyer Gamal Eid commented that Mubarak’s clique of officials who “sought to crush the January 25 revolution” have all been released, while the many of the youth who struggled for the revolution are either buried or jailed.

Another Egyptian Twitter user wrote, “Today Habib al-Adly is released and has returned to his home, while thousands of peaceful protesters are kept away from their homes and families as they languish behind prison bars.”

The first day of the 2011 uprising was organized on January 25 – Egypt’s National Police Day – largely as a display of popular protest against police brutality.

However, since 2011 only a handful of policemen or officers have stood trial for the killings of protester or other transgressions. Egypt’s judiciary has subsequently cleared the majority of these security forces of any wrongdoing.