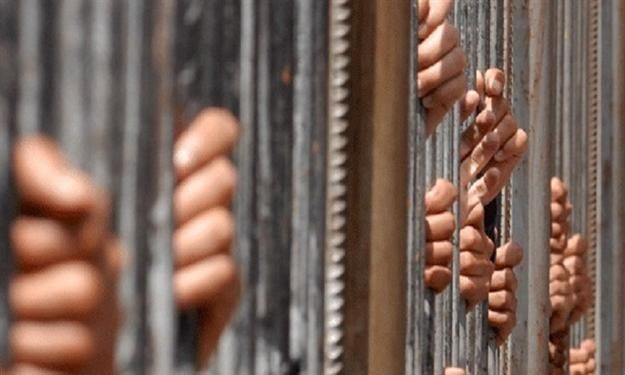 The Freedom to the Brave group published on Saturday a leaked letter from detainees in the Abu Zaabal Prison in which they complain they were subjected to torture and beating over the past few days.

“All the political prisoners were tortured and the cells were raided by masked central security forces which created panic,” the letter read. “We were attacked with batons and dogs, which led to several injuries and others passed out due to tear gas.”

Fifteen detainees were reportedly taken from their cells and tortured for three hours in front of the others. They were stripped of their clothes and forced to utter profanities, the detainees claimed.

The letter was written by detainees who were arrested on the fourth anniversary of the January 25 revolution for staging protests.

According to Ali Halabi, an activist who has been following the case of the January 25 detainees, it all began when prison forces attacked Ahmed Gamal Zeyada, a journalist, and other detainees tried to protect him.

“After that the cells were raided by masked forces with dogs and they destroyed the property of detainees as well as torturing them,” he told Mada Masr.

The detainees were then kept in the disciplinary room in their underwear for four days.

Reports of torture weren’t limited to Abu Zaabal Prison, but similar cases in Borg al-Arab Prison were reported as well. According to families of detainees, attacks go well beyond verbal assaults, which even the families are subjected to.

“The detainees and even their families are treated badly during visiting hours,” Mostafa al-Attar, brother of detainee Karim al-Attar told Mada Masr. “As soon as we arrive at the prison, security forces start treating us like sheep, ordering us to move from one place to another using profanities.”

Attar said that the detainees are held in confined spaces and are subjected to searches every few days, when their blankets may be burned and possessions destroyed.

“We know they are subjected to much more than that,” Attar said. “They don’t tell us, but they always look broken and they often cry suddenly.”

Kamal Abbas, member of the National Council for Human Rights, told Mada Masr that the council has received numerous reports from different prisons, especially Abu Zaabal and the appeals prisons. Such information includes forcing detainees to stand for hours.

The National Council for Human Rights issued a report last week saying that the Interior Ministry is hindering their visits to prisons, adding that it is prepared to join the prosecution in Shaimaa al-Sabbagh’s case.

“The Interior Ministry has been deliberately obstructing our visit to the prisons for over four months,” Abbas said, “and it denies any reports of torture.”

However, Abbas says these rules are ineffective. “Is it realistic for the Ministry of Interior to facilitate a visit for us to ascertain whether or not it is torturing detainees?” he asked.

Abbas explained that the council has long called on previous and current governments to abide by the constitution, which stipulates that visits are by notification and not authorization.

The council’s last visit, Abbas said, was to the January 25’s fourth anniversary detainees. He confirms they had been subjected to torture and beating when they arrived at the prison.

Mada Masr contacted media and human rights officials at the Interior Ministry for comment to no avail.

Topics
Related
prevention of torture
Why Egypt should open its prisons
Taher Mokhtar, Diana Eltahawy, Reda Marie, Hani Mostafa | In late April, a small group of us from Egyptian NGOs and independent movements attended the Middle East
Abu Zaabal Prison
The sound of prison
Lina Attalah | It’s 10 am and the contours of Tora Prison, south of Cairo, are filling with families arriving on time