Egypt’s cinematic gems: I am Free 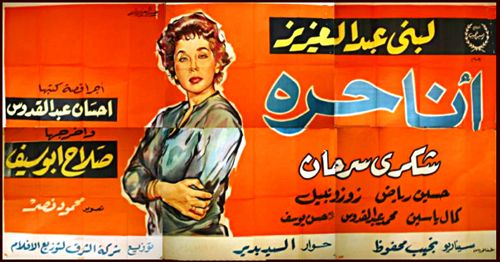 Salah Abu Seif’s 1958 production Ana Hurra (I am Free) was definitely ahead of its time. But then again so was the Ihsan Abdel Quddous novel it was based on, published in 1952.

I am Free has a strong thematic focus on freedom. It also touches upon the feminist discourse emerging at the dawn of the Gamal Abdel Nasser era and the new social dynamics that came with it.

Set in the years leading up to the 1952 revolution, I am Free starts with protagonist Amina (Lubna Abdel Aziz) standing on a balcony, in her school uniform, looking at young men in the street making comments about her. Her aunt comes out and yells at her for making a scene.

Amina lives with her aunt and uncle, who are conservative, controlling parents to her and her cousin (Hassan Youssef), thwarting his dream to be a violinist.

Amina’s whole struggle is to be free. She wants to do what she wants and be free of her conservative society. During the first half, her biggest aim is to go to university (higher education was not common for women then) and work to be financially independent.

I am Free is also a joy to watch, with its visually descriptive scenes: when Amina strolls happily through downtown Cairo, having skipped school, for example, or when she plays music with her cousin. Both scenes are shot beautifully, with acting that accurately transmits the rebellious struggle for freedom of a generation trying to challenge their conservative upbringings. 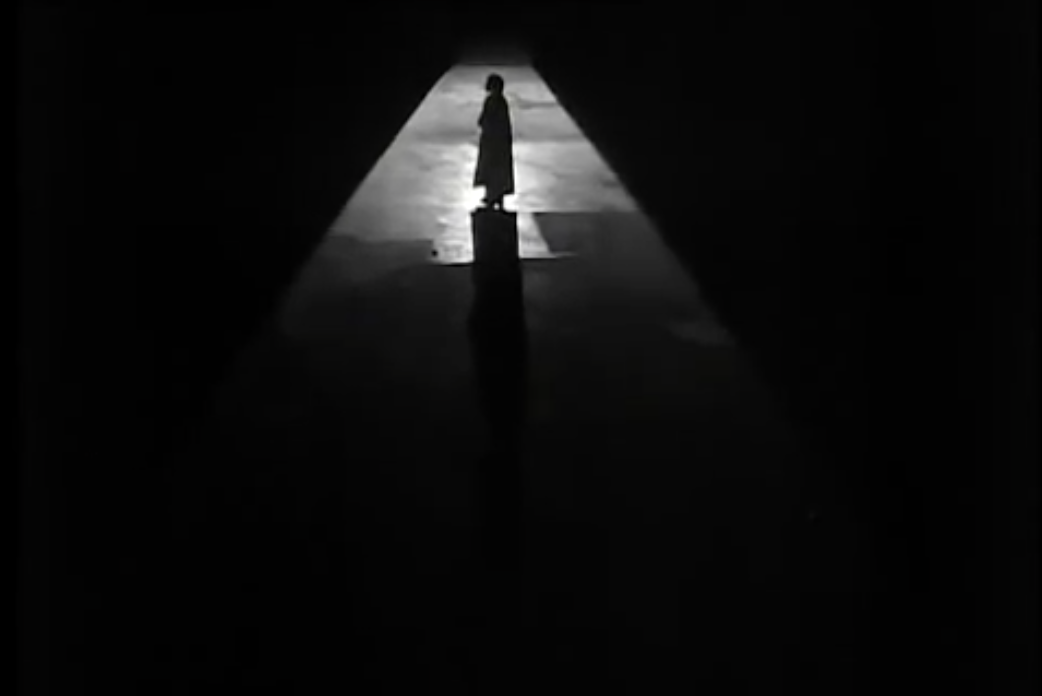 I am Free is divided into four chapters separated by Amina’s dreams. In these dreams she is met with her conscience, represented by a man’s voice. The image is captivating: A silhouette of Amina in the middle of the frame with a spotlight behind her as she struggles with her thoughts.

In the first dream she is confronted by what freedom is, and decides to rebel against her family and do as she pleases with no care for the consequences.

The first chapter is shot in two contrasting ways. When she is home, the camera is close to the characters placing them firmly in the frame. While when Amina is out on her own with friends, she is filmed from a distance, allowing more breathing room. This contrast helps us feel for her as the plot develops.

When Amina takes control over her life, her reputation takes a nosedive in the neighborhood, with everyone talking about how improper she is. In one scene, she confronts the women with how hypocritical they are, saying she at least has the courage to do what she wants.

In a series of encounters, Amina proves she is a strong character who is unwilling to compromise her rebellious nature, in a way so firm it is almost spoon-fed to the viewer. But the social double standards toward women she speaks of continue to this day. 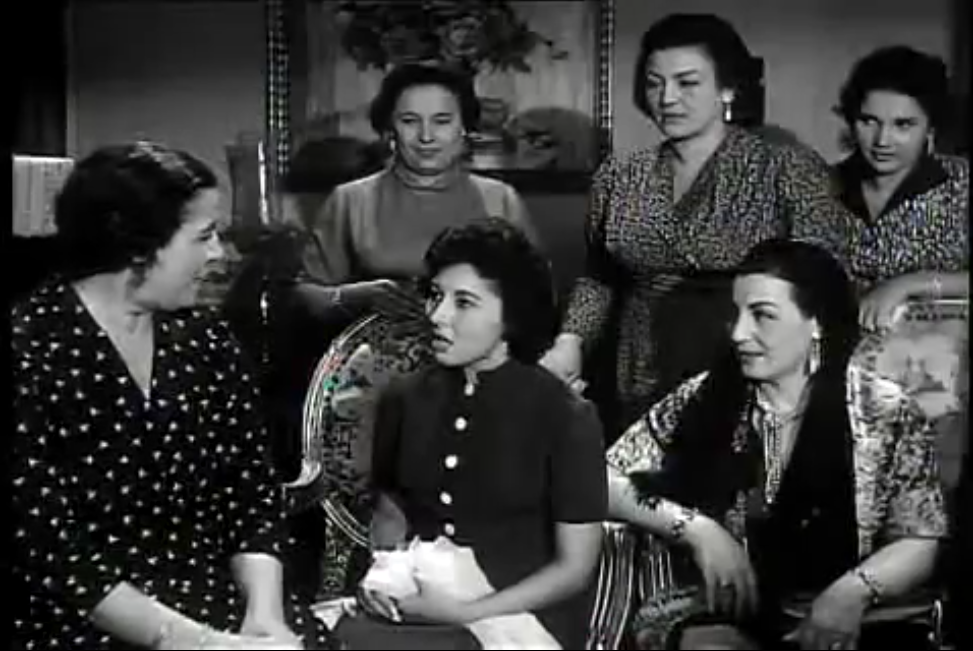 In the second chapter, she has obtained her freedom but spends most of her time partying. Realising she needs to take responsibility for the freedom she’s earned, she then starts studying hard and succeeds with high grades.

The film highlights the patriarchal society of the time in several scenes, but one part in particular stays with me: Although she’s against marriage she agrees to meet a suitor and is taken by his intellect and interest in culture. Quickly he starts to tell her how to dress and that she does not need an education, however, so she leaves him.

At this point her dream conscience confronts her on marriage. While her biggest fear is to be trapped and enslaved by a husband, her conscience brings her attention to ideas of sacrifice and understanding.

This is the point when Amina’s definition of freedom is questioned, and when the film starts to conform to contemporary standards of cinema and society, diverting from its striking content on freedom. But we don’t get a full sense of this dismissal of all her earlier struggles until the last chapter.

When she’s moved in with her father and starts working in marketing for a petroleum company, it’s surprising and impressive to see the focus shift from her freedom as a woman in a conservative society to the freedom of an employee in a large company, a more gender-neutral issue.

Surrounded by signs saying “Your Time Belongs to the Company” and “No Personal Phone Calls During Work Hours,” she is forced by her employer to take work home and has no time to enjoy the freedom she worked so hard for.

Abdel Aziz does a good job portraying both Amina’s pride at having achieved her goal and her simultaneous frustration at the trap she is in. Her father, played by Mohamed Abdel Quddous (the writer’s off-screen father), also adds a strong comedic sense here, so it succeeds both in its message and in entertaining. 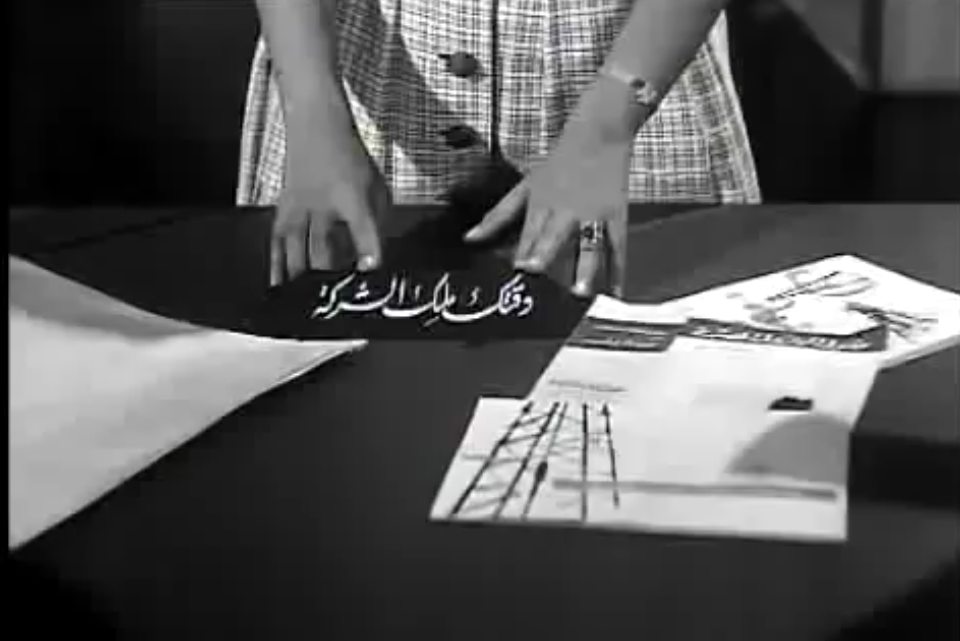 The fourth chapter is the weakest part of an otherwise profound and enjoyable film. Her conscience tells her to find a cause to utilize her freedom for, to compensate for the emptiness she feels. Instead of being true to herself, though, she follows her love interest (Shoukry Sarhan) in his political activism against British colonialism.

The shortcomings of the finale are in part due to the story taking a non-feminist turn, but also because both Sarhan’s over-the-top acting and the progression of the script (by Naguib Mahfouz) into the relationship fail to follow the tactfully presented themes of the rest of the film.

In spite of this deterioration, what’s really striking about this film is its depth in tackling the subject at hand. It’s philosophical, with a moving story tackling women’s emancipation, conservationism, workers’ rights and the freedom of an entire nation from colonialism.

Although it contains some cliches, Ana Hurra effectively puts forward social issues that still need to be addressed in a society that continues to struggle in finding both freedom and its meaning.

Abu Seif made film adaptations of several of Abdel Quddous’ novels during this period, resulting in Al-Wesada Al-Khalya (The Empty Pillow, 1957), La Anam (I Don’t Sleep, 1956) and Al-Banat Wal Seif (Girls and the Summer, 1960). Though not as progressive as I am Free, all had female characters in the lead role.

But both Abu Seif’s and Abdel Quddous’ other works also tend to focus on women as leading the story. The same can be said for Abu Seif’s Al-Zouga al-Thanya (The Second Wife, 1967) and Shabab Emra’a (A Woman’s Youth, 1956), as well as Abdel Quddous’ Al-Nadara al-Sawdaa (The Black Sunglasses, film 1963) and Embratoreyet Meem (Empire of M, 1972).

AD
You Might Have Missed
Carbon Colonies & A Green New Deal
What we talk about when we talk about trees
Where do old lesbians go to die?
Mugamma revisited: Reimagining the building and the square
AD
Rowan El Shimi
Culture journalist
107 articles on Mada