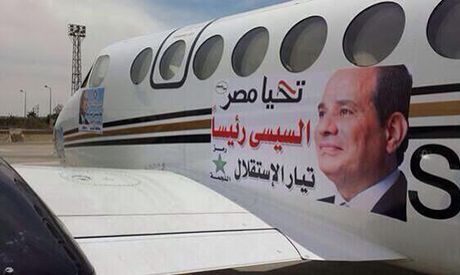 Sources from the state-owned EgyptAir Company announced on Sunday that they had evacuated a total of 6,699 Egyptians from Libya via flights from Tunisia over the past two weeks.

The evacuees are a portion of a total of over 25,000 Egyptians who are reported to have been repatriated since mid-February, a mere trickle in light of the estimated number of Egyptians working in Libya, which may range between 300,000 to one million.

These evacuations come in response to the release of a video on February 15 showing the beheading of 21 Egyptian Christian workers in Libya at the hands of a militant group which had pledged allegiance to the Islamic State (IS).

EgyptAir also announced on Sunday that it has begun operating a new route of flights from Algeria in hopes of evacuating even more Egyptians who are voluntarily seeking to leave Libya.

Citing sources from Egypt’s Ministry of Civil Aviation, the privately-owned ONA news agency, along with several other domestic news outlets, reported that 227 Egyptians residing in Libya had arrived on EgyptAir’s flights from Tunisia’s Djerba-Zarzis Airport on Sunday.

This source added that, over the past two weeks, a total of 6,699 Egyptians based in Libya had been evacuated on 26 EgyptAir flights from Tunisia.

This source also added that as of Sunday a new EgyptAir service was established through eastern Algeria’s In Amenas Airport, as an additional route through which to airlift Egyptians seeking to evacuate Libya.

This unnamed source claimed that 140 Egyptians are expected to arrive in Cairo International Airport on Sunday night via In Amenas Airport.

EgyptAir’s media spokesperson could not be reached for questions regarding the cost of these flights for Egyptian citizens fleeing Libya, or their rate of state-subsidization.

In a televised address delivered on the night of February 15, Egypt’s President Abdel Fattah al-Sisi announced that the state would be evacuating and repatriating all Egyptians seeking to leave Libya.

According to Egyptian and Libyan military sources, these airstrikes resulted in the deaths of 64 terrorist elements.

International rights organizations – including Amnesty International and Human Rights Watch – issued statements in light of these Egyptian airstrikes claiming the occurrence of collateral damage and deaths amongst Libyan civilian non-combatants, however.

Citing civilian and medical sources in Derna, these rights organizations claim that at least seven civilians, including three children, were killed as a result of these Egyptian airstrikes, while at least another 20 civilian non-combatants were reportedly injured.

Egyptian officials have since denied these claims of collateral damage and civilian deaths in Libya.