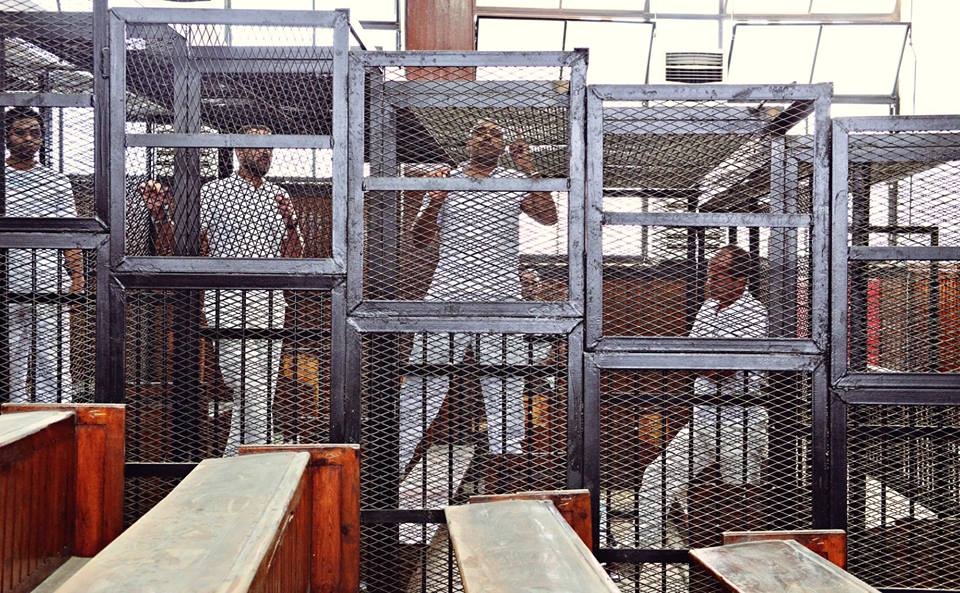 The Cairo Criminal Court released Al Jazeera journalists Mohamed Fahmy and Baher Mohamed on Thursday after the first session of their retrial in the “Marriott cell” case. The judge ordered Fahmy to pay LE250,000 in bail.

The case was adjourned to February 23.

Fahmy, along with released Australian correspondent Peter Greste, were both sentenced to seven years in prison, while Mohamed received a ten-year prison sentence for aiding a terrorist organization and airing false news. The Court of Cessation decided to grant the journalists a retrial in January.

President Abdel Fattah al-Sisi issued a decree allowing him to deport foreigners that have been detained pending investigations or convicted and imprisoned in Egypt. After the decree was passed, Greste was released and deported, and Fahmy, who is Egyptian-Candian, renounced his Egyptian citizenship in order to be deported as well.

On Thursday, Fahmy said that the decision to renounce his Egyptian citizenship was “very difficult,” adding that an Egyptian security official told him that this was the only way out for him.

Lawyer Mostafa Nagui, who represents Mohamed, told Mada Masr that his client will be released pending investigation into the case, adding that Mohamed must attend the next trial session on February 23.

Fahmy waved the Egyptian flag as he addressed the court on his decision to renounce his Egyptian citizenship. Once the verdict was issued, his fiancée cheered, “Long live justice.”

His lawyers requested the same treatment given to his Australian colleague Greste, adding that Fahmy is in dire need of medical care as he suffers from hepatitis C and a shoulder injury.