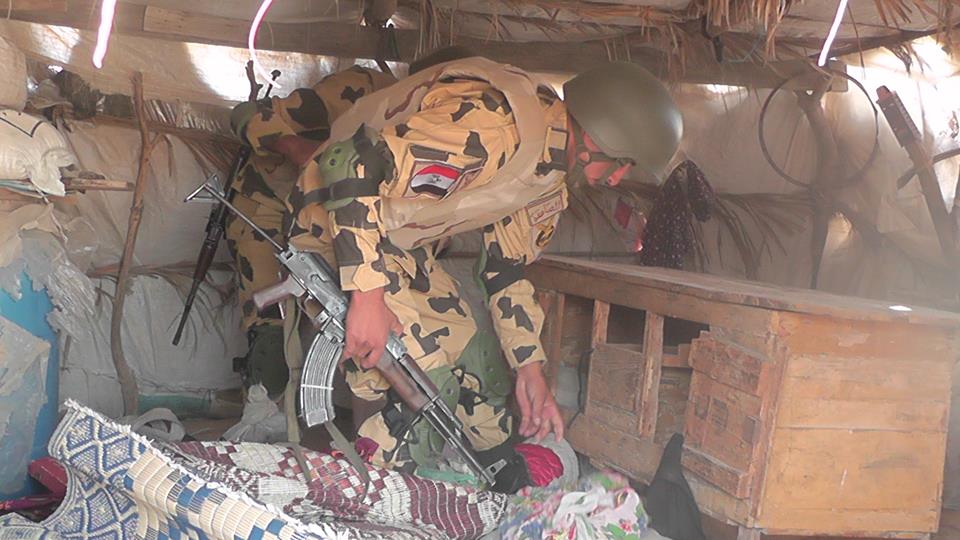 The Province of Sinai, a militant group formerly known as Ansar Beit al-Maqdes, has released a video online showing the kidnapping and execution of police officer Ayman Dessouky in North Sinai earlier this month.

Video footage shows several cars stopped at what is subtitled as a “jihadi checkpoint.” Dessouky is taken from his vehicle, blindfolded and bound.

Dessouky is then shown stating his name and rank, and says that he was arrested by Province of Sinai forces.

Ansar Beit al-Maqdes made the name change after swearing allegiance to the Islamic State in November.

The officer then states that the Interior Ministry arrests girls and students, and tortures and rapes them in prison.

“I call on the Interior Ministry to release all detained girls and students,” Dessouky says in the video, “otherwise all officers will be targeted.”

The next scene shows Dessouky on his knees, blindfolded. He is shot several times execution-style.

The video narrative proclaims that the assassination was carried out to avenge women violated by Egypt’s security forces. Footage, some of which was shot at Cairo’s Al-Azhar University, shows police arresting, dragging and beating women.

A voiceover laments these violent acts. Province of Sinai soldiers then vow to avenge the women who have been violated by the Ministry of Interior.

Dessouky, who worked for the ports security division of the police force, was kidnapped by gunmen on January 11 as he was traveling to Rafah. According to the Armed Forces, his body was found two days later.

In the wake of Dessouky’s death, the military killed 10 area residents they identified as militants, who were reportedly in possession of explosive belts, grenades and a number of vehicles.