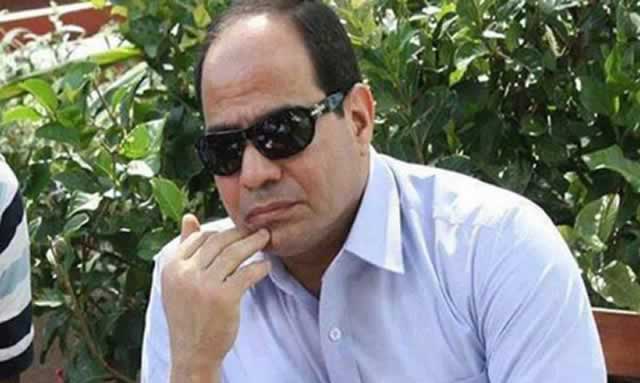 Sisi asked the Interior Ministry to compile a list of detainees who would merit such a pardon before January 25, particularly cases that have provoked outcry in the media or from rights organizations, the president told the press during his visit to the United Arab Emirates.

Two young men currently serving three-year sentences on charges of plotting to oust former President Mohamed Morsi’s administration are among those being considered for a pardon, Sisi said.

The president refuted accusations that his administration has been clamping down on young people, insisting that on the contrary, he wouldn’t hesitate to hire young people for government positions as they are “the most daring, enthusiastic and capable,” reported Al-Ahram.

Jailed activists, journalists and bloggers would also be pardoned, according to the privately owned newspaper Al-Masry Al-Youm (AMAY).

However, rights lawyers are taking the statement with a grain of salt.

Mahmoud Belal, a lawyer with Egyptian Center for Economic and Social Rights and a defense lawyer in the “Shura Council” case, told Mada Masr that announcements like these have been made time and again, and it’s clear that such issues are political, not legal, in nature.

“In this country, there are no standards and no laws. Such rulings are always political and there are always rumors of political pardons, but people still languish in jail,” Belal argued.

“We have nothing to do but wait,” he added.

Osama al-Mahdy, another member of the Shura Council defense team, was also reluctant to take the news seriously.

“This is not the first time we’ve heard this kind of news,” he told Mada Masr. “We’ve been hearing this since before Sisi was even elected president.”

Mahdy said government officials have leaked such rumors directly to him and others, but “they have been proven to be empty promises.”

Officials have also promised to amend legislation like the contentious Protest Law, but instead the system has only grown even more oppressive, Mahdy claimed.

“Until the decision comes out to actually pardon the detainees,” he concluded, “I have no comment.”

Canadian-Egyptian Mohamed Fahmy — the Qatar-based satellite channel’s Cairo bureau chief — and Australian journalist Peter Greste — their Kenya correspondent — have been in prison since December 2013 on charges of aiding a terrorist organization.

In November, Sisi issued a decree facilitating the deportation of foreign detainees to their home countries.

Local and international human rights organizations have long condemned Egypt’s crackdown on activists. The majority have been detained under the Protest Law, which bans protests without prior approval from the Ministry of Interior.

AD
You Might Have Missed
Carbon Colonies & A Green New Deal
Where do old lesbians go to die?
Mugamma revisited: Reimagining the building and the square
If they steal Sheikh Jarrah
AD