Egyptian actress Faten Hamama, nicknamed the “Lady of Arab Cinema,” died on Saturday at the age of 83. With more than 100 works to her name, the news of her death saddened many, including various cultural figures.

Thousands of mourners gathered at her funeral on Sunday at Al-Hosary Mosque in 6th of October City, during which many threw white flowers on her casket as it passed by, privately owned Youm7 newspaper reported.

Tributes poured in on social media and news websites for the actress, whose career spanned decades.

“She opened the door for generations to come and proved that acting is like any other profession,” renowned Tunisian actress Hend Sabry wrote on her Instagram account Sunday morning.

Actor Khaled Abol Naga thanked Hamama on Facebook, adding that she made people love and respect her through her life and art. Abul Naga’s older brother Seif played the role of Hamama’s older son in Imbratoreyet Meem (The Empire of M, 1972).

Omar Sharif, an international actor and a former husband of Hamama, told Emirati Erm News that her death was a shock: “The death of Ahmed Ramzi broke my back and now that Faten Hamama is gone too, I consider myself in the last stages of my life.”

In a phone interview with Lamees al-Hadidi on her daily show, Honna al-Asema, actress Youssra said Hamama was like a godmother to her and her husband.

Abdalla’s most recent movie, Decor (2014), paid tribute to black-and-white cinema and referenced Hamama’s Nahr al-Hob (The River of Love, 1960), about a woman in love with someone other than her husband.

Abdalla believes that many of Hamama’s movies, such as Al-Leilah al-Akheira (The Last Night, 1965) and The River of Love, were progressive for their era and still as relevant today. 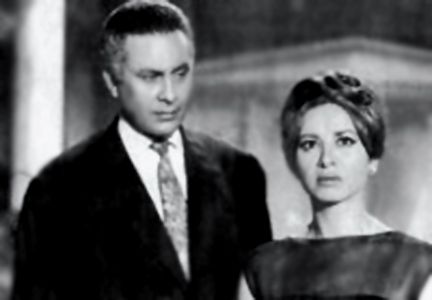 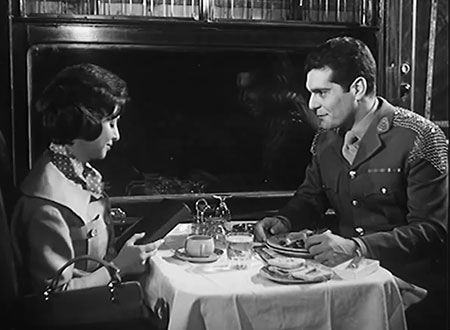 “She was an actress loved and idolized by her audience and that love allowed her to convey certain messages in her movies that would not have been received in the same way from other actresses,” explained Abdalla, who added that The River of Love would have been more controversial if it weren’t for Hamama’s ability to garner respect and sympathy.

Hamama was an inspiration to visual artists as well as directors. Egyptian painter Adel El Siwi and Armenian painter Chant Avedissian both seemed to find in her familiar face a bridge between Egyptian culture and Pop Art.

She was born in 1931 to a father who worked in the Ministry of Education. Influenced by Asya Dagher, an important actress and producer of the 1930s and 1940s, she started her career in 1939 as a child actress with actor and musician Mohamed Abdel Wahab in the film Youm Said (A Happy Day), by Mohamed Karim. Later she starred in other Karim films and studied at the High Institute for Acting.

She began her adult career with a series of collaborations with iconic actor and director Youssef Wahbi. Her first leading role was in Malak al-Rahma (Angel of Mercy, 1946).

Hamama’s career peaked in the 1950s. While she started out playing naïve and helpless women and the love interest for male protagonists, she quickly started focusing on roles where she could establish herself as a strong actress.

Hamama starred in several films that highlighted political and social issues in Egypt. Fateen Abdel-Wahab‘s Al-Ostaza Fatma (Ms. Fatma, 1952) is a comedy revolving around a young woman struggling to establish her own law firm. In 1954 and 1956 she starred alongside long-time husband Omar Sharif in Youssef Chahine’s Seraa fel Wady (Struggle in the Valley) and Seraa Fel Mina (Struggle in the Docks) respectively. She also starred in Chahine’s Ibn al-Nil (Son of the Nile,1951) and Al-Mohareg al-Kabir (The Big Clown,1952).

While her career slowed down comparitavely in the 1960s, with rumors that Gamal Abdel Nasser’s regime made things difficult for her, she continued to make films, such as her celebrated collaborations with director Henri Barakat in Doaa al-Karawan (The Nightingale’s Prayer, or The Call of the Curlew, 1959) and Al-Haram (The Sin, 1965). In the 1964 production Al-Bab al-Maftouh (The Open Door), she played a young woman who wants to join the 1956 struggle for the Suez Canal.

One of her most iconic roles was the 1975 production Oreed Halan (I Want a Solution), directed by Said Marzouk and produced by her ex-husband Ezz El-Din Zulfikar. The film examined the unfairness of divorce law in Egypt towards women.

Another role that defined her career in the 1970s was the above-mentioned Empire of M, where she plays a widow who has several children. It highlights a changing society and the decline of the education system in Egypt.

Hamama married Mohamed Abdel Wahab Mahmoud, an Egyptian physician, in 1975. She lived in Cairo until her death, which followed a short illness. 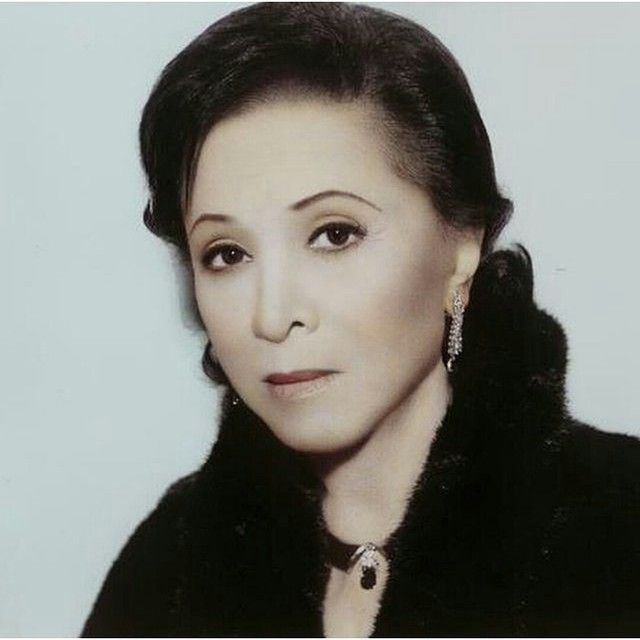 Topics
Related
cinema
Faten Hamama and the ‘Egyptian difference’ in film
Paul Sedra | The Egyptian difference yielded a cinema in the 1950s and 1960s that was more daring, more complex, and
Asya Dagher
A crowning end: On the life and death of Sabah
Kinda Hassan | I remember this super-blond woman appearing on television in 1987, and making me want to break the screen
Egypt's cinematic gems
Egypt’s cinematic gems: The Nightingale’s Prayer
Amany Ali Shawky | Tackling the idea that a man's value is his capacity for vengeance, and a woman’s chastity is more
Egypt's cinematic gems
Egypt’s cinematic gems: ‘The Empire of M’
Amany Ali Shawky | A great portrait of Egypt in the early 1970s, and a great vehicle for the progressive Faten Hamama