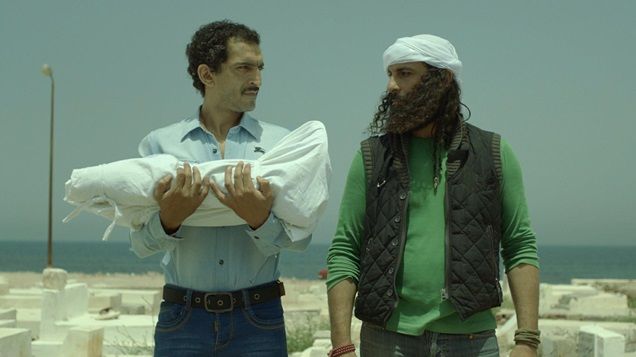 From the slums of our ancient city rises Al-Ott, a man who takes matters into his own hands to fight evil with evil.

This protagonist (Amr Waked with an adequately minimal and piercing performance) along with his brother Ghagary (Amr Farouk with a ludicrous prince-of-Arabia look completed by eyeliner and long curly hair) wants to bring down an organ-trafficking web run by Muallem Fathi (Salah al-Hanafy), a psychopathic creep who is fond of ménages à trois. This is orchestrated by a mystery man (Farouk al-Fishawy) who sees and hears everything.

Al-Ott (The Cat, 2015), written and directed by Ibrahim El Batout, is a severely disjointed movie about one of the oldest tales in the world, concerning God, man, good and evil. Mystery man is puppeteer, apparently, and all the strings are in his hands. He hurls the two brothers into an underworld of evil and crime, and peacefully watches them fight their way through it.

In 1999 Daoud Abdel Sayed wrote and directed his masterpiece, Ard al-Khof (Land of Fear), a tale about humankind’s constant struggle to discern good from evil. With this production, Batout seems to be aspiring for a similar saga, but unfortunately falls victim to a feeble script and a directorial inability to pull the story together. The result is a visually engaging movie — director of photography Tarek Hefny outdid himself — that has potential at the beginning but quickly becomes absurd, incomprehensible and annoying.

As we sat in downtown Cairo’s Metro Cinema on the first day Al-Ott was commercially released, the small hall was relatively full. But as soon as the film was over and the credits rolled, there was a collective groan from the audience, with statements like “What the hell was that?” and “I don’t get anything.”

Al-Ott stars Amr Waked as a local vigilante who, with his sidekick brother Ghagary, is out to destroy a gang that kidnaps homeless children to steal their organs and enslave them in child marriages. Motivated by his daughter’s kidnapping, Al-Ott seeks not only revenge, but also to annihilate this evil in society that the government is failing to control.

Farouk al-Fishawy stars as a mysterious character pushing Al-Ott to go after the gang’s leader. This character is not clear. He looms through temples and places of worship at one point, and at another he admits to Al-Ott that he too is an organ trafficker. For me, this character is what really weakens the film. It had potential to bring in some intellectual depth, but was too difficult to absorb in line with the story.

The film has great cinematic moments. The choice of a gangster thriller set against the backdrop of the post-revolution security vacuum is an interesting way to make a film about the revolution without actually being about the revolution. Batout also made a smart choice casting Tarek Hefny (Rags and Tatters, Decor) as the cinematographer. Hefny has a cinematic language that is poetic and stunning.

Hefny’s work is really what holds together an otherwise shaky film. Al-Ott had the potential to be a tight, illusive crime thriller with philosophical depth. Unfortunately, it did not succeed in connecting its themes to its events, and left the audience trying to link many scenes that did not fit into its general narrative. 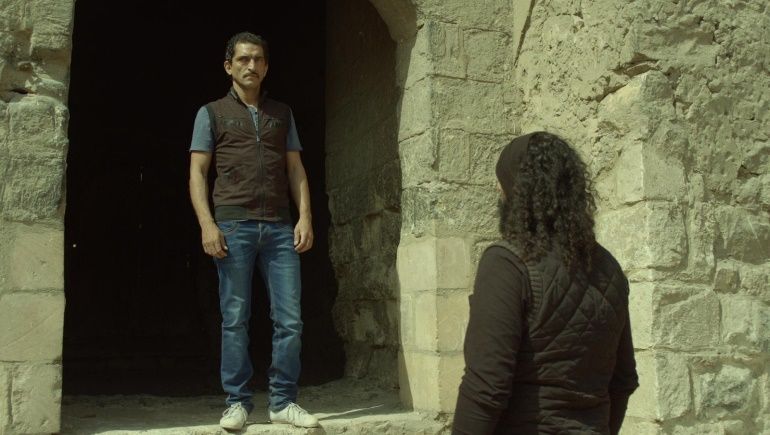 The first 20 minutes were pretty strong, I thought: A tense, hard-hitting, quite wordless sequence about organ trafficking. Two bad guys drive around Cairo at night and kidnap children from the streets. In a makeshift “hospital” the kids are showered together and told not to be scared. There’s a close-up of the surgeon’s shaky hand as he picks up the scalpel he’s dropped onto the dirty, bloody floor, then a kidney being removed from a small shrouded figure’s side and put in an icebox. Interspersed with these real-looking, rather shocking organ-trafficking scenes, the camera follows Amr Waked as he strides around alleys and corridors and eventually sits in a small room and makes a bomb.

In keeping with Batout’s worthy, journalistic approach, there’s a shot of a billboard advertising luxury homes looming over a run-down neighborhood, and a close-up of an old man’s bandaged feet. But these details fit smoothly with the action. Batout has stepped up his game a lot since Winter of Discontent (2012), which was weak in terms of craft and plot.

After this promising start, Al-Ott swiftly becomes carried away with its own theatrics: We leave organ trafficking to focus on the vendetta of Al-Ott (Waked is convincing and watchable) against the sullen, glistening trafficking boss Fathi. Things begin to feel less convincing when the focus shifts rather too overwhelmingly to explosions and scantily clad women, but one is accustomed to crime thrillers being used as outlets for male fantasy. I really lost hope when the action veered off into the randomly mystical, and things just didn’t make sense anymore.

When a woman we’d never seen before traipsed around downtown Cairo in a tiny glittering minidress to inform a new god-like character of some development, I realized I was never going to get to the bottom of what was meant to be happening. By the time we got the hieroglyphs-synagogue-church-nightclub sequence, I had given up and was just waiting for the end. 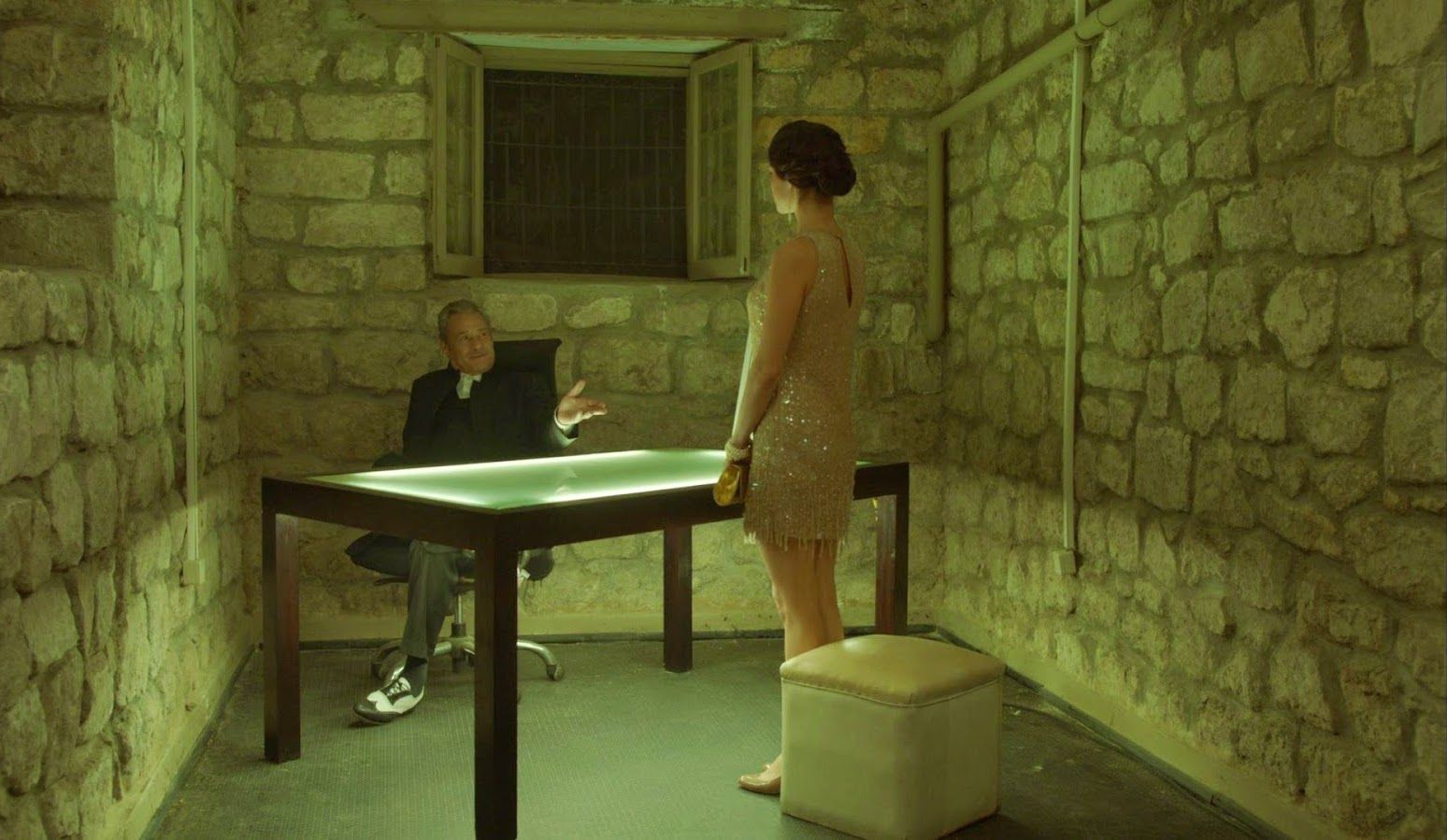 I remember watching a Batout movie for the first time. It was his second, Ain Shams (2008), and it meant a lot for independent filmmaking because it cost LE30,000. A lot of young enthusiastic filmmakers gave Batout the status of a godfather of independent film. I hated it and couldn’t even finish watching it — I didn’t believe the actors and didn’t like the way they spoke. And not being a filmmaker, I couldn’t relate to its political significance in the struggle against the corporatized film industry.

After I watched Al-Ott, a friend jumped off her seat before anybody else and dashed across to whisper in my ear: “You have to tear this film apart in an article on Mada Masr.”

Everyone else was also outraged. It wasn’t just a bunch of people who just saw a movie they didn’t like much. There was bitterness, disappointment and betrayal in the air. I felt that there had been more than just cinematic expectations. Perhaps for a lot of people, the success of Batout’s movies was meant to be a success for “our cinema” — a filmmaker who is “like us” who’s finally capable of making movies for us. I couldn’t think of another explanation.

Between my first encounter with Batout’s movies and the last, I was surprised by how much his work has evolved. Al-Ott is his most properly made movie. It has infrastructure problems, but they’re not that awful. He sets up a promise for the kind of movie it’s going to be and delivers, at least for the first third. Beautiful cinematography and human interest are central. But then, as it develops into its plot, things start to go wrong.

The metaphysical dimension Al-Ott wants to explore and use to give the characters’ struggle a deeper meaning ends up making events occur in a confused way and ruins the topic’s seriousness. The epic fight of a protagonist who has dedicated his life to end an organ-trafficking business, already a very interesting story, becomes shallow, unconvincing, pretentious and sometimes laughable when Farouk al-Fishawy is cast in a god-like role with shiny shoes and a drunk, 1980s acting style.

Movies are deceptive — you sit in the cinema knowing they’re lying to you, pretending they’re going through the pains they’re acting, and the story is arranged in a way that’s supposed to get your attention and manipulate your feelings. It’s challenging on a personal level for a filmmaker to practice that much deception while making a movie about something they truly believe in.

Al-Ott doesn’t work because it’s too ambitious. Optimism and big dreams have always shaped Batout’s cinematic vision. I don’t think he’s going to let go of the traits that helped him get all the way from an LE30,000 budget to a big project like this. I’m glad he managed to make Al-Ott the way he wanted and I’m interested in how it isn’t ashamed of providing entertainment. The recipe is still developing with Batout, as with lots of “our” filmmakers. The next experiment will definitely be worth watching. 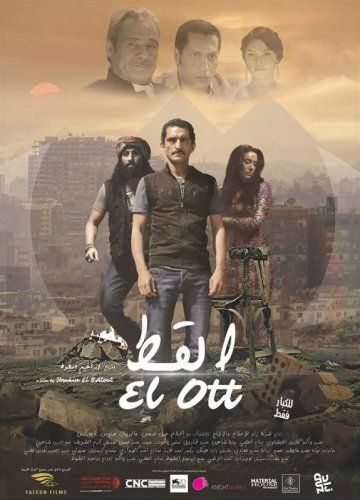 Al-Ott is currently on commercial release in cinemas.