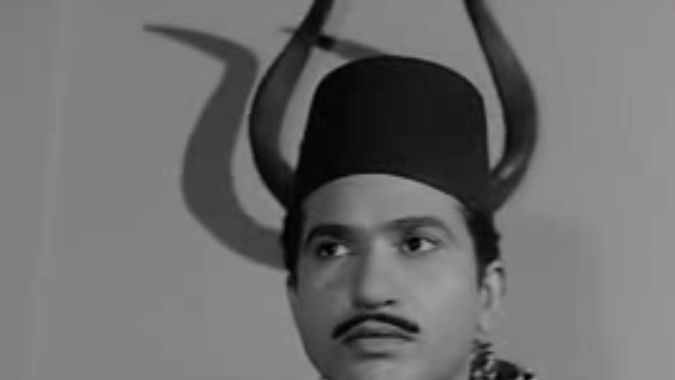 Al-Qahira 30 (Cairo 30, 1966), based on a novel written in 1945 (as Cairo Modern) by Naguib Mahfouz, was arguably the first film in Egyptian cinema to push for a socialist solution to Egypt’s eternal problems: class struggle, societal decay and corruption.

Directed by Salah Abu Seif, godfather of realist Egyptian cinema and fan of Soviet realism, with a script by socialist intellectual Lutfi al-Kholi, Cairo 30 was released in a period of critical art and engaging artists: the 1960s.

Mahfouz narrated the social corruption and dishonesty in early-1930s Cairo, after the death of influential nationalist leader Saad Zaghloul and the appointment of Ismail Sidqi as prime minister, which transformed the “liberal” era of Egyptian politics into a scene of factionalized parties, competing to gain a majority and form a government.

“Don’t expect the parties to change anything. Most are formed and led by beys and landowners. They’re useless. We need a radical alternative that creates a new society,” says socialist idealist Ali Taha (Abdel Aziz Mekowy) to his Wafdist journalist friend (Abdel Monem Ibrahim).

Mahgoub (Hamdy Ahmed), student at King Fouad University, watches his friends talk politics in a small room. He has another philosophy. He feels unobliged to follow any ideology, liberates himself from everything, cares for nothing and no one, and faces each situation with the word “tuz!” meaning “fuck it.”

But four months before graduation, Mahgoub finds that his sick old father will no longer be able to provide him with his trivial allowance every month.

Mahgoub remains a model of selfish opportunism in Egyptian cinema. But as the plot develops, a question arises. Was he born greedy and materialistic, or did his economic and social surroundings make him that way? Both Mahfouz’s novel and Abu Seif’s film indicate that the “tuz” approach to life is a result of a poverty-stricken childhood, describing victimization, hunger, humiliation and lack of alternatives.

Eventually Mahgoub goes to an old-time neighbor, Salem al-Ikhshidi (Ahmed Tawfik), who tells him to write about a charity event organized by a Turkish woman who claims to do good for the country. So Mahgoub, corrupt and repulsive as he is, becomes the main commentator of the decadent elite, the fat cats, high-class pimps, beys, notables, collaborators with the British and charity organizers.

“It’s true that me and them don’t believe in morals or ideals,” he says to himself. “But still. They’re from a much better kind than you, Mahgoub. You have a college degree? Tuz! They’ll eat you alive along with your diploma.”

While he’s sitting on the floor of his small room, trying to find Machiavellian words to describe what he saw, Ikhshidi summons him. He says he doesn’t find anything attractive in Mahgoub, who has no money or political power, nor any rich or powerful family members. But he then offers him a “position”: He’s to marry a mistress of a corrupt, posh official (Ahmed Mazhar) as a cover for their relationship, in return for a job as his secretary and a fancy flat.

It turns out that the “bride” is Ihsan (Souad Hosni), former lover of his socialist dreamer friend Ali. Ihsan, an impoverished and romantic beauty, also faced a dilemma. Should she marry Ali, and have no money or fancy clothes? Or live with the bey and have both? Eventually she sold herself, parents agreeing, for her family to have better living conditions. Poverty made Ihsan forget her old love Ali and accept what’s essentially the role of a prostitute.

In many films Abu Seif used sex to refer to power, authority and moral decay. In Al Zawga al-Tania (The Second Wife, 1967), for example, the powerful mayor divorces a peasant from his wife (also Souad Hosni) and marries her forcefully. She resists by avoiding sexual contact with her new husband. In Shabab Imra’a (A Woman’s Youth, aka The Leech, 1956), the alpha female (Tahyia Karioka) controls the protagonist (Shoukry Sarhan) financially when he offers himself to her physically.

The significance of Cairo 30 and Abu Seif’s cinematic strategy can be described in four scenes. 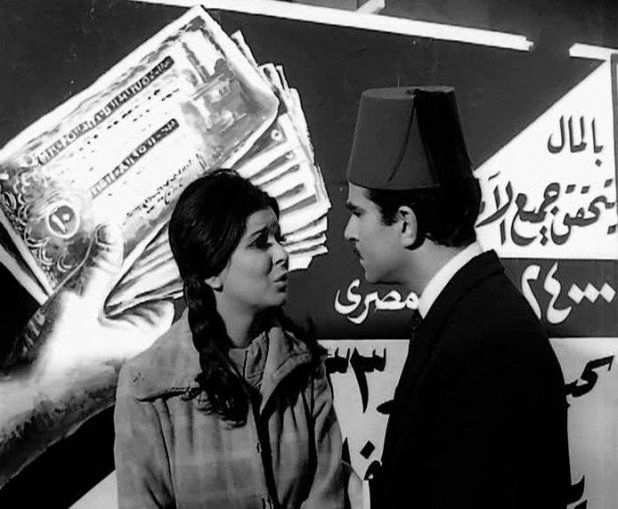 The first shows Ali and Ihsan after watching Alexandre Dumas’ drama Camille. Discussing the performance, they pass a billboard that reads “with money all dreams can be achieved.” Materialism as a sign of reactionary thinking was used significantly in Soviet cinema.

She asks how Camille’s beauty could be a source of misery for her.

“It’s not her fault,” he answers. “It’s the fault of the society around her, which only glorifies money and material objects.”

In the beginning of the film Mahgoub says, “Goodies cost money. Everything has a price. Love. Status. Honor. Give me money and I’ll buy you the whole world.”

Small, contradictory dialogues make Cairo 30 a masterpiece. These chitchats draw the struggle between three characters, the opportunist Mahgoub, the materialist Ihsan and the revolutionary Ali. But Abu Seif’s bias utilizes the camera for the triumph of Ali, who is loyal to his ideas, through showing the defeat of the other two. 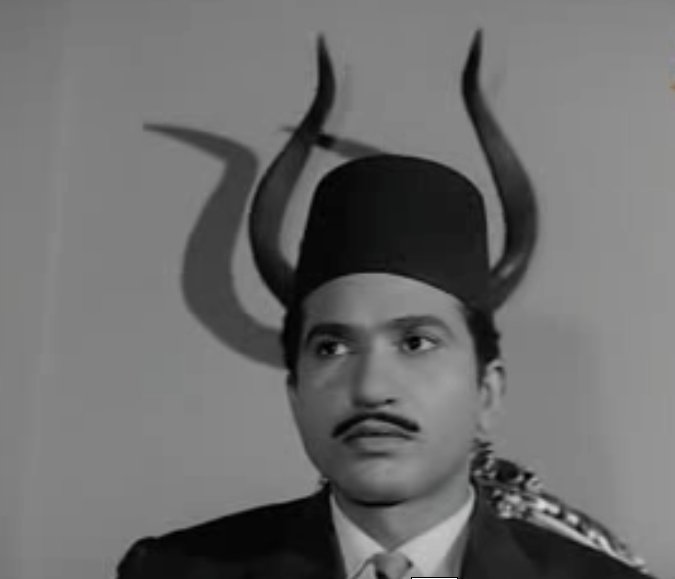 The second scene shows Mahgoub captured at an angle in front of a taxidermied trophy that makes it look like he has horns. He’s getting married and meets his in-laws.

Hinting that Mahgoub has reached the peak of his “tuz” philosophy, Abu Seif’s cinematography with Hamdy Ahmed’s facial expressions exemplify self-inflicted humiliation. The shot presents him as a symbol of a pimp, or submissive man in a patriarchal context.

It’s still used by activists and satirists to refer to sellouts and reactionaries in Egypt’s political scene, where there are a lot of Mahgoubs and Ihsans.

Abu Seif made Cairo 30 a collection of visual symbols to tell the story. The third scene is almost a sequel to Mahgoub fancy-suited but humiliated with horns. As Ihsan surrenders, the bey gives her a fancy room and expensive clothes. Black shades reflect on the room like prison bars.

Mahgoub and Ihsan had decided not to pledge loyalty to anything, but eventually fail, having been so close to perfecting the philosophy. Caring is the innate resistance they’re trying to suppress, but Mahgoub has feelings for Ihsan, and Ihsan still cares for Ali.

The film insists that they are victims and guilty. Poverty made them prey to materialism and social corruption, but Abu Seif never failed to make the idea of opposites or alternatives interesting: The duo are not directly condemned, but the emphasis on Ali Taha’s struggle shows up their guilt.

The alternative is radical change and refusal of the status quo. Ali Taha abandons material gains to pursue underground journalism and agitate the masses, facing arrest, torture and possible death at the hands of the police.

Abu Seif never shied away from using both script and camera to promote a specific, whether nationalism or socialism — and his over-use of symbolism has been criticized for being too direct, leaving no space for imagination.

In one scene, Ali Taha preaches to his underground comrades about the need for change.

“The masses are in need of new ideas,” he says, “and they always respond to people who engage and discuss their problems.”

His face is in front of an empty frame, next to portraits of nationalist leaders Ahmed Orabi and Mostafa Kamel. His facial expressions and mustache look like Gamal Abdel Nasser’s.

The film suggests a Leninist solution, putting faith in an educated vanguard, who through writings and agitation can fuel the masses’ consciousness to lead revolution and destroy a dog-eat-dog society.

It seems that Cairo in 1933 is very similar to Cairo in 2014. Corruption and nepotism made the bey a minister and acquitted Mubarak despite years of torture and societal decay. The same Ministry of Interior that was loyal to the king was loyal to Morsi and now Sisi. The bureaucratic employees who welcome Mahgoub as secretary are those who collaborate with every new regime. The parties ruled by beys, notables and landowners are almost the same parties now run by businessmen, ex-generals and puppet politicians.

AD
You Might Have Missed
Carbon Colonies & A Green New Deal
What we talk about when we talk about trees
Mugamma revisited: Reimagining the building and the square
Where do old lesbians go to die?
AD
Adham Youssef
9 articles on Mada