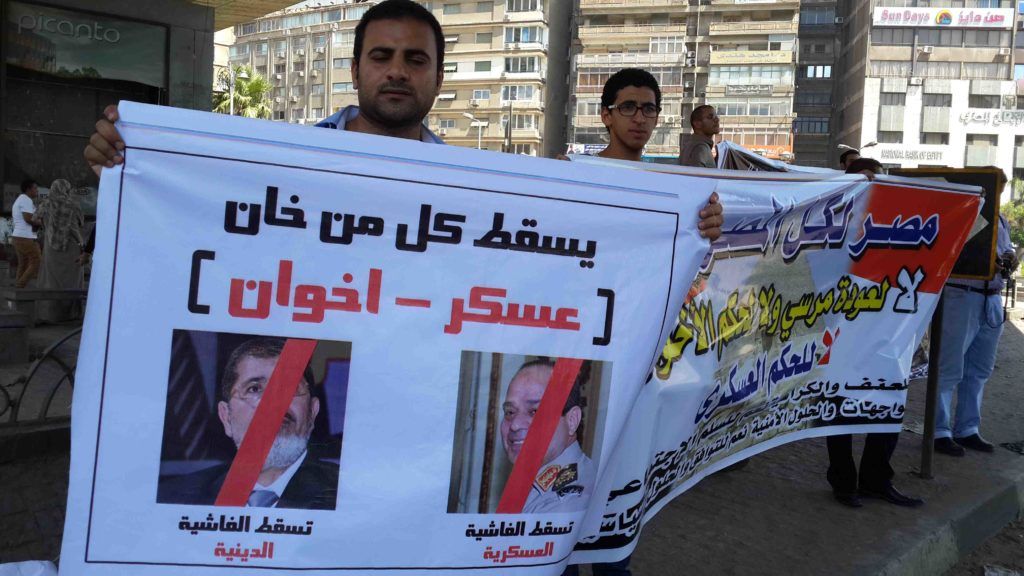 A number of demonstrators tried to march to Tahrir in the morning to oppose last Saturday’s acquittal of ousted President Hosni Mubarak, his sons and his top security aides on charges of killing protesters during the January 25, 2011 revolution and corruption during his administration.

Police dispersed the protesters in Abdel Moneim Riad Square off of Tahrir the moment they began chanting against the government, according to the privately owned newspaper Al-Shorouk.

In anticipation of Friday’s protests, police blockaded all entrances to Tahrir and closed the Gamal Abdel Nasser metro station in the heart of downtown.

Local media said the closures were in anticipation of Muslim Brotherhood protests. However, it was unclear to which political groups the protesters attempting to reach Tahrir belonged.

Several groups had called for protests today, including the April 6 Youth Movement and the Revolutionary Socialists.

After the dispersal, some groups called to renew the protests in the afternoon.

Non-Muslim Brotherhood activists have debated whether to take to the streets alongside Islamist protesters to object the verdict. While some have argued it is essential to take to the streets regardless of disagreements with the Brotherhood, others were wary of being used by the ousted Islamist group as a tool in their ongoing conflict with the current administration.

Topics
Related
conspiracy theories
Why everyone walked free in the Mubarak trial
Judge Mahmoud al-Rashidy knew that the acquittal of former Interior Minister Habib al-Adly and six of
Al-Azhar University
Nationwide student protests demonstrate against Mubarak verdict
Protests have broken out on university campuses across Egypt in response to Saturday’s court verdict
Hosni Mubarak trials
Update: Second protest by Tahrir shut down by police
For the second day in a row, protesters gathered in Abdel Moneim Riad Square close to Tahrir Square to
Habib al-Adly
Mubarak cleared of all charges, including conspiring to kill protesters
On Saturday morning, a criminal court in North Cairo dismissed the case against former President Hosni