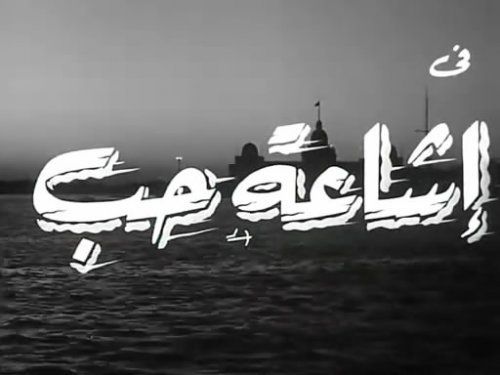 “I know you love flowers, so I sent a plane to get these especially for you.” If you think this a line from Batman Begins, think again. It’s from Fateen Abdel Wahab‘s famous, brilliantly cast romantic comedy Eshaeit Hob (A Rumor of Love, 1960).

The film’s cornerstone is a couple who fulfill a familiar trope of Nasser-era movies: Abdel Qader is a wealthy self-made businessman from Port Said, married to a conceited woman called Bahiga, who constantly brags about her Turkish blood and aristocratic family.

Samiha, their beautiful 17-year-old only daughter, returns from Cairo after finishing school accompanied by an unforeseen guest: the unusually named Lucy, a cosmopolitan lad with a foreign accent and a masters in modern dance — who’s also the son of Bahiga’s sister Fakiha (a great presence in the film, though we never see her). 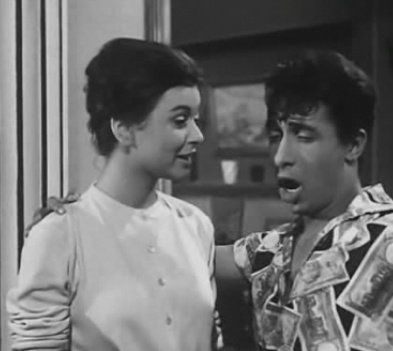 Saddened by this unforeseen turn of events (unlike his wife), Abdel Qader ropes in his nephew Hussein, an aloof nerd who’s secretly in love with Samiha, to plot a love ambush to break them up. After a 10-minute crash course in flirting from his uncle and his cousin Mahrous, Hussein fails his first test to win Samiha’s heart at the dance. But a Port Said Valentino is in the making anyway, because Abdel Qader and Mahrous build up the imaginary reputation of a womanizer around the inexperienced Hussein. This involves spreading a rumor that he’s in a relationship with a certain celebrity, a scheme which almost works until an expected visit occurs and the little rumor explodes in everyone’s faces.

The movie is patriarchal to the core, with Samiha having very little agency in the middle of all these manipulations, and there are various indicators that Lucy is just not man enough for her. Yet A Rumor of Love is still an undeniable giggle on many levels. As we’ve said before, Abdel Wahab was great at combining great expressive actors with smart comic writing, and here he put together an unexpected bouquet of players who had nothing to do with comedy yet managed to produce one of the funniest flicks in the history of Egyptian cinema. 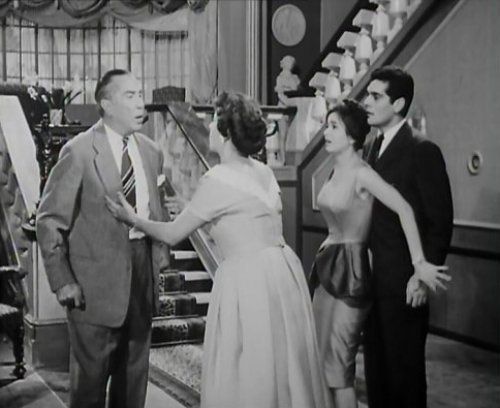 Youssef Wahbi, known for his theatrically dense and classical, almost creepy performances in films such as Gharam wa Enteqam (Love and Vengeance, 1944) and Safir Gohanam (Hell’s Ambassador, 1945), plays Abdel Qader, the funny, middle-aged yet attractive womanizer, with enchanting ease. Wahbi is clearly parodying himself, improvising Shakespearian lines despite the fact that his character is supposed to be a simple playboy company manager.

A high point occurs when Abdel Qader and his assistant are pretending to be working in order to create a cover for something wrong they’ve done, so he pretends to be dictating a letter. “Thank you so much for your cooperation,” he declares, “and please don’t forget to send the veils to the old warriors in Paris.”

Abdel Wahab gave Gamal Ramses the role of his life as Lucy. Ramses had never really left the talking-extras zone in gangster movies and his cinematic existence would fizzle away by the end of the 1960s. But Lucy, son of Aunt Fakiha, in his funky shirts and Elvis hairdo, will remain an immortal icon of 1960s Egyptian pop culture.

Abdel Qader’s scenes with “mushy” Lucy were so successful that they were all but recreated seven years later for Neyazi, Mostafa’s equally sexist and less clever (though it’s interestingly structured as a series of short films) Al-Bahth Aan Fadiha (The Search for a Scandal, 1967), this time with a well-off camp dancer called Reko (Nagui Angelo).

Meanwhile Omar Sharif, generally cast in sappy roles as romantic, mysterious chick-magnet (Nahr al-Hob (River of Love), made the same year, is just one of many such films), plays the unattractive, uptight and dreary young man who constantly fails to win his cousin’s heart because he lacks the moves. Most male leads of the era were smooth, heroic, flirtatious players, and Abdel Wahab brilliantly revolutionized the stereotype with this messed-up geek with cat-eye glasses who you can’t help but love.

Casting the ever-entertaining Souad Hosni as Samiha was a good but expected choice, and the same applies for comedian Abdel Moneim Ibrahim, who flourished as wingman Mahrous. Superstar Hend Rostom and soccer player Adel Heikal were cast as themselves, which was exceptionally unusual and gives the storyline a realist angle amid all the chaotic drollness.

Another selling point for A Rumor of Love is that it focuses on a posh, provincial segment of Egyptian society that was destroyed by the massive internal immigration to Cairo that began in the 1970s, increased insanely in the 1980s and still continues. 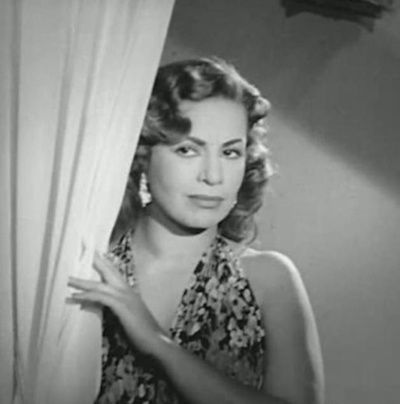 AD
You Might Have Missed
Where do old lesbians go to die?
Carbon Colonies & A Green New Deal
What we talk about when we talk about trees
Mugamma revisited: Reimagining the building and the square
AD
Amany Ali Shawky
89 articles on Mada

Topics
Related
cinema
Where Do We Go Now? But where from?
MF Kalfat | MF Kalfat on Nadine Labaki's 2011 film Where Do We Go Now?
Egypt's cinematic gems
Egypt’s cinematic gems: Miss Hanafi
Amany Ali Shawky | An accidental sex change drives the action in of the most progressive and controversial comedies of the
cinema
The conscript in Egyptian films: Part 1
Adham Youssef | Egyptian cinema may be criticized for poor effects, overrated acting and commercial tendencies. Yet it
cinema
Egypt’s cinematic gems: ‘My Wife is a General Manager’
Amany Ali Shawky | Omar asks his wife to keep their marriage a secret in the workplace and she complies.