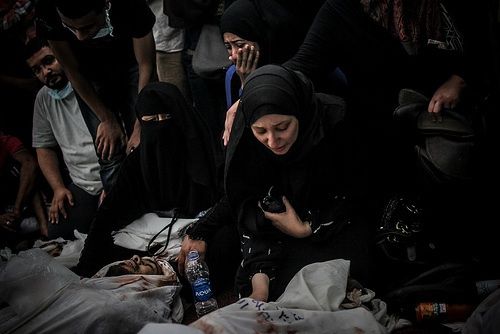 A government commissioned report on Rabea is due to be released in early November, promising to produce a more measured account of the Rabea dispersal and bloody events that followed than Human Rights Watch, which lay blame squarely at Sisi’s door, according to a member of the investigative committee.

The state-commissioned, official fact-finding committee will present its report on the bloody dispersal of the Rabea al-Adaweya sit-in, and attacks on Coptic Churches that followed, to President Abdel Fattah al-Sisi on November 5, the official Middle East News Agency (MENA) reported on Thursday.

The vice president of the committee, Iskandar Ghattas, asserted that this report, along with the findings of an investigation on the Republican Guards, would be on Sisi’s desk shortly, and detailed reports of other incidents would follow in mid November.

The committee was formed by former transitional President Adly Mansour last year, to investigate all the violent events that took place in the aftermath of the ouster of former Islamist President Mohamed Morsi.

The committee reportedly asked members of the ousted Muslim Brotherhood group to present their testimonies several times, but Brotherhood figures questioned the committee’s independence, citing fear of prosecution if they revealed their identities.

Iskandar said the committee has specifically pointed to criminal responsibility on every side for the bloody events, and that its report cannot be compared to the Human Rights Watch (HRW) report, which he called “a memorandum of accusations against the government.”

HRW’s report on the Rabea dispersal deemed police violence against protesters a “likely crime against humanity.” While the major focus of the report was on the dispersal of the Rabea al-Adaweya sit-in on August 14, HRW referred to five separate incidents of the mass killing of protesters by security forces following the military-backed ouster of Morsi from power on July 3, estimating that 1,150 protesters were killed.

The international rights organization called for President Abdel Fattah al-Sisi to be held “individually accountable for the widespread and systematic killings of protesters from July to August 2013.”

The report by HRW calls Sisi one of the “principal architects” of the July and August state violence, in his capacities as defense minister, general commander of the Armed Forces, chair of the Supreme Council of the Armed Forces (SCAF), and deputy prime minister for security affairs.

Iskandar said that the government’s final report would include an introduction on the events that led to the June 30 mass protests demanding Morsi’s ouster, followed by the committee’s findings and an investigation into incidents of violence chronologically as they occurred.

The report’s recommendations, according to Iskandar, also include a call to draft anti-torture and anti-discrimination laws.