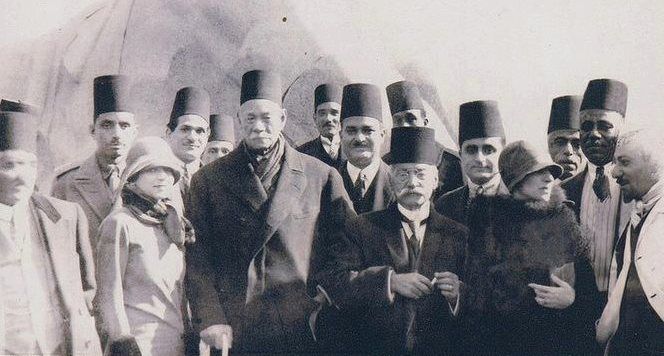 A photo of Saad Zaghloul was recently posted on the Facebook group Foto Masr with a short description saying it shows the leader visiting Mahmoud Mokhtar’s Egyptian Renaissance statue in 1927. A group member added a comment that this was not the official unveiling of the statue at Ramses Square, as that happened nine months after Zaghloul died on August 23 that year.

The page’s administrator, artist Hala ElKoussy, says she posts minimal information with images — often a date, photographer and location, sometimes with questions or pieces of a puzzle — leaving the Facebook community to tell the stories.

“When you don’t want to nail things, then it’s possible to see a different perspective,” she says.

Alongside many pages sharing contemporary imagery for political and entertainment purposes, several social media sites have emerged that are dedicated to posting historical images of Egypt.

They vary in format, including closed membership groups, open forums, and personal sites dedicated to the last king. Al-Lataif al-Musawara, Farouk of Egypt, Old Egypt History, Old photographs of Egypt and Old photos of Egypt are just a few examples.

Many images on these pages are from private collections, with several featuring family members and popular locations, as well as more prominent historical figures. Most cite a responsibility or desire to revive memories of the past.

A number of more official initiatives have also been started to counter a lack of regional archives, including CULTNAT’s Center for Documentation of Cultural and Natural Heritage, affiliated with the Bibliotheca Alexandrina, the privately owned Arab Image Foundation (AIF), based in Beirut, and the British Library’s Endangered Archives program. Dar al-Kutub (Egypt’s National Library) also has a huge collection. Some have accessible online platforms, such as AIF, or the just launched Fouad Debbas collection, which both hold a substantial Egypt collection.

Whether by individuals or institutions, the process of collecting old images is aimed at ensuring their preservation, but it’s also likely to be a commercial endeavor or an attempt to create a specific narrative, or both.

Scholar Lucie Ryzova has questioned notions of ownership by private collectors and institutions, held in opposition both to the state for its monopoly on history and to society because it doesn’t understand or take care of old photographs.

While treating photographs as “repositories of truth” can be dangerous, as Ryzova points out, Facebook archives of digital images are by their nature especially subjective and speculative, more likely to be completely severed from the physical object of the photograph itself. They can both illuminate and obscure details, or take images completely out of context, as Cairobserver’s Mohamed ElShahed recently highlighted.

But the use of social media for reproducing such material opens it up to a wider audience, encouraging a sense of ownership of history outside of the domain of experts. And communal archiving can enable memory by gathering signs from the private realm and moving them to the public sphere.

Like the hidden private collections written about by Ryzova, these pages tend to be laden with a politicized nostalgia for an often imagined pre-1952 Egypt. Their “about” sections are full of urges to “restore the splendor of the good times,” and comments often concern cleaner streets and more open, cosmopolitan attitudes. Accordingly, blame is assigned to those responsible for society’s perceived regression.

“We all grow up with the idea it was better before, but the issues are often similar,” says ElKoussy. “The responsibility for providing alternative versions of history is one we all bear.”

ElKoussy started collecting old frames in 2009 for a project she was working on and couldn’t bring herself to dispose of the images they contained. Soon, purchasing images on eBay turned into a hobby. But it wasn’t until she started posting them online to a select group of friends that she realized the advantage of collectively “deciphering what the images could hold.” She also posts images she has found online.

She maintains there are fewer nostalgic comments on Foto Masr than other sites, and selects some images — such as pictures of men in women’s carriages, or of busy tramways in the 1950s — in a concerted effort to counter this sense of false nostalgia.

Derogatory comments or denial are more common responses on Foto Masr. “Who would pay to sleep with this kind of woman?” wrote one commentator in response to an image of a 1920s sex worker. 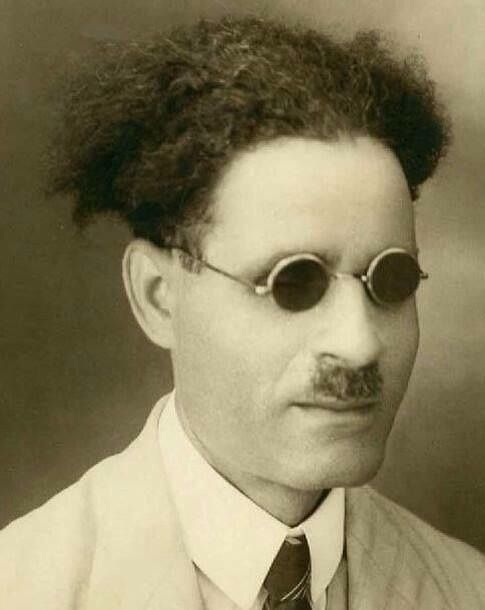 The most popular image on Foto Masr to date, posted on September 20 and shared 173 times, is of Egyptian writer Taha Hussein, probably from the 1920s. Several group members mocked his appearance, relating his disheveled hair to his blindness.

Prompted by her interest in people’s reactions and what this says about social dynamics and ways of seeing, ElKoussy says she tries to respond in a way that doesn’t close down conversation or tell people what they should think, but provokes self-reflection and dialogue.

ElKoussy says there are many myths about historical images, including the idea that most depict urban, wealthy subjects. Many of the pictures she has, from the 19th century to the 1970s, are from studios across the country, including Tanta, Mansoura, Monufiya, Minya, Assiut, and the countryside. People used to save up and have their pictures taken.

Like ElKoussy, most of the administrators of these Facebook sites are aware that photographs are transactive, not just communicative; that exchanges of images can build narrative structures and memories of the past as foundations for the future, as a variety of modes of seeing can re-engage and re-animate society.

“Always remember history repeats itself; you have to live the past as you want to live the future,” the administrators of Eyes from Old Egypt write.

And the main problem of using Facebook for these kinds of interactions — a lack of hierarchy or evidence of expertise online makes it hard to know whom to trust, and there is much standard Facebook chatter — is exactly why it engages wider audiences, stimulates self-reflection and helps form new subjectivities.

AD
You Might Have Missed
Carbon Colonies & A Green New Deal
What we talk about when we talk about trees
Mugamma revisited: Reimagining the building and the square
Where do old lesbians go to die?
AD
Laura Bird
29 articles on Mada

Topics
Related
archives
Palestine as archive
Sherene Seikaly | A man and his young son sit on two cement blocks, surrounded by piles of rubble that were once their
artist profiles
The guy behind Contemporary Art
Mai Elwakil | Type “contemporary art is” in a Google search, and the top three suggestions one gets are: “bullshit,”
Armed Forces
A dab hand: Straight from rifle to heart
Andeel | I listen to the same music you listen to, we have similar taste in women, I’m as ugly as everything